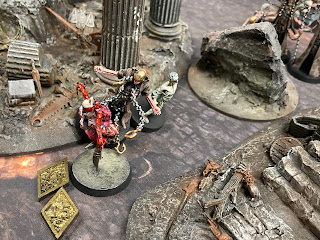 I had a fun, tense game with John.  In a standard game of IDOLS, both sides are trying to Reap the Lost Souls wandering around the Echo, the collapsed, shattered remains of Heaven and Hell. In the scenario we were playing, the side with the most Idols (player models) left on the table would win; Reaping a Lost would allow a [player to bring back a defeated Idol. Lots of twists and turns. I was lucky to slay John's Corrupter early, but he ended up slayng 6(!) of my 8 models. In the end game, I morphed my threated Reaper with my remaining Slayer, killing the Idol in contact. We were tied 6 slain models each, but by the scenario rules John's slain Corrupter was the tiebreaker! 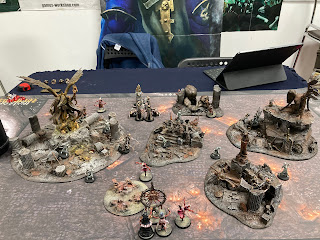 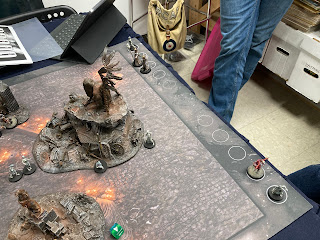 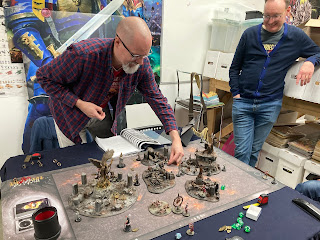 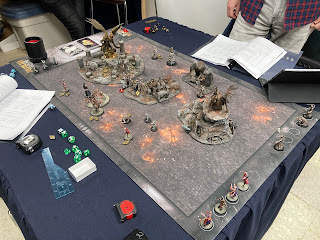 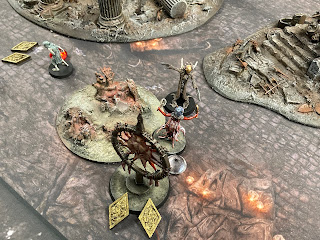 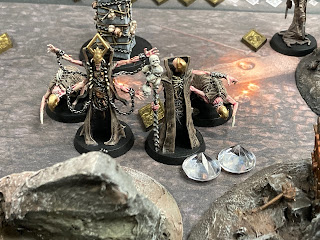 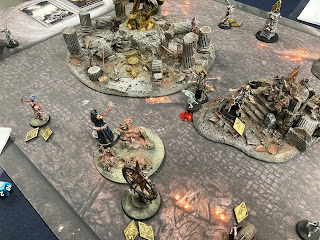 These are pre-production components, play mat, and 3D printed terrain and figures painted by the designers and John. Fellowship, rules discussion, and thin crust pizza!

I am looking forward to painting my Vain faction. Killer Venetian, flayed skin ballerinas with blades for fingernails and pointe shoes!

Got to say this does not interest me in the slightest!

Nice work guys - I know you have been contributing to the development of this game a fair bit, so it is great to see some minis coming your way! Well done, and congrats also to the developers for their successful Kickstarter campaign.

I was sorry to have missed the party, it sounds like it was great!