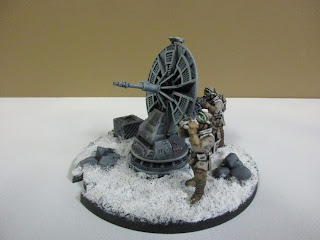 Soo... haven't been posting much in the past couple months but I have been painting a bit, so I'm gonna vomit up a huge lot of painting in this one post.

The subject, of course, is Star Wars Legion. As noted in a previous post, I'm trying to minimize the insanity of the new project by concentrating on a bite-sized chunk - the Battle of Hoth from The Empire Strikes Back. I've already posted about the first squad of Rebel Veteran troopers and my 3D-printed characters, so now we're turning to a Rebel heavy weapon and the first of the Imperial assets. 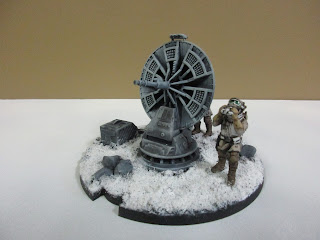 This is the 1.4 FD Rebel Laser Cannon Team - or as Star Wars grognards would know it, the Radar Laser Cannon. 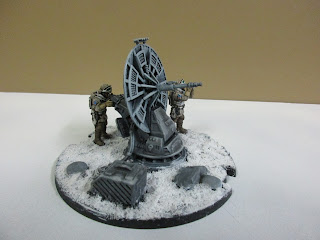 Like all of the Legion stuff I've painted so far, it's a fantastic model, well-sculpted and easy to put together. The only difficulty I had with it was remembering what paint colours I used on the crew. 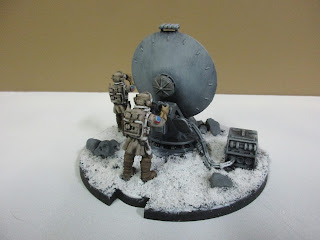 The base might be a bit oversize but allows for some diorama-ing. Plus you'll likely only have one on the table at a time anyway. 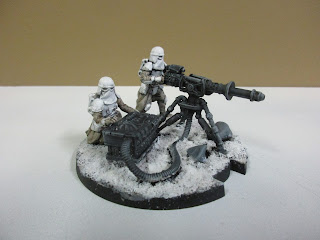 The equivalent Imperial heavy weapon is the E-Web Blaster. I was a bit less enthused about this model owing to the bendy plastic used for its parts. The barrel had a warp and would not straighten no matter what I did - boiling water quenched in ice water didn't even help. I complained to Asmodee but two weeks later received an email saying "not our problem, complain to the retailer you bought it from." Well, in this time of Internet shopping that ain't gonna happen, is it? So I straightened the part as best I could and carried on. 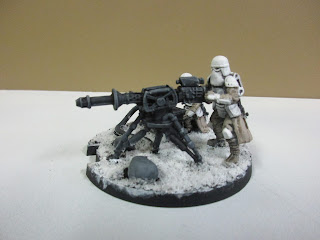 Looks pretty good as long as you don't study it too closely. 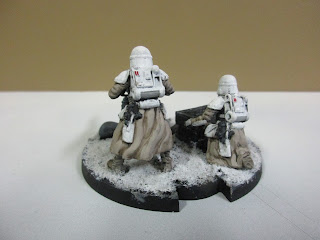 The crew looks awesome too, which brings us to... 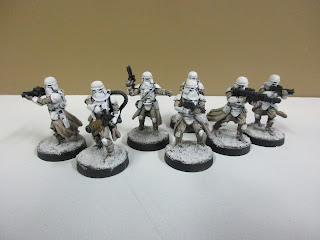 ...the first squad of Snowtroopers. You get seven in the box, each a multipart model made of hard-ish plastic. No sprues though as the parts are all in baggies and cleaned up ready for assembly. 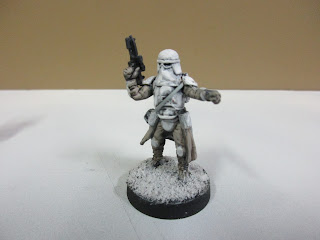 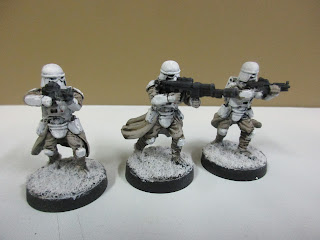 Three troopers firing - the middle one has some sort of heavier blaster. 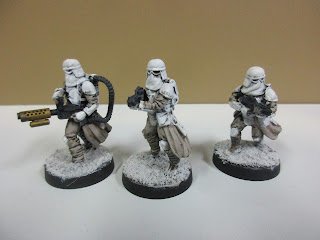 Trooper on the left is carrying a flamethrower, which I think looks awesome. 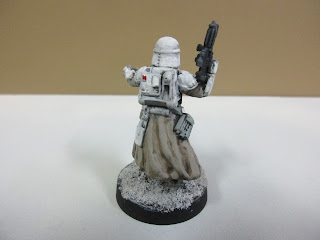 Back of the squad leader. I love these models and they're super easy to paint too. 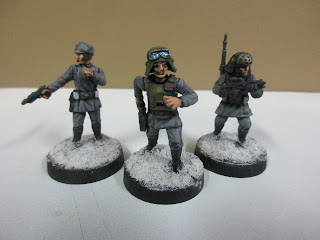 I also picked up the Imperial Specialists box and General Veers (centre). The Specialists box includes the officer at left and comms trooper at right, as well as a medical droid and astromech droid (not yet painted). 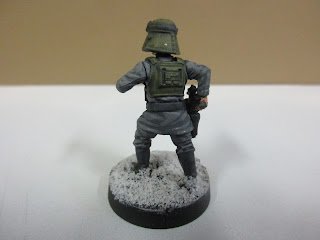 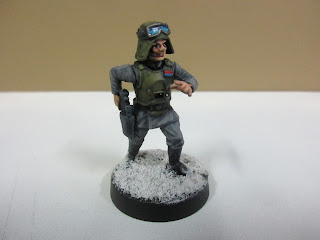 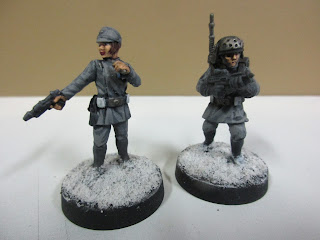 Maybe not dressed exactly for the weather but I think they look fine on snow bases. 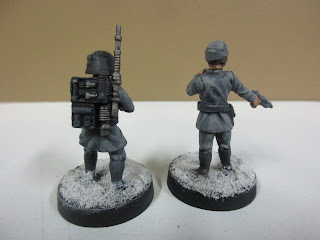 Quite the comms rig on Jimmy there! 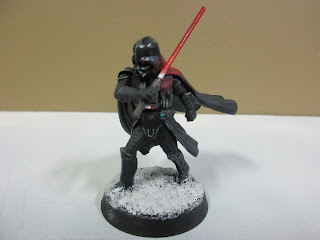 Lastly, what would an Imperial force be without Lord Vader? 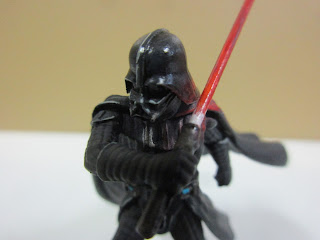 This is a really nice Vader sculpt, somewhat let down by materials. The saber I had to replace with brass rod as the plastic original was wavy as hell. The replacement looks fine I think, as I chamfered the tip with a file. I've attempted some rudimentary OSL here which I think turned out "OK" but not great. 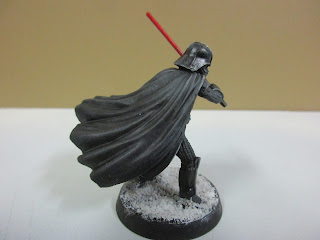 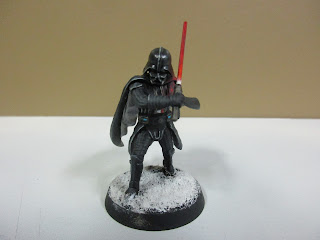 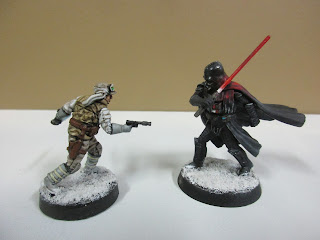 The duel on Hoth that never happened!

Anyway, that brings us bang up to date with my SW Legion painting project. Next up will be some more rank and file for both sides before I get at the Scout Walker, that'll be fun as well.

This is all great work Dallas - and helping to inspire my own Legion project. Well done.

Lovely work on them all!