Well, I suppose it was somewhat inevitable that if one of the Conscripts got into a new Star Wars miniatures game (DAVE V.), I would also eventually get sucked in. I managed to avoid the Imperial Assault quicksand but the Legion models are just so nice I had to take the plunge. 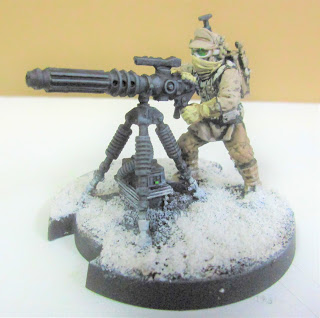 The major hurdle I felt in jumping into Legion was the question of scale. Years back, I'd amassed a fairly sizeable collection of the WotC "Star Wars Miniature Battles" pre-painted soft-plastic figures and Conscript Towers saw A LOT of games played with these models. Then along came Imperial Assault in a slightly larger scale, ensuring that no mixing between the WotC models and FFG models could occur, and this helped me resist assimilation. 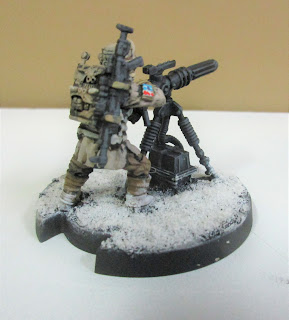 But now we have Star Wars Legion and the models are soooooo nice that it's practically impossible to resist picking some up, if only just to paint and admire. 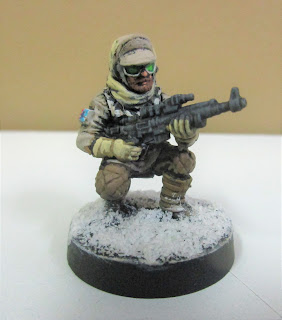 I've decided that this is what I'm doing with this project. Conscript Dave V. has amassed a very impressive and comprehensive collection and I can't wait for him to put on a game or two for us. One thing that Dave's very into is the third-party 3D printed model producers, and I made the mistake of taking a troll on eBay a couple weeks ago for Legion 3D prints. I found a really lovely set of Han, Luke and Leia all in their Hoth garb and bought it, and of course thought it would be irresponsible not to also buy some Hoth Rebels to support them. So here we are. 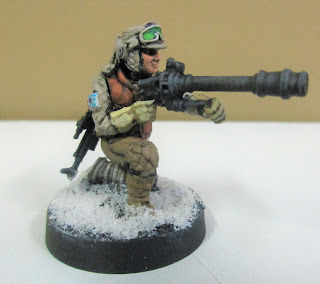 The Rebel Veterans set consists of seven infantry models, including one shown here with a CM-0/93 blaster, and one crewing a tripod-mounted Mark II Medium Blaster. The rest carry A-280 blaster rifles. 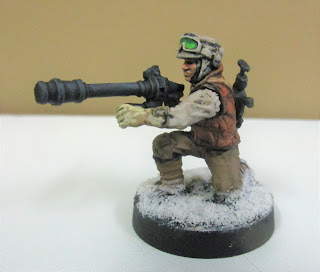 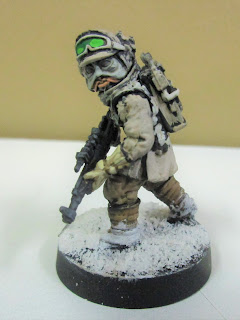 There's even a Sullustan Rebel Veteran! Since there's already a "Nien Nunb" and "Ten Nunb", maybe this guy is "Elephen Nunb"? Dunno, but it's cool that FFG are introducing some diversity into the Rebel forces. 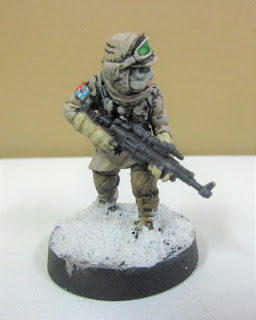 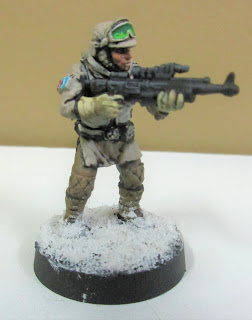 The models are cast in a soft-ish plastic that caused me some worry. This will be immediately understood by anyone familiar with the bendy garbage from Warlord Games. Fortunately the FFG models aren't too soft or bendy - they're not as hard as injection-molded plastic models from, say, Games Workshop, but are close. 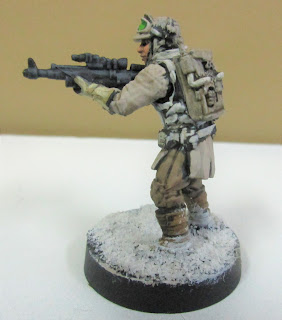 The models assemble very easily and the sculpting is top-notch. Really nice. 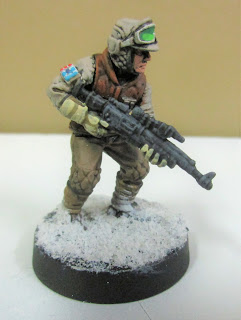 There were just a couple of bendy muzzles that resisted hot-water straightening but fortunately they aren't too noticeable. 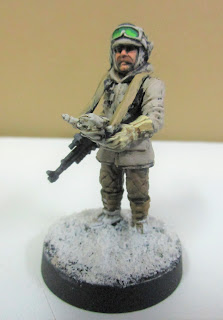 The section leader is really a great model too. I love the screen-accurate moustache as well. 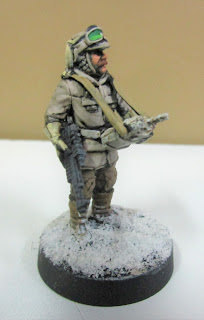 I really like this set and will probably paint more Rebels for Hoth battles. One of the cool things about the Legion Rebel troop assortment is that even the basic troopers or even Commandos will fit into a Hoth environment by just painting their uniforms in similar colours. The Rebels were a bit of a rag-tag bunch after all, and not everybody need look the same.
So there we go... maybe some snowy Imperials next...?
Posted by Dallas at 9:53 AM

Well done Dallas! They look great.
I'm also glad to see another Conscript blamed for collection escalation...
That said, I look forward to watching this "small force" grow and grow and grow...you know, just to "round things out"...

Great looking figures! Welcome to the Legion quicksand, good news is there’s a lot of us that have gotten sucked in by these figures.