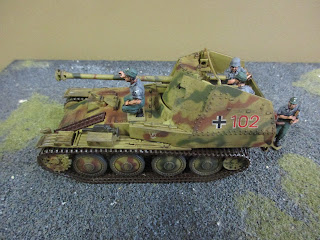 Well, say what you want about the pandemic, but all of this isolation has certainly been conducive to getting some painting done. This seems especially true when it comes to odd little projects or models that don't take up much time, but for which there hasn't seem to have been any time...

One such project is painting crew for open-topped AFVs. I only have a few of these in my collections but it always irritates me to put them out on the table with no crew. So when I ordered the British and US tank crews from the Perrys I took the opportunity to order a German crew for this vehicle too. 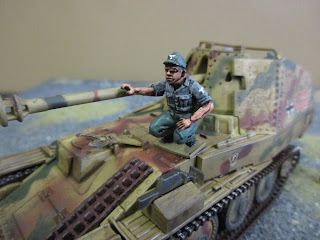 This, friends, is a New Millenium diecast 1:48 Panzerjaeger 38(t) mit 7.5cm PaK40/3 Ausf M (Marder III) - Sdkfz 138. It came pretty much just as seen and cost about $15, ten years ago. The only things I've done on the model were to wash it with good ol' Agrax Earthshade and touch up the exhaust and muffler. That's it. 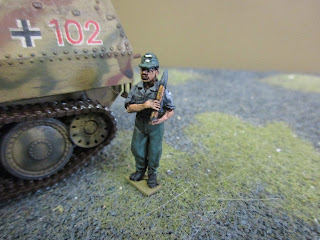 The crew are from Perry Miniatures - their pack #GWW7 - Marder crew. The models are really intended for North Africa, but I've painted them for NW Europe or Eastern Front duty. There are six models in the pack but the two not shown are really North African-specific in appearance. Fortunately these four are in shirtsleeves, so I've painted them with grey shirts and field-grey wool trousers. 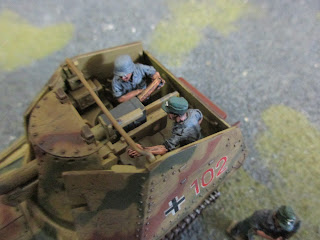 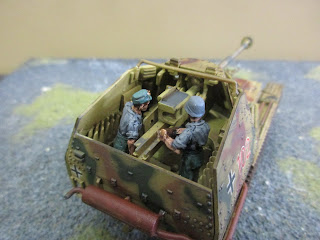 View from the rear of the vehicle. 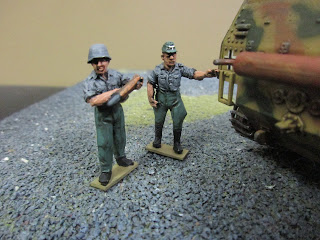 Here's the two fellows from the crew compartment. The officer at right wears Afrikakorps-issue high desert boots, but they aren't visible when he's in the vehicle. 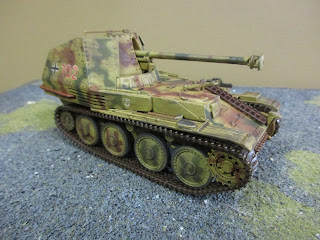 Marder III is very well painted and detailed right out of the box. As noted, it just needed a wash of Agrax to tone down the colours and punch up the panel lines. The vehicle bears insignia of the 12. SS Panzergrenadierdivision "HJ" so I've given some of the crew sleeve eagles on their service shirts. 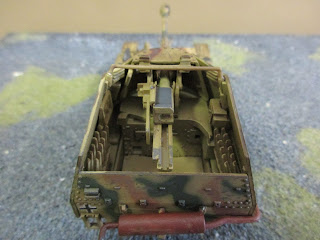 Fairly detailed interior but really only room for two figures. 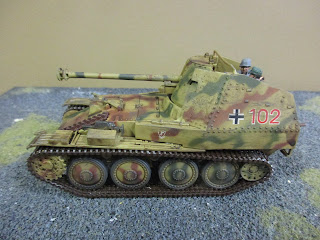 The Marder III as it will go into tabletop action. 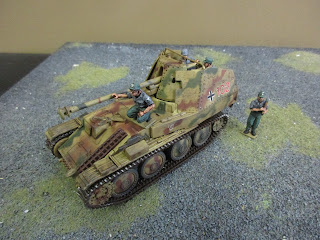 Job done... looking forward to seeing this model out on the table for battle soon, but who knows when that might be...

So until next time - stay healthy friends!
Posted by Dallas at 11:33 AM

Yes...a good chance to get painting done. Have to say I hope we get a chance to game with all of these lovely pieces sometime soon...

What a lovely job, bravo Sir!

Great job, Dallas! The figures add life to those vehicles.