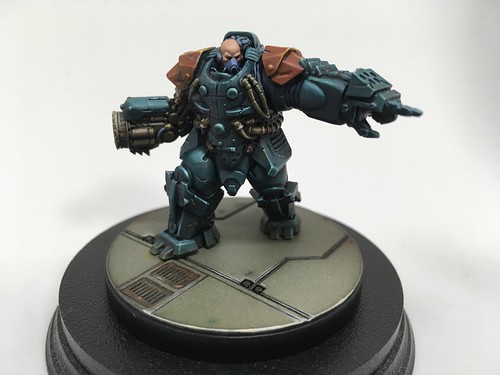 I have mentioned before the cool heavy armour of the Sedition Wars universe, the Gnosis Battlesuits. In-game, such equipment is issued to the elite of the Vanguard. These suits are like little tanks; they're immune to nasty things like acid and fire, and when finally wrecked the pilot can climb out to continue the fight!

Back in 2013, Studio McVey released a high quality resin sculpt for Salute 2013, Commodore Grist. I managed to find one over the summer online, and just finished painting it up.

I used many very thin layers for the zenithal highlights. Only 5 drops of colour (4 white and one green) in the small metal cup in the airbrush, 5 drops of thinner, and the rest water. You don't see the "dots" of the spray as much, just a smooth transition from dark to light. See the shoulder pads and gun in the photo below. 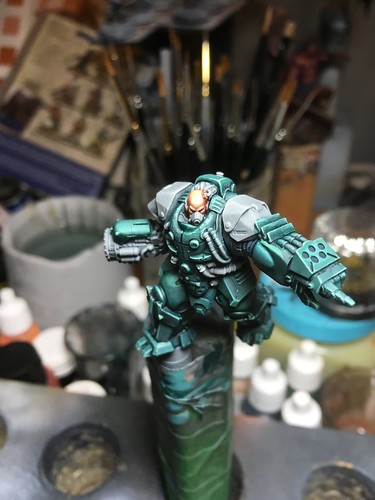 I did most of the head/face in Vallejo acrylics, with some oil paints to smooth out transitions.

I augmented the usual glazes of Coelia Greenshade (the green parts of the armour) and Fuegan Orange (shoulder pads) with actual painted colour layers in acrylics. The armour and shoulders used the Vallejo Yu Jing paint set. However, Seraphim Sepia continued to work well on the gun and the "plumbing" of the suit. I used artists' oils for blending, point highlights, and special effects such as chips, scrapes and impact damage. Vallejo powder went on the lower part of the boots. I airbrushed the base separately with Secret Weapon Stone, and weathered it with oils. 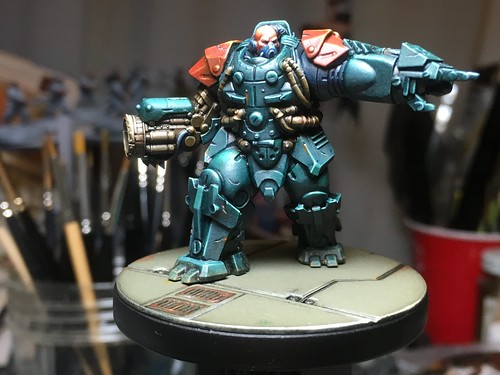 Below, the nominal light source for painting highlights and shadows was above and in front of the figure's forehead. 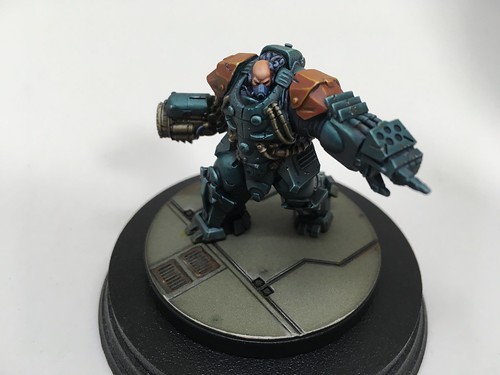 The rear parts of the figure fall into slight shadow. 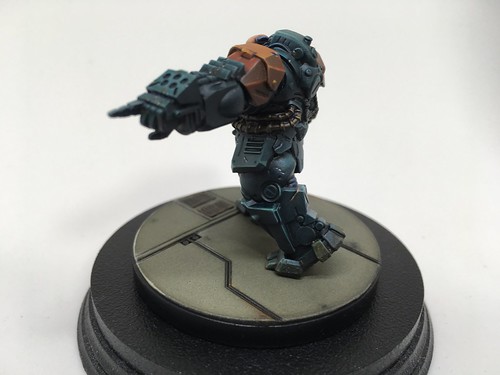 I also debated painting Vanguard insignia on the shoulders using freehand techniques. Decided against it. The Vanguard don't seem to use insignia on their Gnosis armour. Maybe their connection to the Tac-Net precludes the need for visual identification? I can always go back and add some markings. 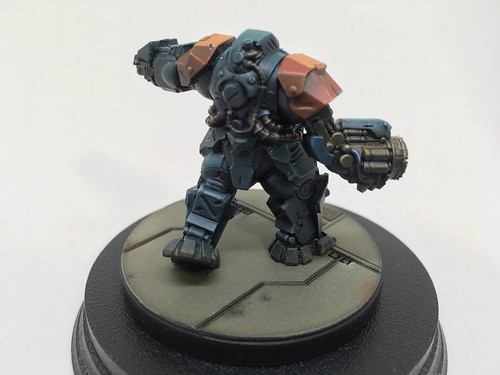 I debated using OSL to make the muzzle of the plasma gun glow, but decided against it. 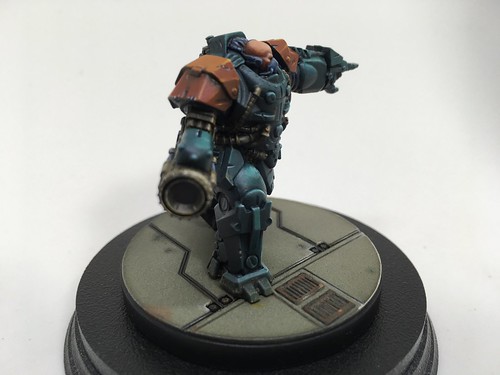 Below, details of the power fist and its damage. 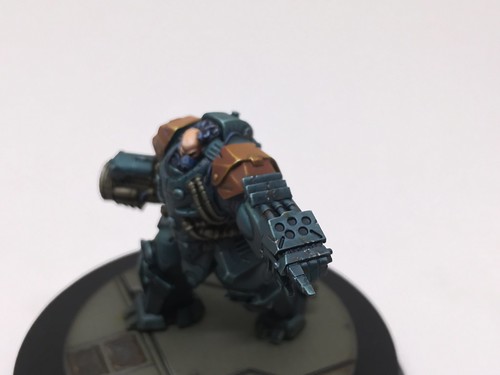 Comparing this to previous Vanguard figures, the armour colouring  is deeper and richer, I think because I am not just relying on glazes over white for the highlights.

Just one more figure, the big boss Cthonian, to complete phase one (the Battle for Alabaster boxed set) of the Sedition Wars project.

Back in September, I attended a great painting seminar put on by Polish master modeler Michal Pisarski, winner of both the Crystal Paintbrush and GW Slayer Sword. The seminar was all about skin tones and non-metallic metallics. The figure we used was a large scale bust of a vampire. At the end of the seminar weekend, he shared some tips on painting wargame scaled figures.

He completely repainted the blade of my Kara Black figure from Sedition Wars. From Michal's POV, at this scale less is more. He painted the blade flat black. The hottest highlight is at the tip of the blade, in pure white. IIRC, he added blue to the mix as he worked down the blade toward the hilt. Note also the very fine scratches and irregularities along the blade's length. Michal's brush control is superb; this was all done in about 10 minutes with watered down acrylics. 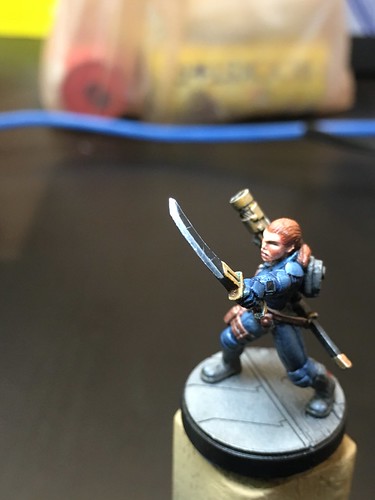 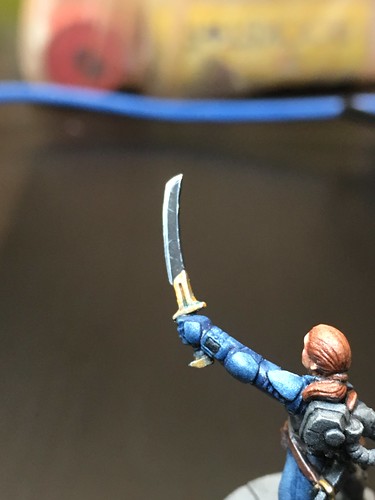 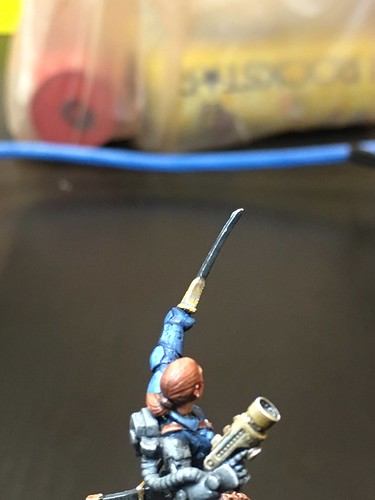 Pretty incredible work there Dave. That power armour is really something!

Marvelous paintjob you did, that looks outstanding.