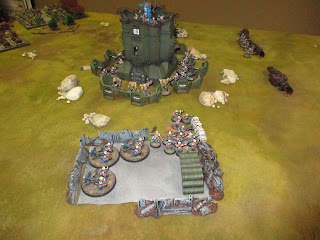 A few weeks ago, Founding Conscript Curt was in town so we decided to host a Thursday game that he would be sure to get a kick out of - a 40K 8th edition smackdown pitting Conscript Greg's amazing Praetorian Guard against my all-metal all-Rogue-Trader-era "Red Star" Space Orks.

Of course we had to call the battle "Bloodbath at Orks' Drift!" 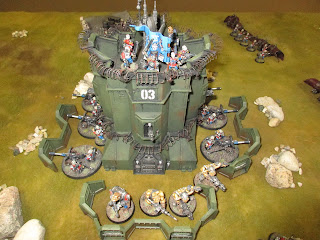 The idea was that the Praetorians were defending an outpost and some ruined buildings on some forsaken planet or other that had been overrun by Orks. The outnumbered (but sadly not outgunned) Praetorians had to hold out against overwhelming odds to defend the outpost. 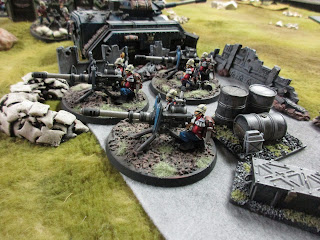 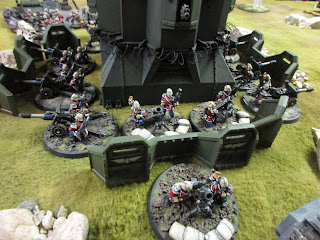 Lots of heavy weapons in the Praetorian force. They are obviously believers in the "bigger gun theory." 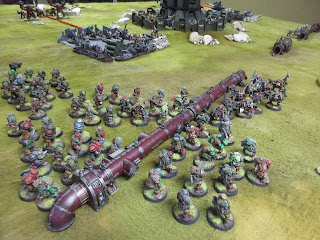 Conscript Curt and I took command of the Ork horde. We had three large units of Boyz as well as some Tankbustas in a trukk, two Deff Dreads, a unit of 10 Stormboyz, and a Boss in Mega-Armour with a Mega-Armoured retinue... and of course, Da Red Barun! 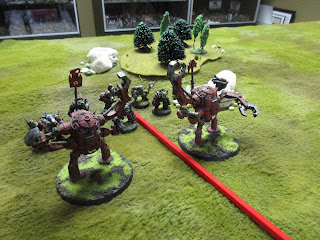 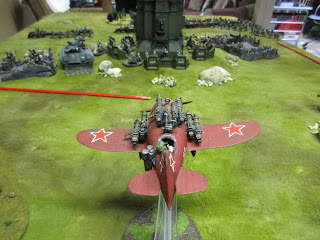 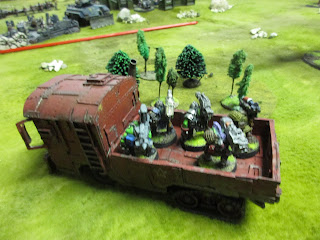 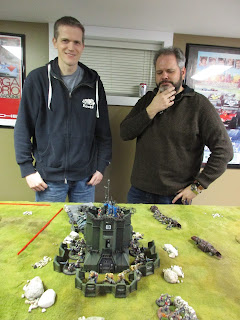 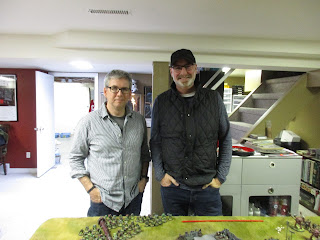 Ork bosses me and Curt! 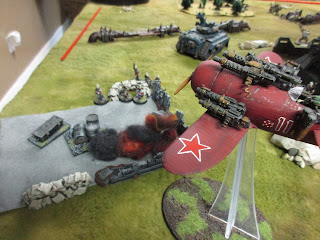 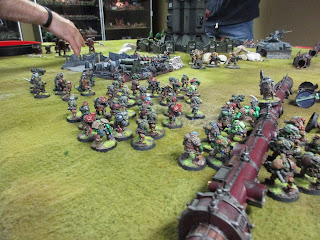 The green tide flowed across the battlefield in the classic "Headbutt of Mork" formation. 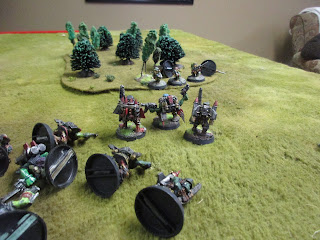 The Stormboyz did not do great in this outing - Praetorian shooting wore them out to the point of ineffectiveness. They did manage to take out the Ratlings though - but just barely! 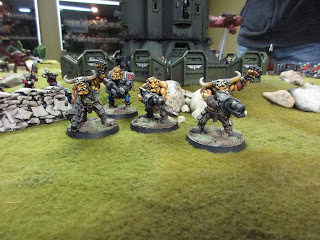 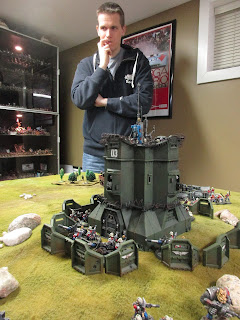 Praetorian commander pondering his next move. 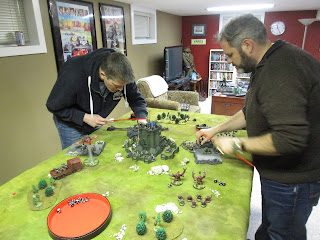 I'm not gonna go into great detail on the battle itself as frankly, we're more about the social interaction and spectacle than who wins or loses. (This is especially true if I'm on the losing side). Suffice to say that the Orks did not succeed in wiping out the Praetorians as was required to fulfill their victory conditions. However, we did have a ton of fun playing with some models that hadn't seen action for some time, and that was cool. But I guess I shoulda brought out the Stompa after all! :-)
Posted by Dallas at 10:30 AM

Yay, the Red Star Boyz out again! Nice seeing the Barun and the War Bus, that was pretty much the first post of yours I discovered :-)

Looks like a great game! Love the old metal minis!

This was an awesome game, and a great time. Thanks again for hosting it dude.

It was a great night out. We got stomped pretty bad by the Hummies but I particularly enjoyed seeing the Red Barrun make his mark on the battlefield.