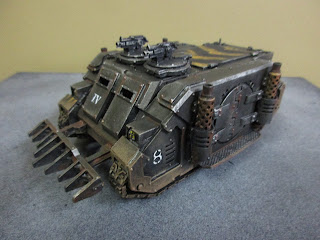 Back again with another Iron Warriors update... this time it's some vehicles: a Deimos-pattern Rhino APC and a Legion Medusa self-propelled gun. 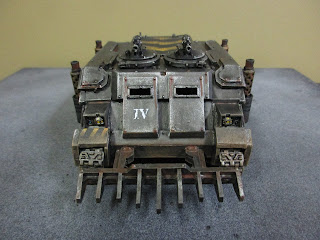 First up, the Rhino... I really like Forge World's modern take on the old MKI Rhino. Callbacks to the original design include the front glacis shown above... 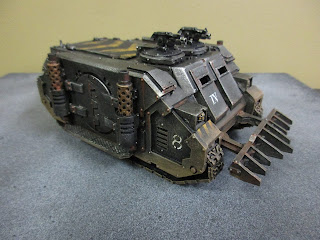 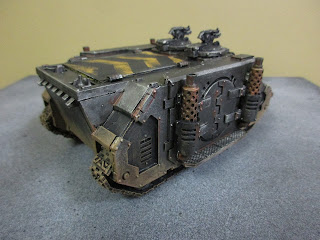 This model actually assembled quite easily and quickly. The only real challenge I had was sticking together the top doors - I didn't glue them down, as I wanted to be able to paint the passenger compartment of the vehicle, or use the vehicle as the "Razorback" variant by substituting another plate and adding weapons. 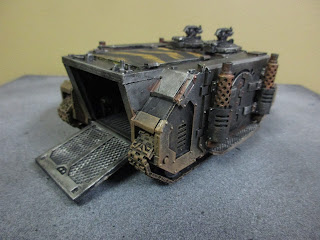 I assembled the model so the back door could open, also. 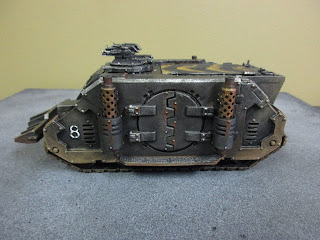 Here's a great view of the original detailing. 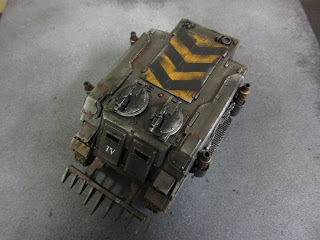 Top doors are detailed with chevrons. 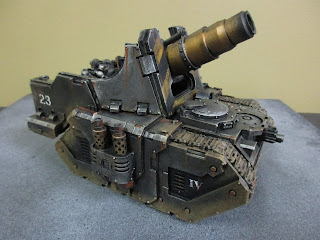 Next up was a bit more challenging build - a Legion Medusa SP gun. 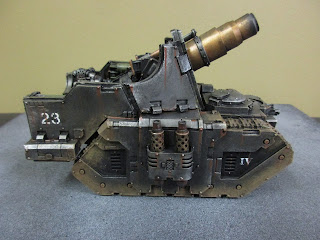 While I used to really prefer the Armageddon pattern, the Legion variant does have its own appeal as well. Those side exhausts are pretty cool... 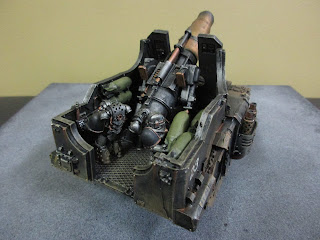 ...and the exposed crew compartment to accommodate the included Space Marine gunners in MKIV armour is a great detail. 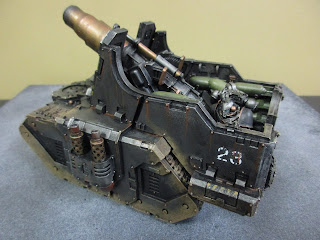 Just for the record (and as an aide-memoire for me) here's how I painted both vehicles: 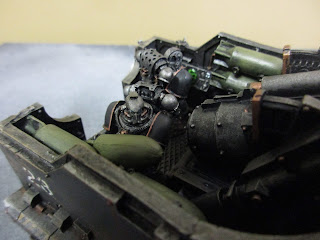 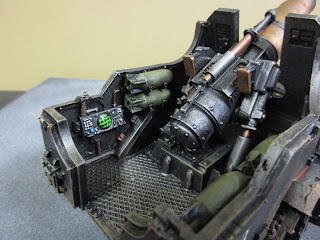 Just a bit of detail to paint in the crew compartment. 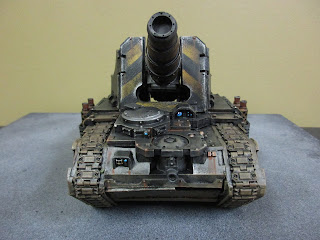 "Though my guards may sleep and my ships rest at anchor, our foes know full well that big guns never tire."

Well, it was fun to get these vehicles done, but IW production is a bit bottlenecked because I've gone and lost my FW decal sheet... likely taken out with the recycling at some point - grrr. Anyway there's a few Marines stacked up that need decals but are otherwise done (including a lascannon heavy support squad) and it'll be good to get those into the roster. Next to be painted will likely be more tactical Marines.
Posted by Dallas at 9:46 AM

Very nice! I also didn’t know you had a medusa. Further escalation may be necessary.