Another couple of units completed including a few Elite options and a badly needed HQ for the Fists. The Fists first outing wasn't as brutal as I thought it would be. They suffered the brunt of the Iron Warriors heavy firepower, but they managed to keep them occupied until the end of the battle. 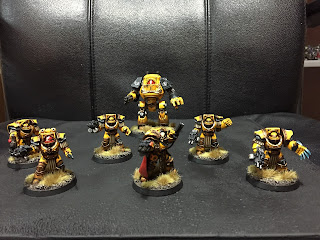 All from the Calth box I believe. 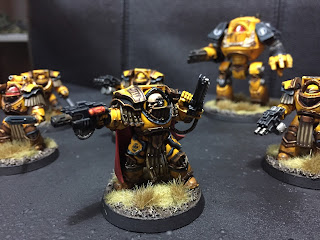 I'll use this figure as my HQ choice for now. I have a proper HQ unit assembled, but not primed. 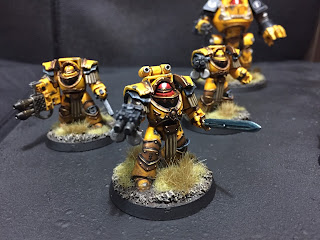 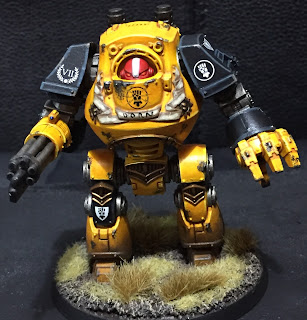 The first of 3 Contemptor's with Forgeworld decals.


Up next is a Sicaran tank and Proteus Land Raider.
Posted by MFraser at 8:35 PM

"Keep them occupied" indeed - the Raven Guard have entered your Imperial Fists in a special "thank the Emperor that wasn't us" section of their Legion records...I still can't get over the firepower of those Iron Warrior terminators...

Very nice indeed! Can’t wait for another outing with the Iron Warriors against these guys! Perhaps I’ll be smarter and use the krak missiles on the Siege Tyrants next time...