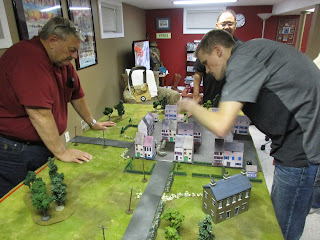 The Bolt Action set of rules for WW2 skirmish games have been popular around Fawcett HQ since they were published several years ago. We recently played our first game of Bolt Action, second edition and got a chance to see for ourselves what improvements have been made. 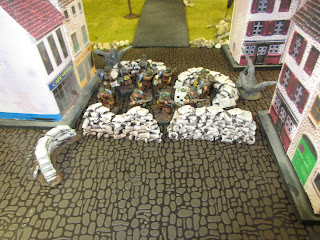 I came up with a scenario loosely based on the opening scene of the film Dunkirk, in which we follow "Tommy" (Fionn Whitehead) as he flees the Germans, ending up jumping over a sandbag barricade defended by some French soldiers. Our game follows the French and British defenders of a village outside the Dunkirk beachhead and the German attackers attempting to punch through the Allied defences to reach the beaches. 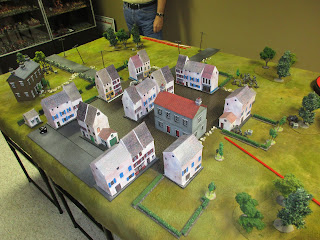 Here's the terrain set-up. German table edge is the long edge at top right. The Dunkirk beaches are off the table to the lower left. The Germans have to take the crossroads to enable their breakthrough to the beachhead. 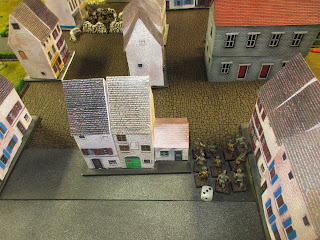 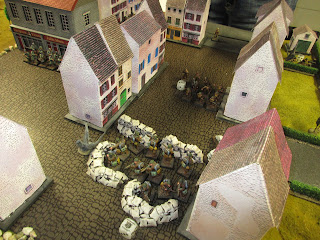 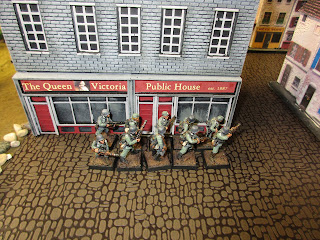 Germans infiltrate the village. Why is there an English sign on the French cafe??? 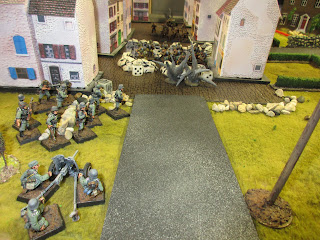 Frontal assault on the barricade as the Germans roll up their 37mm PAK gun. 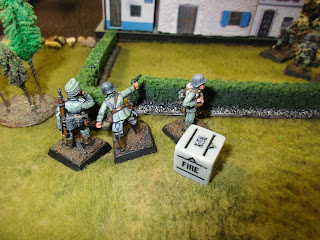 German HQ element rushes up to support the attack. 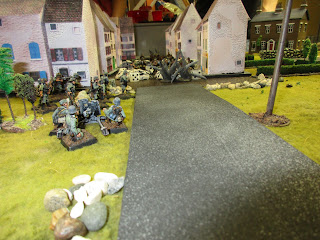 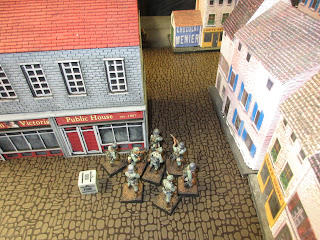 Firefight about to erupt in the village - British soldier just barely in view at top centre. 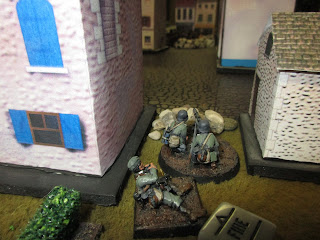 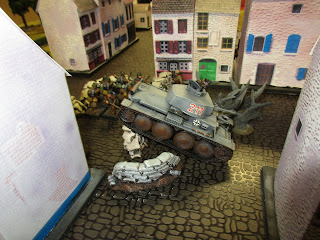 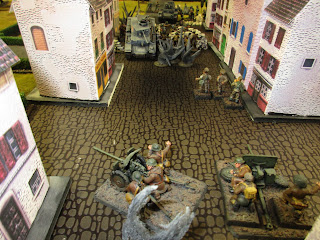 British and French AT guns prepare to engage! 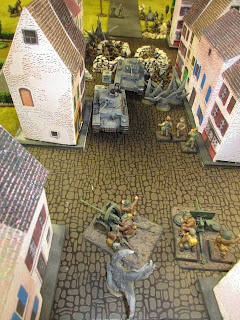 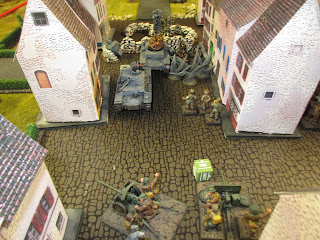 One Jerry tank brews up in spectacular fashion!

I guess the Allied war correspondent must've been captured at this point because there are no more pictures of the action...

In any event it was a fun and good-looking game and the lads seemed to enjoy BA 2ed. The main change we noticed was the ability of officers to activate other units as well as themselves, which really enables some tactics to be used in supporting attacks. In the original BA rules, you'll recall, multiple unit activations are entirely at the luck of the draw. You could have had a meticulously planned supported assault planned but execution was at the whim of the dice gods, depending on you drawing the correct coloured die out of the cup. BA 2ed alleviates this somewhat because when you activate an officer, he can pull more dice out of the cup and activate other friendly units, enabling supported attacks or other combined tactics. I'm sure there were some other changes but that was the major one that we felt helped the flow of the game.
Posted by Dallas at 4:06 PM

It was certainly a fun game to play.