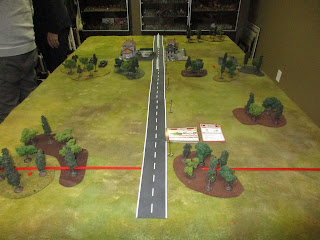 My current mania is Team Yankee, Battlefront's new "Cold War hot" game set in the 1980s. While Conscripts Greg and Mike have extensive 15mm modern collections, and Conscript Byron is amassing a 6mm horde, my only forays into modern gaming in a small scale has been my 15mm Yom Kippur War Egyptians. However, fond memories of Airfix 54mm Bundeswehr figures I had as a kid, plus the fun of painting NATO three-colour camo, sucked me into collecting a force of West Germans. 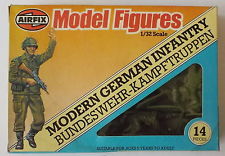 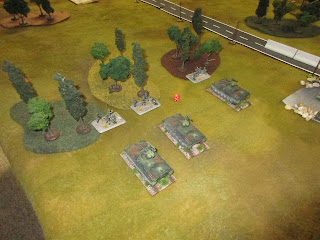 Anyway... in honour of my completion of my first Bundeswehr troops (the "Kampfgruppe Mueller" box from Battlefront) Greg kindly brought his toys over for a game.

We set up the first scenario from the Leopard book - "At the Forward Edge of the Battle". This involved the West German forces trying to blunt a Soviet spearhead with a rearguard action. We used the five Leopard 2's and PAH helicopters I'd painted, reinforced by some truly lovely models (Marders, panzergrenadiers and Gepard AAA vehicles) that Greg had obtained from "tacobat", a modern wargaming enthusiast blogger well-known to many of us. 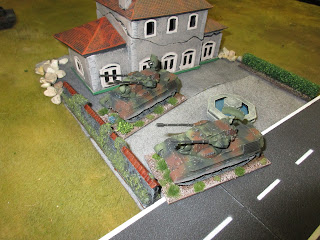 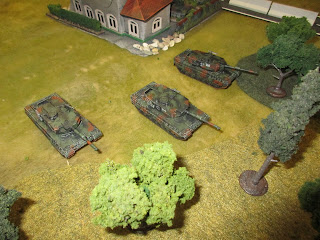 We deployed the West Germans mainly behind the treeline holding the first set of objectives for the Soviets. After a set number of turns, the objectives shift to locations near the West German home table edge. The Soviets have to motor on in order to gain these objectives. 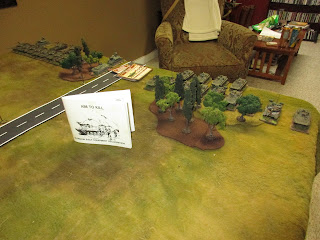 Here are the Soviets - a horde of T-72 tanks supported by an entire Motor Rifle Regiment in BMPs (at least it seemed that way). Also seen here is my "period" copy of "Aim to Kill - Warsaw Pact Equipment Recognition Manual" previously owned by one "Captain George". A very cool piece of Cold War memorabilia, the manual comprehensively sets out the WarPac vehicles and equipment of the day, their recognition features, armament, strengths and vulnerabilities. 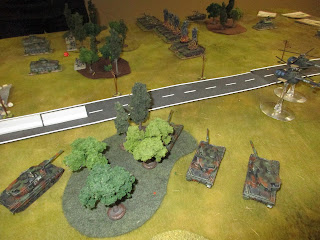 On to the game... Conscript Hugh rolled his main body of T-72s up on his right flank, aimed at the Panzergrenadiers dug into the treeline and guarding one objective (red die in photo). As the Soviet tanks approached, the Leopards swung the gate and lit them up. The PAH helicopters popped up to join in the fun... 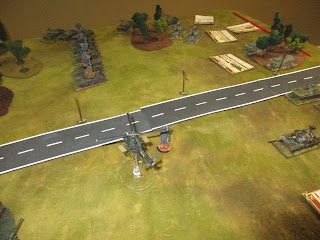 ...but suffered the fate of many a newly painted model, shot down in flames before blowing anything up. 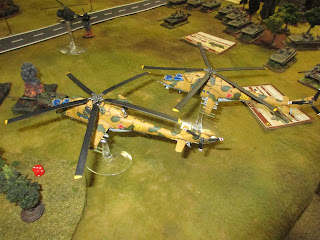 The Hinds duly appeared, but fortunately for the West Germans they suffered the same fate as the PAH helos, two Flakpanzer Gepard AAA tanks were on the case and duly evaporated them in a hail of 35mm shells. 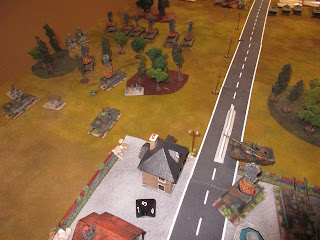 But then it started going a bit pear-shaped for the West Germans.  Stuff started blowing up and the weight of Soviet numbers really began to tell. The Marders began to pull back from the woods at left and the Leopards were getting dinged too... a bad morale failure for the Leos sent the remnants of the platoon skedaddling to the West. 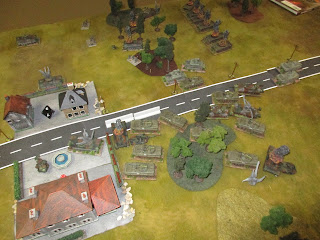 Here's how the game ended. The West Germans really didn't have anything left to block the Soviet advance. The remnants of the Leopard platoon, of course, will regroup farther west to fight on (right?)... but for now, the Soviets won the day, but at a high price...

The scenario was the first game in a longer campaign, and of course the results have ramifications later on. I'm looking forward to playing out the rest of the campaign, adding in my own models as they get painted - so far I've added two Gepards and three Fuchs transports. Still need to paint some infantry and the Marders that are now assembled... not to mention the M109G SP howitzers I left in Brandon a month ago (long story...)
Posted by Dallas at 9:24 AM

Flaming tank wrecks all over the table...Team Yankee is a good time :)

Models look really nice!
15mm seems a little bit to big for this level a game...

@tacobat - any of those models look familiar? :)