Some time ago, we played another game in the long-running Wings of Glory campaign. For that night’s game, the first game of the campaign set in 1917, the scenario is Mission 4a: Stalled Advance:


Background: Hoping to prevent a stalemate and gain the upper hand on Intelligence for a major ground offensive, HQ has called for a renewed effort to eliminate the enemy’s observation balloons.
Type: Balloon Busting
Victory Conditions: Mission Points.  The side with the most mission points wins the mission. For this mission, Balloon points are worth double the normal value.
Fallback: Mission 3a or 3b
Setup: Mission was played length wise on a 4’x6’ table. The Attackers have a 16 inch deployment zone and the Defenders have a 32 inch deployment zone. This leaves 24 inches of No-man’s Land.


Frederick and Kevin ran, respectively, the Germans and the French. Since it was 1917, the best pilot character on each side got an upgraded plane: an Albatross D.V. and a Spad XIII.

Below, Kevin contemplates the table. 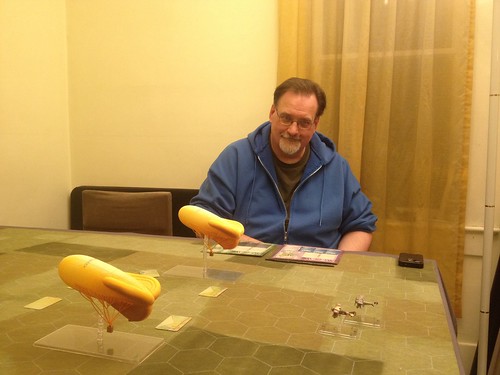 Frederick overlooks the defending artillery observation balloons, and the pair of machine-guns placed between them, deep behind the French front line trenches. 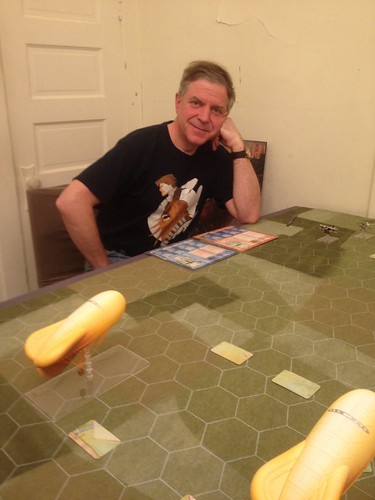 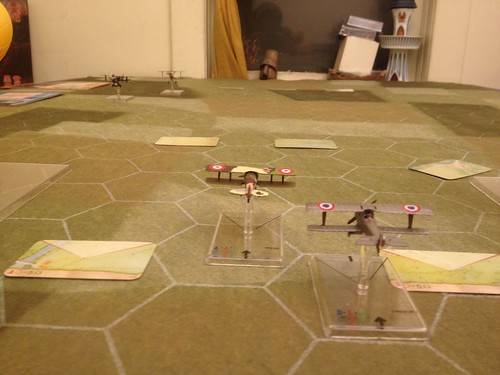 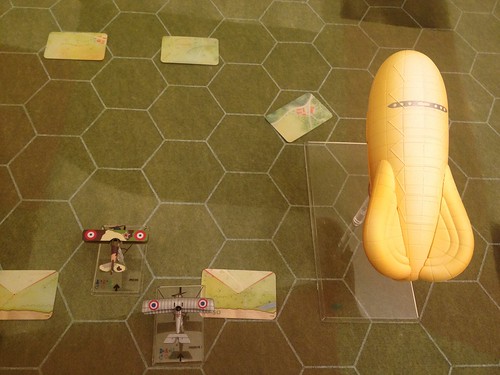 The French opted to pass to the south of the Germans, seeking to gain their tails. 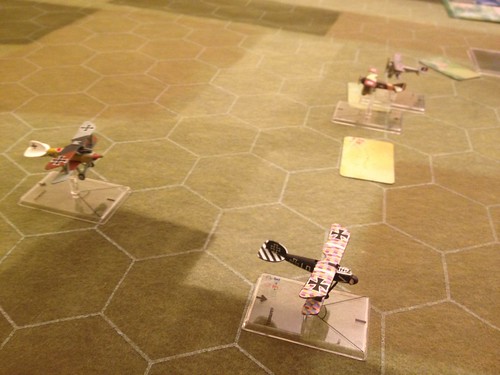 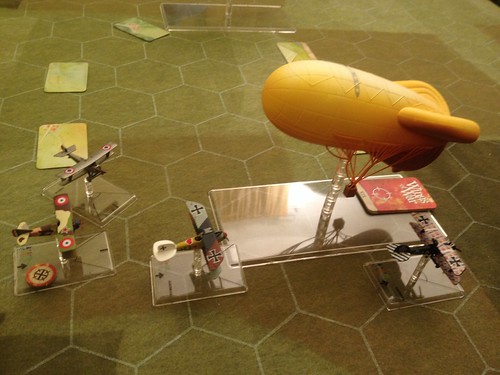 ...and took several more as the Germans made long firing passes. 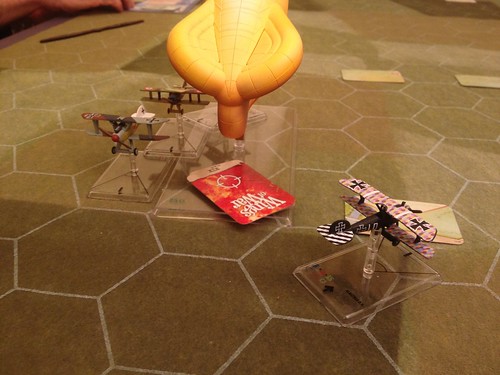 The French ganged up on the German wingman, who weathered their shots. 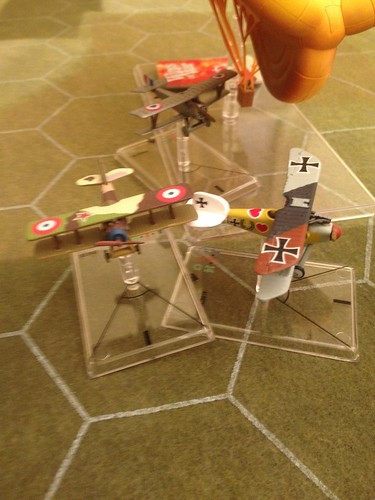 The German flight leader then fired on the southern balloon. 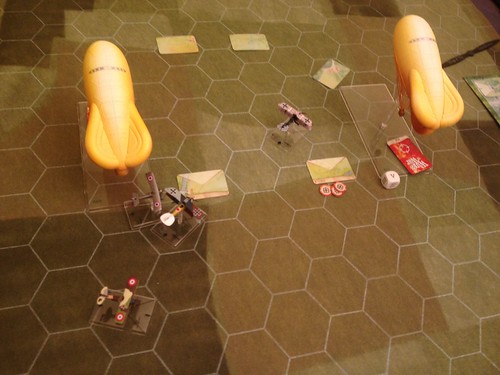 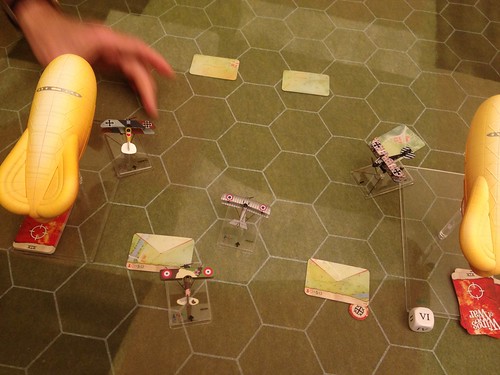 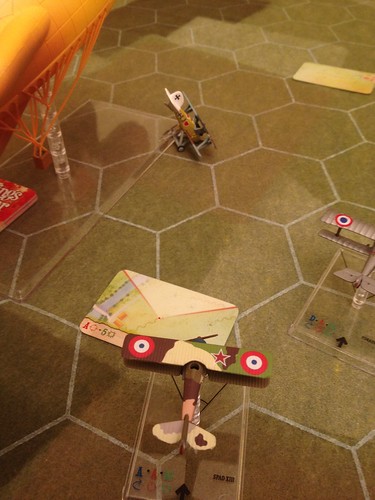 By this point, the balloons had been winched down half of their altitude; the French might save them both! 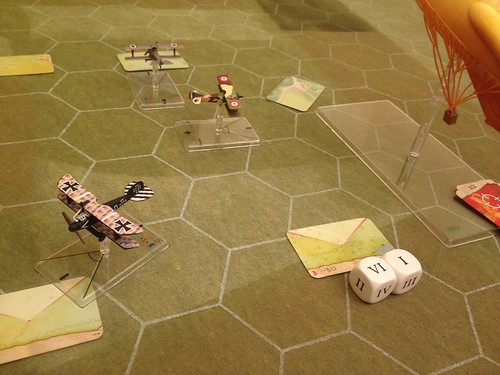 Frederick's flight leader made a couple of passes at the northern balloon again. 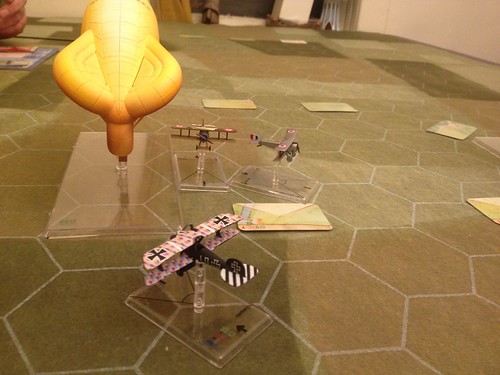 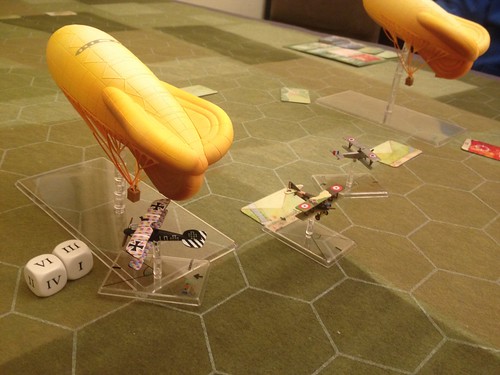 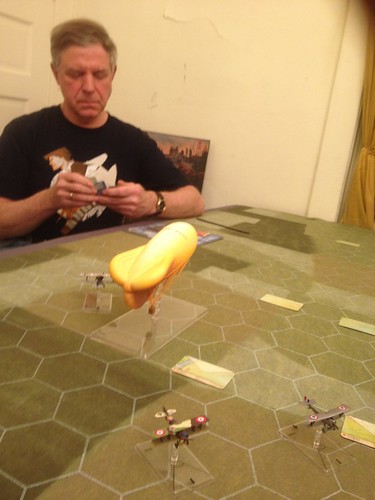 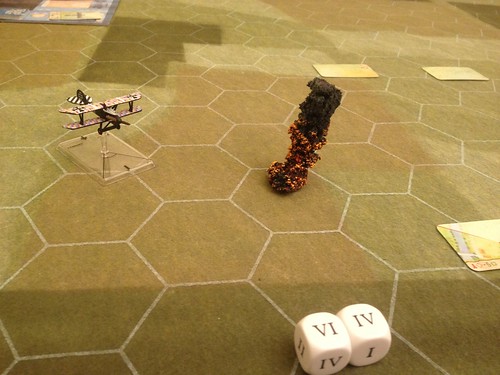 Jousting with the French, the surviving German opened up his throttle... 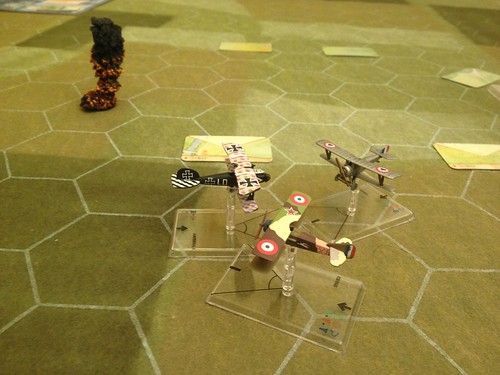 ...and headed east for home. Only the Spad had the speed to potentially catch up. 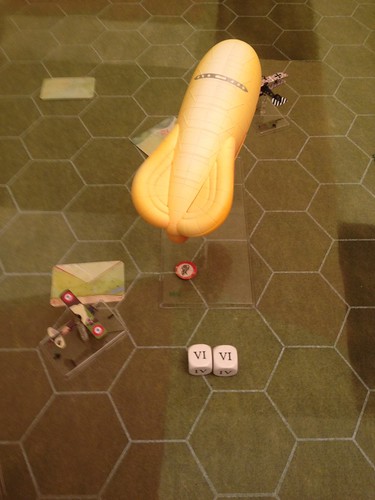 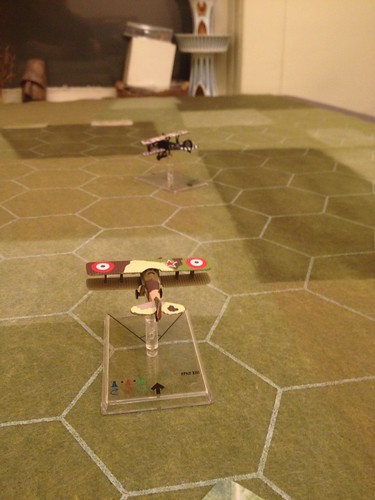 Kevin zigged when he should have zagged, resulting with the French leader ended up facing the wrong direction, and so he decided to head back to the French lines. The Germans won! 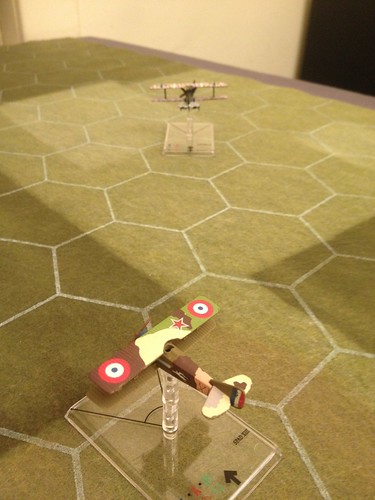 Next Game: Mission 5 Break Through