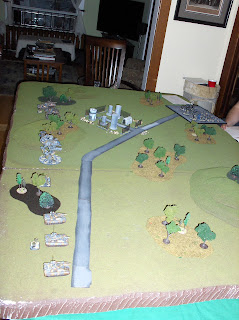 Well, the plan for last night was to give Greg's beautiful 15mm sci-fi force its baptism of fire, but at the last moment it was not to be, as they are AWOL after Greg's house move.  What happened?  Skip drive failure, bad jump co-ordinates?  It's unclear, but I hope that we will see them out soon. 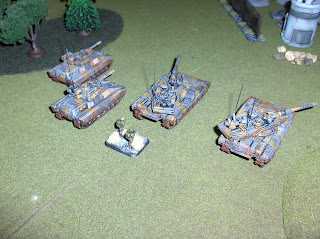 In any case, we were ready to go with a game so it was humans vs. Machines again.  In this scenario, the attackers (humans) are executing a schwerpunkt breakout against an inferior force of Machines.  The humans had to get 6 units off the machine table edge to claim a victory. 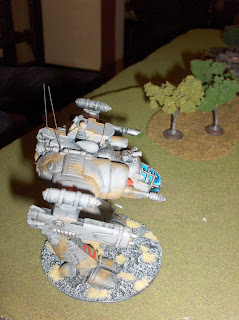 We lined up 3,000 points of humans against 1,500 of Machines.  The human cause was assisted by the addition of the Superfortress Colossus, all 600+ points of it... 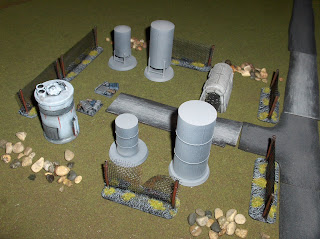 The industrial complex continues to evolve with the addition of chainlink fences... 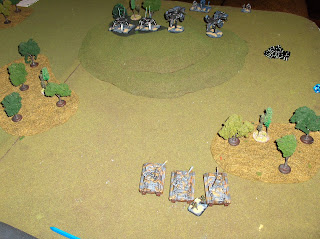 The humans split their force in three across their table edge, counting on numerical superiority to get at least some units through.  On the far left were two tanks and two AFVs with two infantry stands each on board, in the middle was the Superfortress, and on the right were three AFVs each with two infantry stands as well.  The Machines deployed on the human right and faced the AFVs directly! 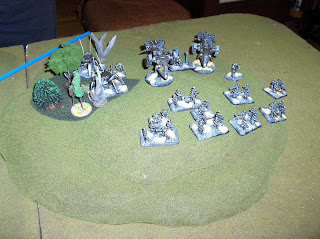 The Superfortress moved up the middle (left of shot) and started plinking at the spider tanks while the three AFVs in front skedaddled towards table middle, and the tanks and AFVs on the left moved up. 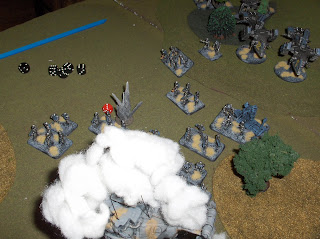 The Superfortress didn't last long against combined Machine firepower but at least bought time for the AFVs on the left to escape off table - mission accomplished. 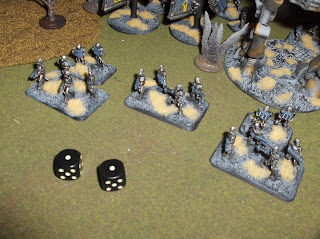 This kind of Command roll happened far too often for the Machines for it to be a coincidence - must've been the supercharged logic engines of their commander.  Of course in FWC a roll of double-one for Command means the formation can take two actions in that activation - which contributed significantly to the destruction of the Superfortress and the two heavy tanks. 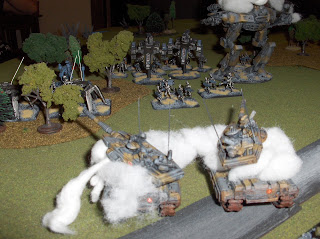 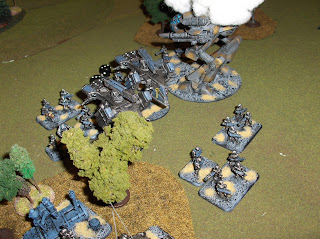 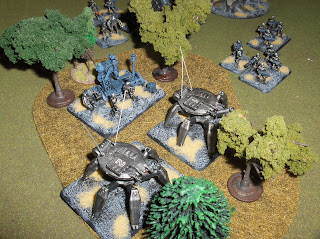 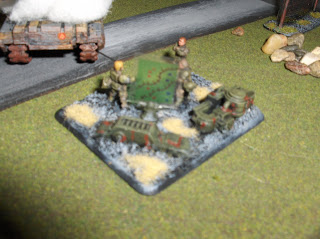 "Where's all our guys gone, then??"  Well, they've either buggered off the table or been destroyed in flames.
Another fun 15mm battle - I'm enjoying this little lark.
Posted by Dallas at 10:27 AM

Great batrep, good looking figs and table. The more FWC the better, nice to see some of it here.