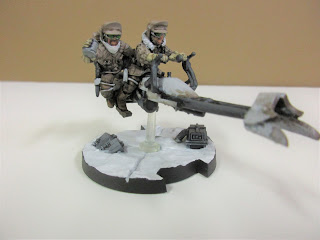 So in preparation for this year's Battle of Hoth game at PrairieCon in Brandon, I'm painting a few more models for the Rebel and Imperial forces. And in keeping with the recent vogue, these aren't licensed minis from Fantasy Flight (or whatever they're called nowadays), but rather 3D prints from excellent online vendor Ham Solo! 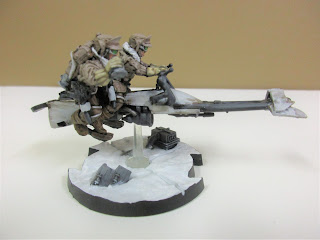 This model is super-cool - two Rebels on a captured speeder, the rider concentrating on driving the thing and the pillion passenger leaning off ready to drop a mine. 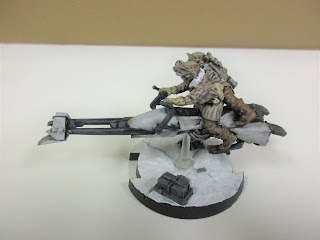 The model is a 3D resin print and came in several parts, but wasn't too tough to assemble - some of the parts are fiddly though and care is required in assembly. It also comes with the Legion base and clear and opaque printed support pegs. 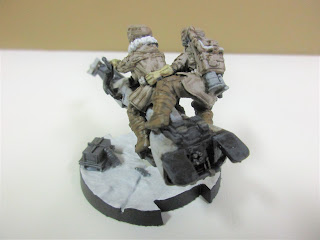 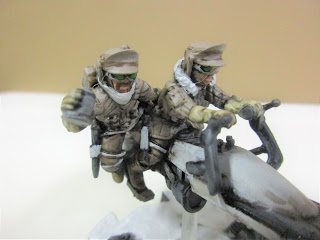 Great character evident in the sculpts of these two dudes. The file is from Squamous Miniatures and was printed for me by Ham Solo. 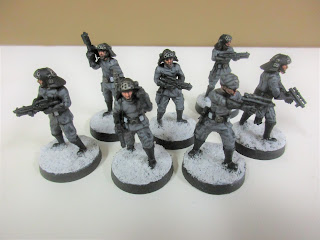 Gotta have some more Imperials to fight those Rebels though right? This is a unit of Imperial Naval Troopers designed by Raven X Studios and again printed by Ham Solo. I really like these guys too, they're equipped with the distinctive "cheesegrater" helmets (so called by the Star Wars costume design department) and lead by an officer in a standard Imperial Navy soft cap. 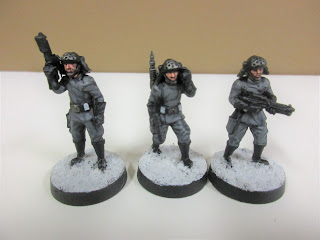 Not a great deal of variety to the paintwork on these guys - Vallejo Dark Rubber, Mechanicus Standard Grey, and Dawnstone mostly, with Leadbelcher for the metal details. 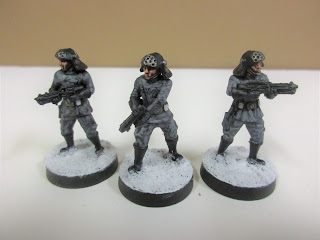 The models are a bit on the large side, even for Legion, but they'll be OK. These are basically the "grenadiers" of the Imperial Navy and will be used in my game as Vader's personal bodyguard. 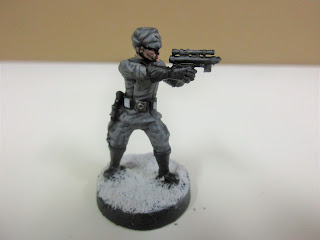 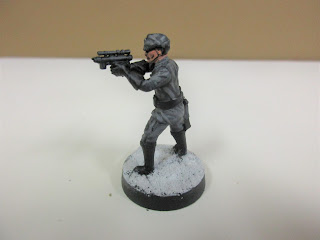 Officer to lead the group. 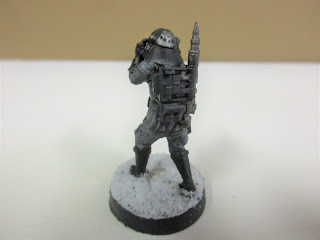 The group even includes a comms trooper with backpack comms unit.
I might try a last push to get another squad of Rebels done, but we'll see. Playtesting will happen this Thursday. We'll be using a conversion for the Bolt Action ruleset from the Jay's Wargaming Madness blog and I'm really looking forward to it!
Posted by Dallas at 11:29 AM

Great work on these Dallas. I particularly love the "liberated" speeder bike. I can imagine the team trying to make use of it will have a harrowing experience - which seems to be most appropriate for the Star Wars setting...awesome stuff.