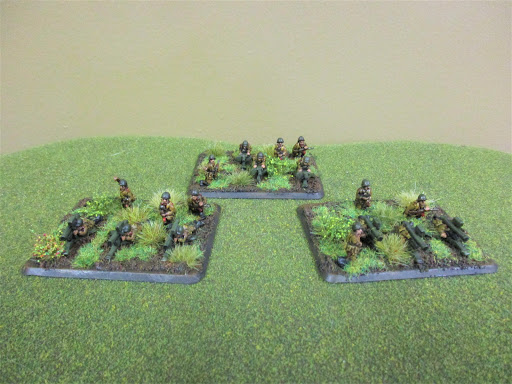 Not too much painting going on nowadays at Conscript Towers but I had time to crank out some Soviets for Team Yankee - a set of their Motor Rifle Weapons Teams. The set is cast in Battlefront plastic/resin - a much superior material to the dreadful Warlord "restic" in my opinion. The Battlefront stuff holds fine detail well and requires little to no cleanup. Good stuff. 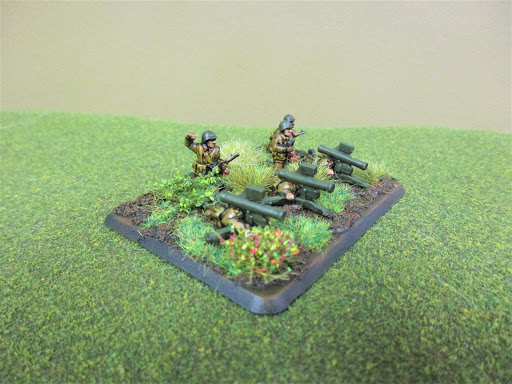 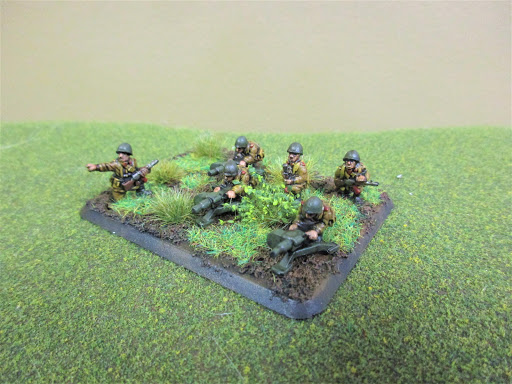 Above is the AGS-17 team. Three grenade launchers and operators, and three riflemen. The AGS-17 automatic grenade launcher went into service in 1971. It fires 30mm high-explosive grenades from a belt, at a cyclic rate of 350-400 rounds per minute. Enough to bring some hurt. Apparently the Soviets intended the AGS-17 to address the expected "human wave attacks" of the Chinese in a future Sino-Soviet conflict (!) 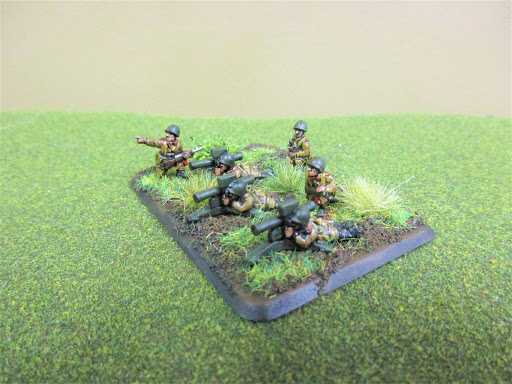 The blister also includes two AT-4 anti-tank guided missile teams. Fortunately NATO adopted the designation "Spigot" rather than the Russian designation "Fagot" (bassoon). The AT-4 is wire-guided; the launcher tracks the position of the missile from an incandescent infrared bulb on the rear of the missile and transmits guidance via the wire. This is SACLOS - semi-automatic command to line of sight. The operator keeps his pip on the target and the launcher guides the missile to that point. 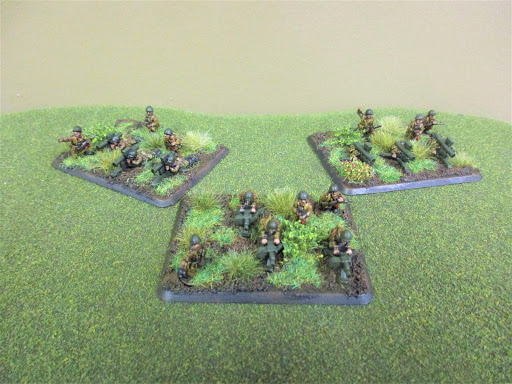 Anyway, there you have it - three new weapons teams for the Motor Rifle Battalion. Price tag on the blister was a nickel short of ten bucks which I reckon is good value. Fun and easy to paint and most importantly, represents movement of figures from the lead pile to the painted army drawer.
Hope you're all keeping safe.
Posted by Dallas at 10:47 PM

Great work Dallas - should keep some of those NATO heads down...