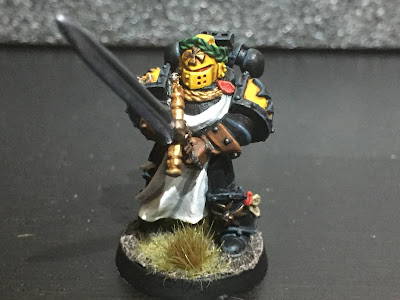 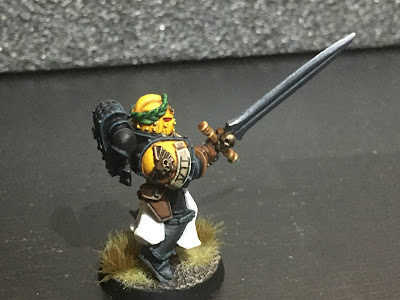 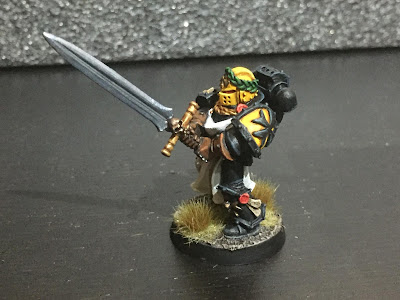 GregB was kind enough to gift me this Black Templar Emperors Champion model a few months ago. I think this was one of the earlier representations of the model and I prefer this pose to the later ones. He looks like he’s ready to duel as opposed to the newer one which poses like he’s already won the fight. His armour fits in well with 30k so I painted him up as a first company Imperial Fist (they’re basically Black Templar’s anyway). He’s a bit shorter than the rest of the Mark iii armour marines, but his “huge” sword surely compensates for what he lacks in stature!
Posted by MFraser at 2:01 AM

Terrific looking model, Mike! I like that earlier pose as well - very medieval in theme actually.

He looks great Mike, well done.
Yes - the sword definitely has a "compensatory" aspect, doesn't it...I doubt any of his colleagues make jokes about his height...