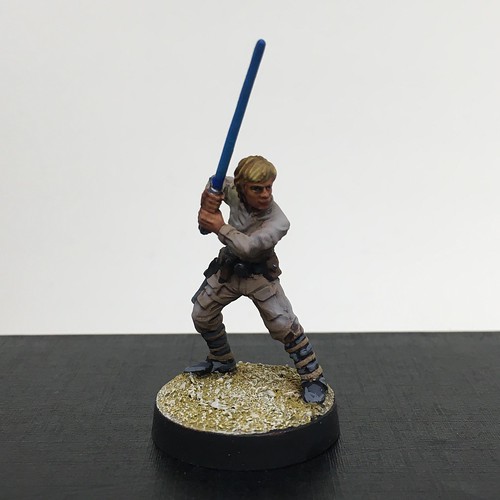 Rebel Alliance and more Imperial forces for Star Wars Legion. The Rebels were commissioned from Cody (FB @coldpaintingtable, Insta @havok100). In general, the sculpting is pretty good, with an interesting mix of male and female humans, and aliens. I like the variety of skin tones and alien features that Cody used.

Above is Luke Skywalker, as he appears when he confronted Darth Vader on Bespin in the movie The Empire Strikes Back.

Below, the first squad of Rebel Troopers, with a couple of optional heavy weapons at either end of the rear line. 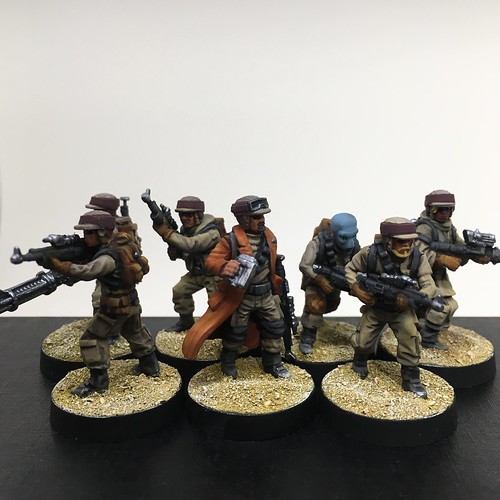 Below, another squad of Rebel Troopers. Also, better views of the heavy weapons, a gatling blaster and am ion grenade launcher. 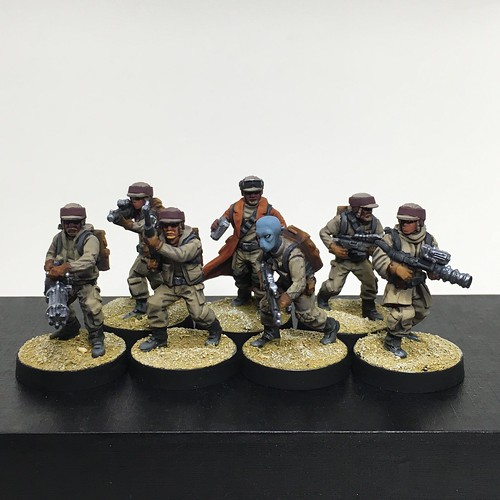 Below, some crisp Fleet Troopers (basically, shipboard marines). They were the crew we saw on Princess Leia's ship in Star Wars, and who held off Darth Vader on the Rebel command ship, at the cost of their lives, in Rogue One. 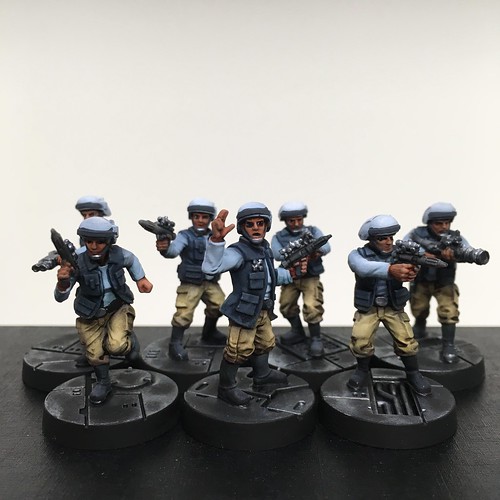 Below, some Rebel Pathfinders. These special forces types were featured in the assault on Scarif in the movie Rogue One. One the left are two alien named characters, Pau and Bistan. 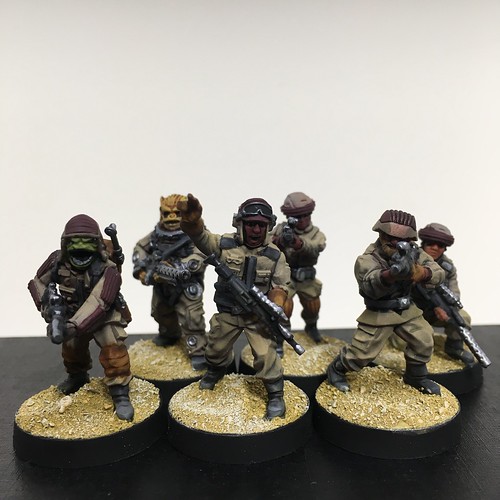 Below, an R2 unit, a Rebel Officer, a Commo specialist, and a medical droid. They provide various leadership and support roles for the Rebels. 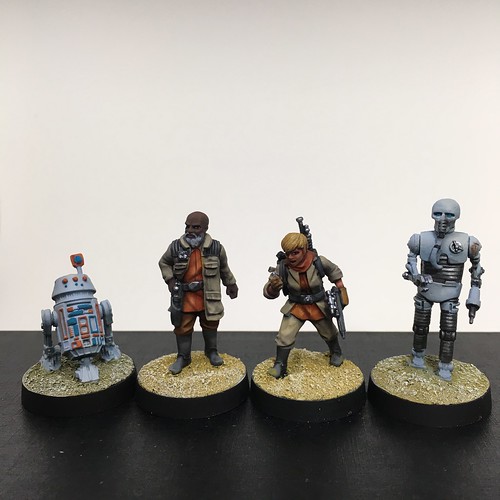 Below, an AT-RT walker. Basically a light tank, it's a 20+ years old relic of the Clone Wars. Typical gear for a rag-tag group of rebels. 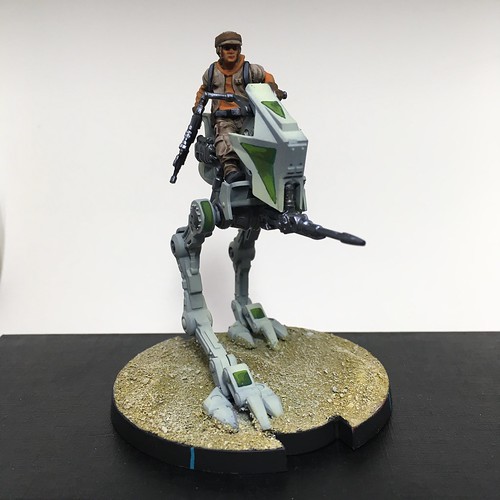 Ironically, I now have 70+ figures with no way to play multi-player games with them, during the current COVID-19 emergency.

I guess some solo gaming will be the order of the day for awhile!

These models are the final commissioned pieces painted by Steve Brown. Below, another squad of Imperial Stormtroopers. 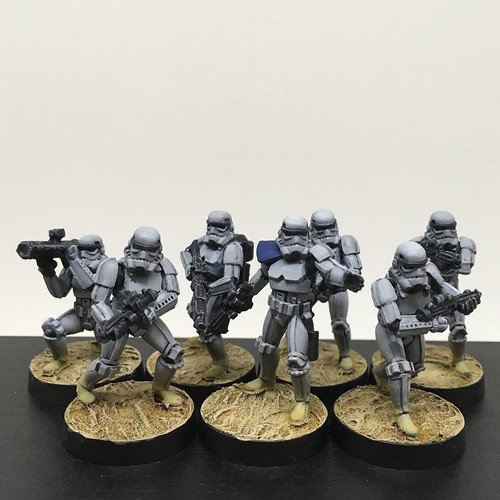 Below, Stormtroopers from the Stormtrooper Upgrade set. The sculpting is a little crisper than for the regular Stormtroopers shown above. Also, take note of the heavy weapons. 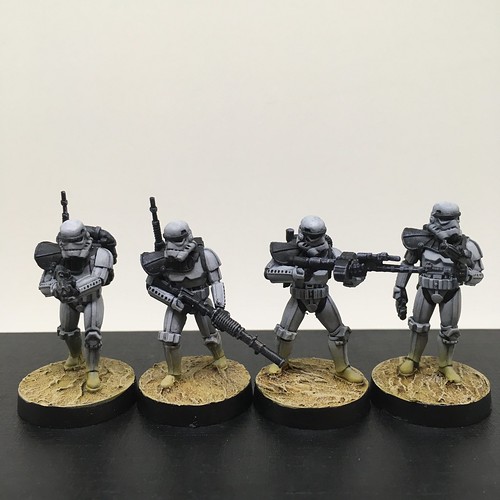 According to the Internet Movie Firearms Database, all the Stormtrooper firearms (and the other blasters in the movie) are based on real world weapons. For the basic squad guys, the heavy weapon is an MG-34 and the regular blasters are Sterling SMGs (I think the rocket launcher is based on a Bazooka variant). For the Upgrade guys, the heavy weapons are, respectively, a Lewis Gun and an MG 15.

Those are just lovely...
Great job.

Great stuff Dave. Luke's Bespin outfit is my favourite "look" of his from the original trilogy. Really great looking models there.