Team Yankee: Five More T-64s and the Soviets Are Done! 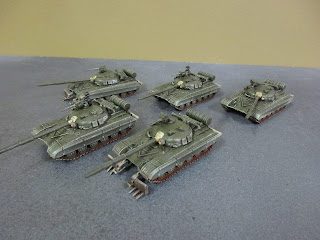 So, as the last of the Soviet T-64s are done, I thought I'd post some pics of them! 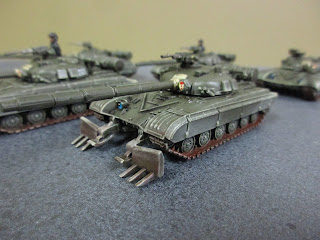 What can I say about Battlefront's plastic tanks? They're absolutely top-notch. I thought I'd throw on some mine ploughs on a couple of the models as they sometimes come in handy! 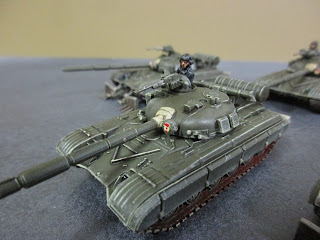 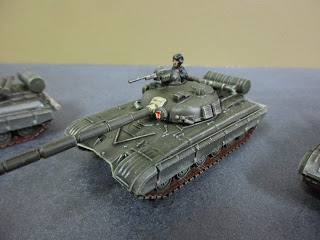 The T-64 is just wicked looking. 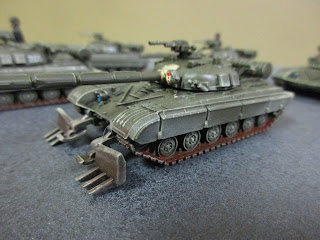 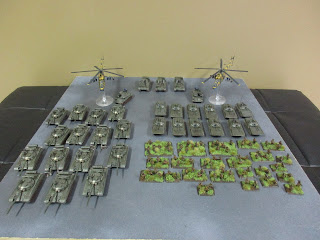 Whew! Quite a bit of work in there, but certainly an adequate Soviet force for most of the games we'd play. I was lucky to find a Krylon camouflage spray paint that worked perfectly for the Soviet vehicles, but sadly it seems to be discontinued. Good thing I've got this stuff painted!
Posted by Dallas at 10:27 AM

They look awesome, Dallas. I miss that Kyrlon colour range as well....

Can't wait to see this arsenal of communist aggression smiting the forces of capitalism...

Oh YEAH! Can’t wait to tangle with these fellows...