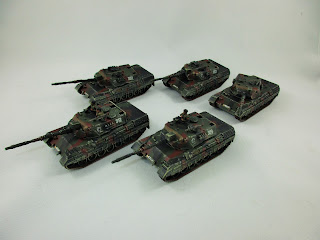 If there's one home truth about our participation in the world of Team Yankee, it's that we are subject to constant escalation. My Bundeswehr force hasn't been added to in some time, but I found it hard to resist Plastic Soldier Company's Leopard 1 box... so I didn't! 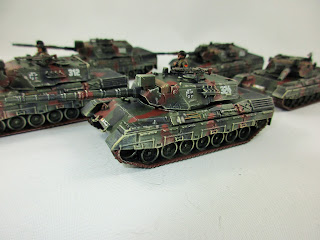 The rest of the force consists of excellent models from Battlefront, but I saw no reason why I shouldn't try this box of Leopard 1s from PSC. After all, they cost significantly less than the BF models and are also modern injection plastic models... 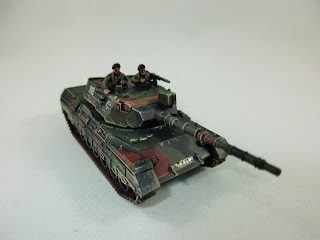 I certainly wasn't disappointed, either. The PSC Leopards are great. The kit contains parts to build five Bundeswehr (or other Euro) Leopard 1A1 or -A3s, or the Canadian C1 variant. The only deficiency identified with the C1 parts provided is that they don't include the proper pintle MG. However, this wasn't a problem with my build as what's provided is correct for the 1A3. 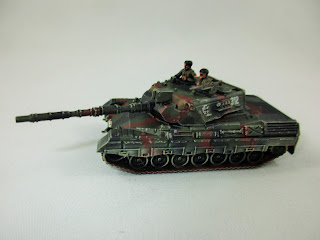 I also really like the PSC crew. They're super characterful and as the model's turret hatches can BOTH be modelled open, crew can be doubled up too as seen above. 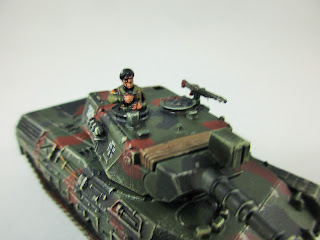 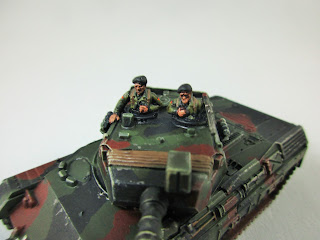 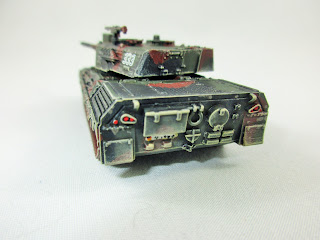 The only downside of the PSC box is that no decals are provided, but I used some I had left over from my Battlefront West German kits (plus some kindly provided by Conscript Greg), and freehanded the license plates. 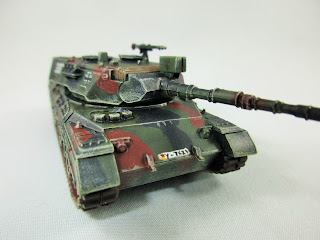 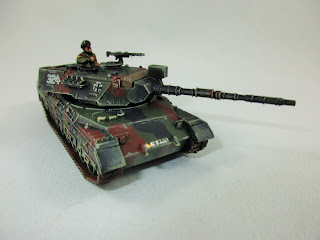 Highly recommended! I love the ease of assembly and extras (like crew) provided by PSC, as well as the low price. However, you do miss the decals and unit card that comes with Battlefront's Leopard 1s.
Posted by Dallas at 5:54 PM

Very clean looking models and the price was right!

Very nice! I've got some of these I should get around to.

Those are quite lovely Dallas!

Great job on these fellas Dallas. I hope they do better against the Soviets than my poor Canadian Leopars C1s did...

As newly painted tanks, what could possible go wrong?