Here's some of the mountain of goodies baked by owner Wendy Speary. 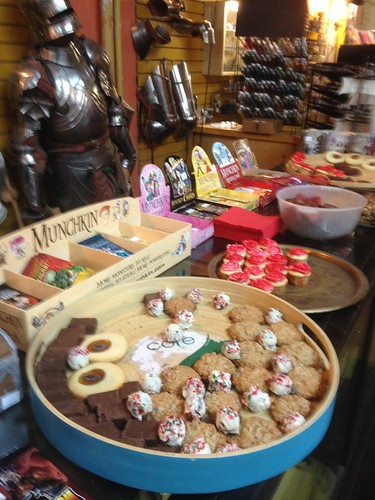 Mike running some Warmachine action, with gingerbread steam engines (that the mechs ended up hurling at each other). 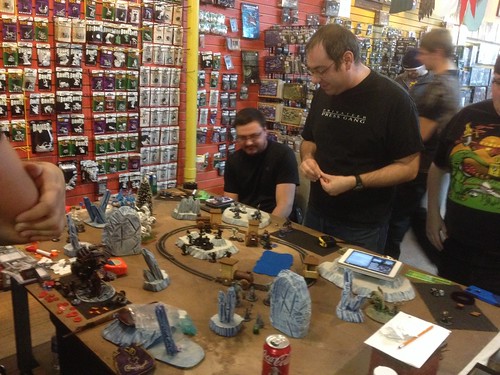 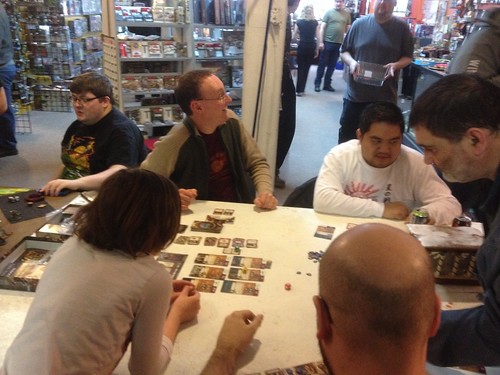 Rick prepping for the Firefly RPG. 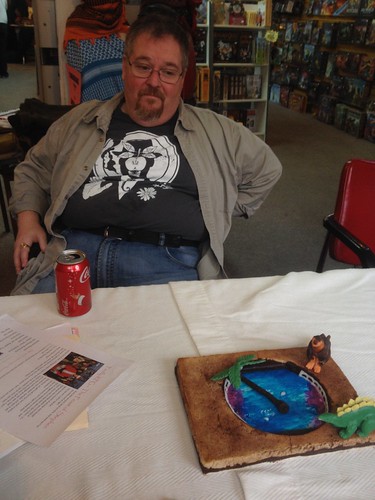 As discussed last week, I ran a game of Star Wars: X-Wing Miniatures.

My take on the Santa Claus (aka Darth Krampus) space sleigh, "Santa's Express" (the model below is a Hallmark Christmas tree ornament).

Below, Conscript Frederick setting up some Imperial TIE Fighters. 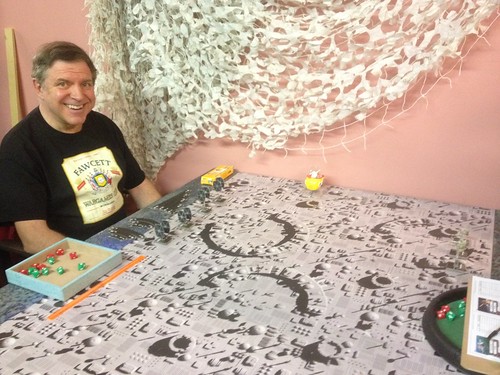 One of the gingerbread docking bays that Wendy graciously made; Darth Krampus was heading for one of these... 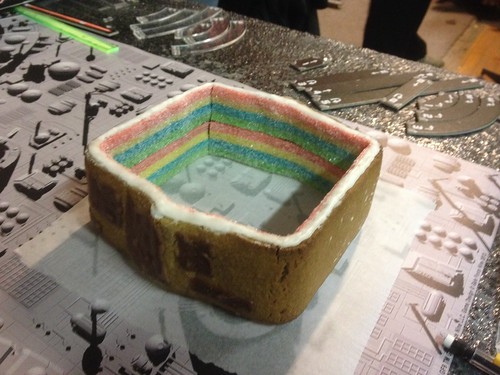 First Blood to the Rebels! All the ships that got shot down re-spawned in their respective setup area. 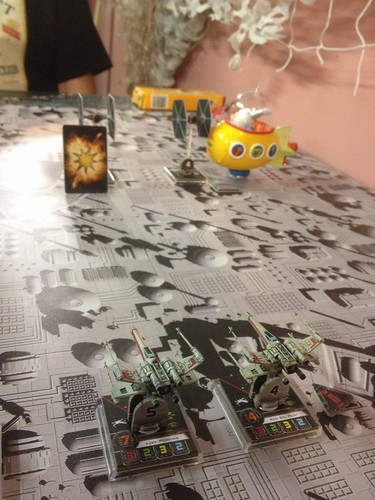 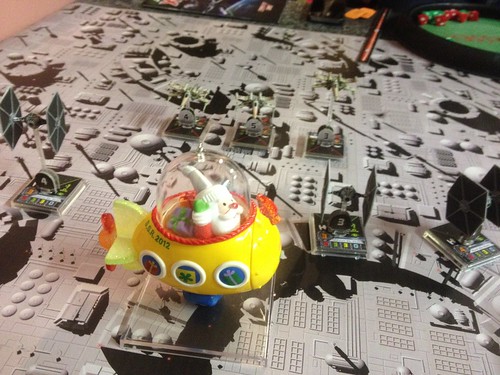 Jek "I've got a problem here" Porkins bites the dust. 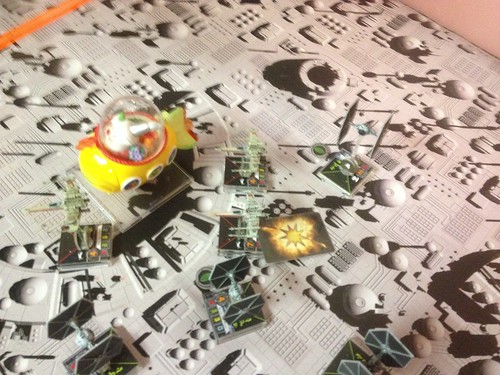 Darth Krampus kept colliding into TIE Fighters; it was only a matter of time before the Rebel X-Wings disabled his ship. 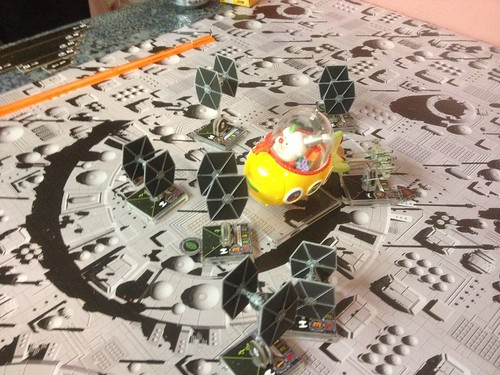 Below, the players, from L-R: Matt, Paul, Graham, Bruce, and Frederick. 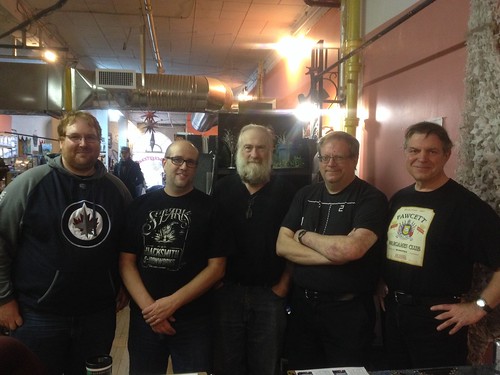 Thanks again to Wendy and Pedro, and all the staff at Imagine for hosting the event. Thanks to everyone who came out to play!

For a list of the most-needed food items at Winnipeg Harvest, please see their website.
Posted by DaveV at 6:03 PM

Great looking games and looks like you had a blast. mmmmm gingerbread hungry now.