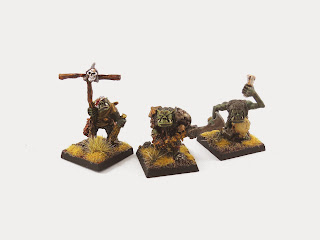 So lately, I've been on a bit of a fantasy kick... in particular, I've been obsessed with the old Citadel range, circa 1987-91 or so. You remember, the models from the old red and blue catalogs, before skulls skulls and more skulls, Finecast(tm), army book escalation, overmuscled Orcs, etc... just the old-school stuff back from when I was a teenager. 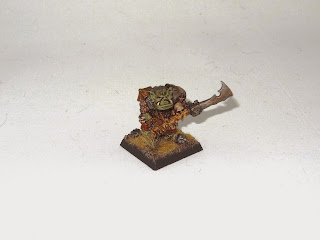 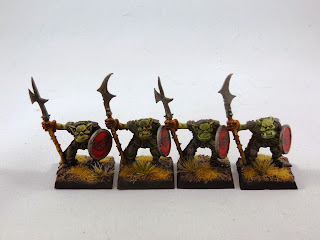 So anyway, I busied myself with touching up the models, re-basing them, and painting the shields. These models are the core of the gang Conscript John used in our New Year's Day game. Aren't they superb models? The new Orcs don't have a patch on 'em, I'm afraid :-( 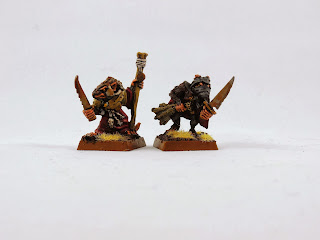 While the Orcs didn't qualify for the Analogue Hobbies Painting Challenge, I recently painted some Skaven that did. Above are the assassin adept and Clan Eshin Sorceror I used in the recent game. (Yes, I know they're a Plague Monk and a Night Runner) 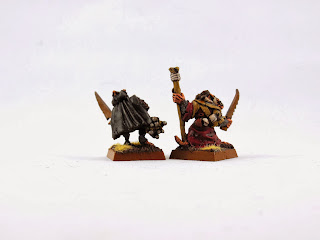 I just love the old-school flava!! 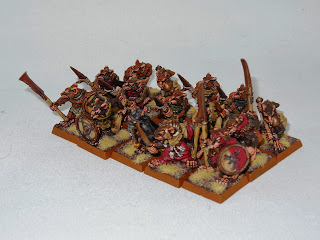 Here's the unit I painted - 15 models. There are a few more to come, but for me the beauty of Oldhammer is the individual character of the models. I mean, there are guys with halberds, swords, clubs and slings in there, but they all just kinda look cool en masse.

Perhaps the idea might just be cool enough to suck in some fellow Conscripts...?

Love the Oldhammer. Good to see there are still those of us who remember when character was important in a GW model. Now it's all about quantity.

Great post Dal. I wish I was closer as I'd love to throw-down some OldHammer figure escalation with you.

I have the red and blue catalogues, if you want the, let me know and I will send them to you