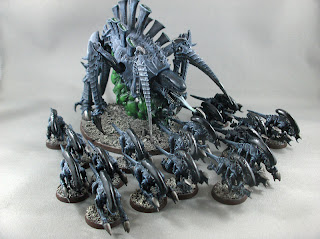 Figured I'd take some time out from "GW hate" (?) to actually do some painting... first up was a batch of 16 Tyranid Termagants with Spinefists... posing for a family picture with "Mum". 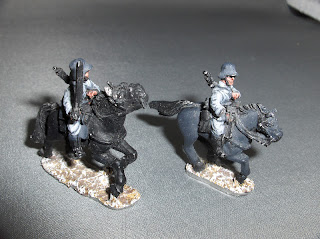 Next is an interesting little project in the making... 28mm German Great War cavalry (from Old Glory) to balance out the Canadians I painted - whoa - over three years ago??? Yikes! 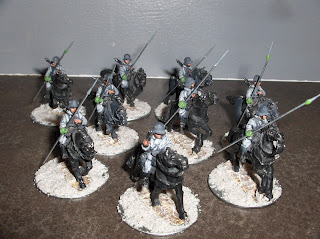 These guys were scored off TMP and as I didn't like the ugly sabres, I converted them to have lances, as apparently the German cavalry used lances right up until the end of the war. 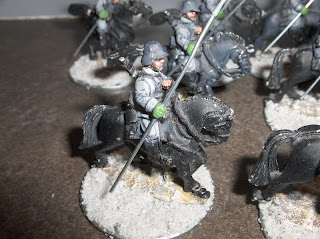 The lances themselves are 18-gauge florist's wire, the lance-heads are plastic leftovers from a box of Wargames Factory Zulu spears. I greenstuffed the hands and voila. They are primed now and ready for paint. 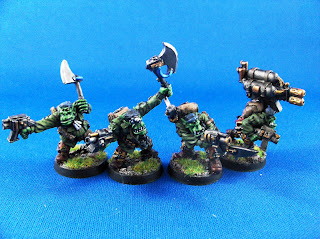 Next up are some GW Orks for RT/Spacekrieg games. They don't quite fit with the RT Red Star Boyz as these models are more recent, but I like them a lot. I'm thinking that they might see service as Xeno mercs with Futurkom, or something. 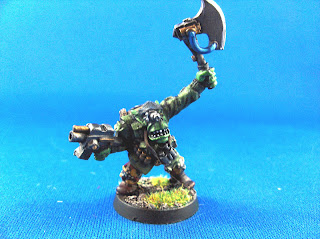 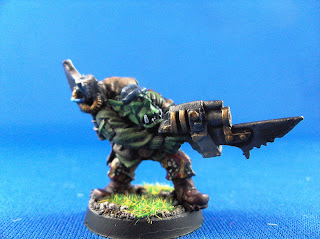 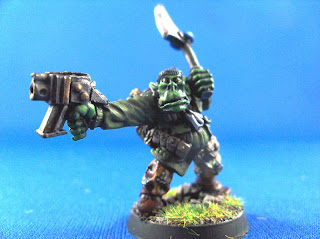 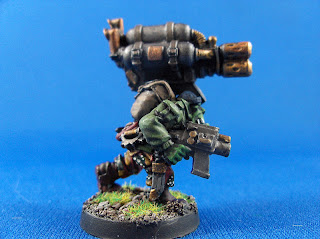 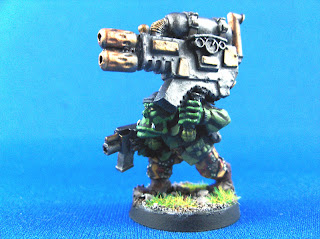 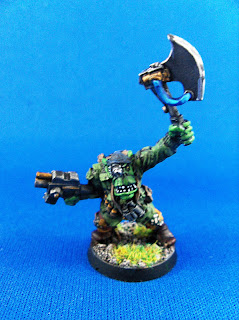 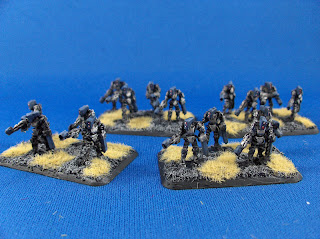 Lastly, a few stands of robots from Khurasan to reinforce the 15mm Machine Army. These models are super-nice (as you'd expect from Khurasan) and will add some close-combat punch to the force. Don't those chainsaws look narsty??? 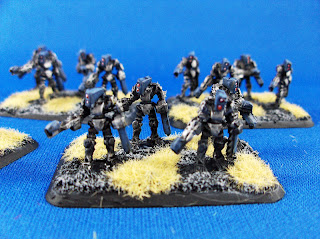 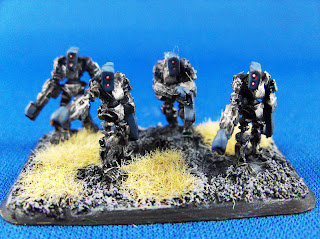 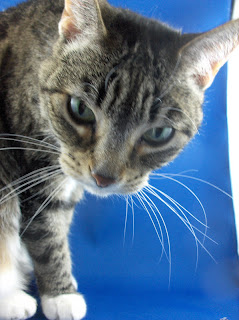 Anyway, that's it for now. I'll leave you with a picture of Leonard enjoying the Optex portable photo studio!!
Posted by Dallas at 9:39 PM

I'm thinking of some Khurasan sci-fi myself, nice work on everything including the GW!

Very nice. I love all of it, but I have to keep saying it: I love your Tyranid conversions.

Nice cavalry, say hello to Leonard for me!!

The German cavalry look very interesting. Well done for taking on a very little-known unit of the Great War!!