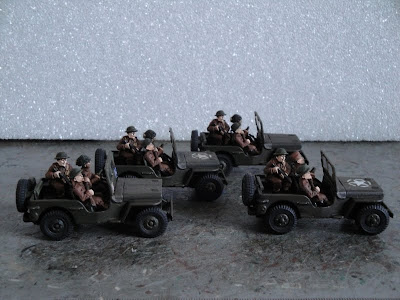 I have added four jeeps and crews to my 2nd Canadian Division. The vehicles are Corgi 1/50 scale and the crews are Bolt Action Miniatures from several years ago that were sculpted to specifically fit into the Corgi Jeeps. Two of the jeeps originally had red crosses on the hood while the other two had the white star, which I did not paint over. All the vehicles were re-painted in British/Canadian colours and appropriate divisional and unit markings added. 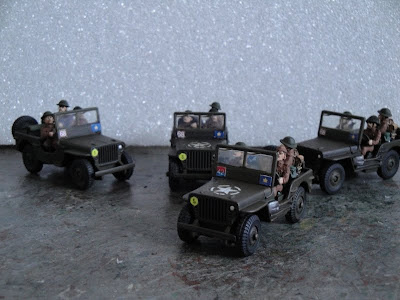 One of the drivers that I had was wearing a field service cap rather than a helmet, so I put Artillery markings on it for the 4th Regiment RCA. 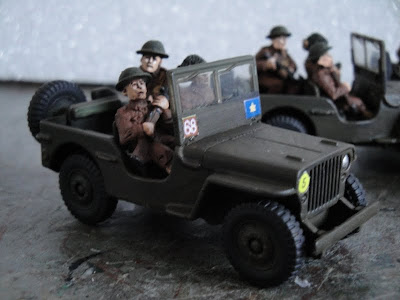 The rest were done up with the markings of the Queen's Own Cameron Highlanders of Canada. Now my company commanders don't have to walk to the battlefield any longer.
Posted by Dusty at 1:31 PM