New addition to the "Arsenal of Future-Socialism" 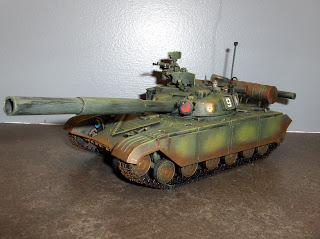 I've now finished painting and weathering the latest addition to my FuturKom forces, the T-640 heavy tank. (Please ignore the gloss around the decals as I'd run out of matte spray) 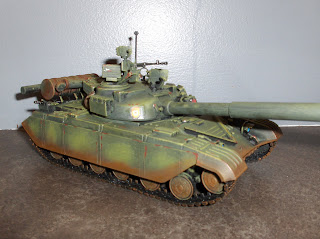 As I wrote in the previous "build" post, the model is based on a 1/35 T-64, built mostly from the box, with some GW bits bunged on, skirts made from plasticard, and a biiiiig gun. 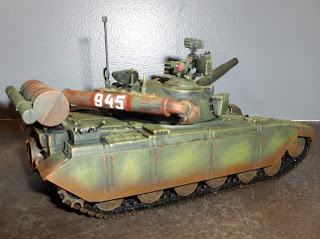 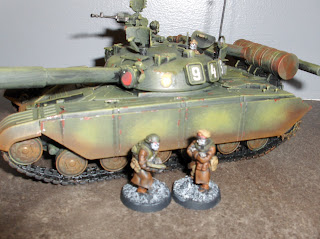 Some Pig Iron Kolony Militia to show scale. In keeping with Soviet doctrine the FuturKom heavy tanks are a bit smaller and more manoeuvrable than their Western counterparts. 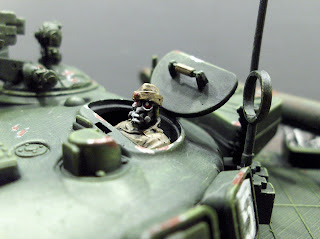 Crewman has a GW Cadian tank crew body and a Pig Iron Kolony head. Looking forward to crushing some future-fascists with this bad boy!
Posted by Dallas at 11:31 PM

Oh man - the Space Hetzer will be busy...

Well, in the Western Desert the Matildas did start off with a basecoat of "desert pink"...