After a slow spring, I’ve managed to increase the painting production here and finished a batch of vehicles. I've had 3 rhinos sitting in the pending bin for months now and it was time to get them done. They took so long because 2 of them were a real pain to assemble and included a model with a hull that was almost completely flattened. I won’t complain because they were found in a chest of buried treasure on some island off Tortuga. The easy one to assemble was from Forgeworld and I still have the white box to prove it!

I was worried that the fist logo on the top hatch wouldn’t work, but copious amounts of micro sol did the trick and I’m quite happy with the result. I continued with the reverse black/yellow color scheme and appropriate weathering to represent a stressed and over stretched legion in the Horus Heresy.
My Imperial Fists collection is quite large at this point and I still have a few units left to paint including Rogal Dorn himself! I wasn't too concerned with this as Greg's Sons of Horus suffer form the same Arms Race mentality. With Greg's traitor forces whisked off to Ontario, I'll have to switch my focus to some traitor legions in the near future. 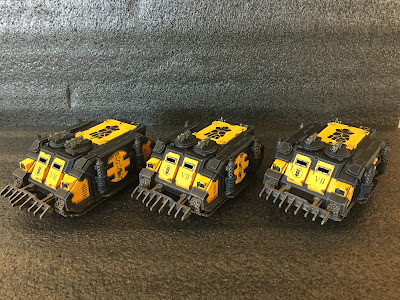 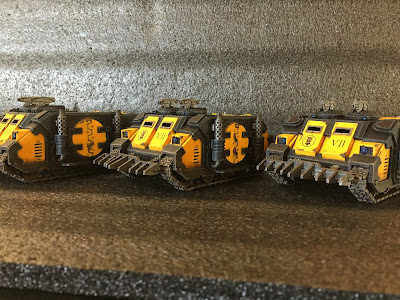 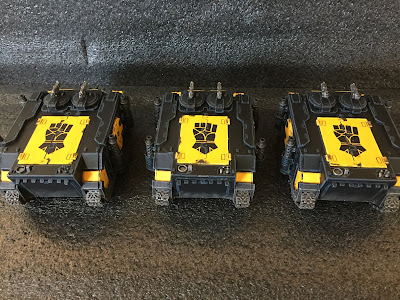 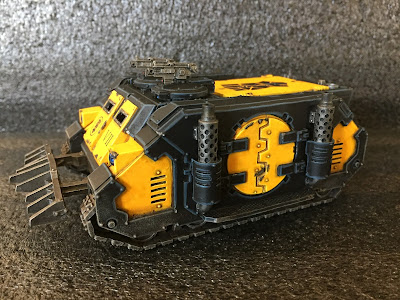 The 4th vehicle I completed is a Storm Eagle...well it’s a storm eagle conversion actually. The original model was the space marine Storm Raven. The now out of business, Chapterhouse Studios made a conversion kit for the raven that allowed you to elongate the model to make it look like it could actually transport stuff. The top missile launcher is from Puppets War and was also designed with GW models in mind. This model has been sitting for a few years now and it was thanks to Greg and Dallas and their completed Storm Eagles that gave me the motivation to finish it. It’s not quite the same size as a Storm Eagle, but a good enough approximation when compared with spending $200+ on a proper and non-flattened model from Forgeworld. 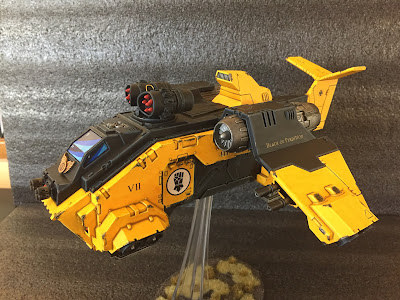 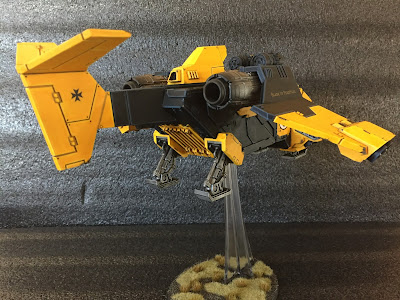 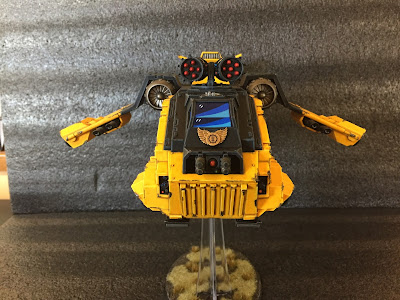 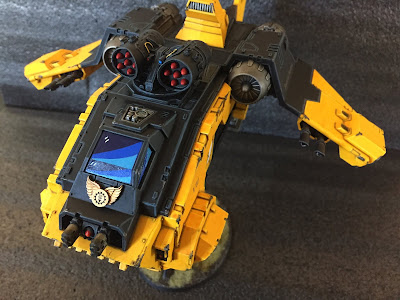 A great collection of vehicles

Brilliant work Mike - these really look great.
And not to worry...my relocated forces will remain in easy drop-pod distance to Winnipeg, although perhaps I'll need to scrounge together some kind of Stormbird to keep ahead in the arms race...

Great work on these Mike. I like the Stormeagle with more elongated profile - looks less Playmobil than the stock design.