Well, yet another year has almost past in Curt's Analogue Hobbies Painting challenge, and yet again, I keep forgetting to update our own blog about my progress.  Greg is great about cross posting, but I always get sidetracked and think well it's up someplace already...  So, with the end nearing, I figured I should at least post a few images here again and some cross links for any of the Fawcett Crew that haven't been following the other blog.

Several strange contraptions in 18mm for AQotMF, including some mono-wheel tanks (with training wheels), a tank with a gattling turret, and a Tesla Cannon tank. 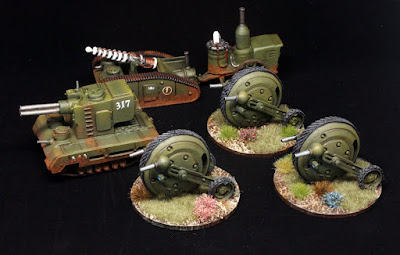 A collection of plastic space ships that in my mind combine the best of both of Babylon 5's and Battlestar Galactica's aesthetic.  For a very cool new game where the actual combat and kills don't win you the game, it's all about landing troops on the planet! 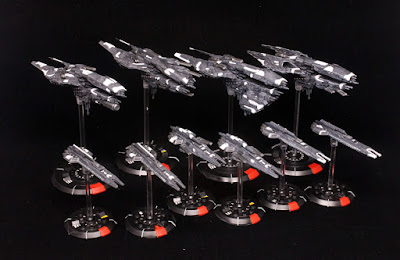 This has been on my to do list for a long time, and I finally got around to it, my very first DBA army!  Which I fondly refer to as my skittles army since they are random colours.  I wanted to do better on them, but once I started I got a little lost on what is what on them (breast plates, shirts, greaves, elbow guards, etc) and as a result I ended up short cutting some things, so they are definitely table worthy, but not my best work.  That's what I get for knowing nothing about a period that I am trying to paint, I just wanted to paint some pikemen, so that's how I picked the army. 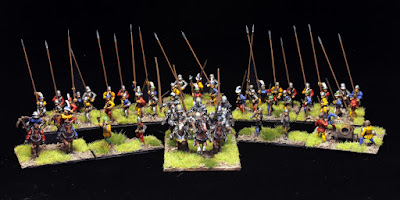 Some very cool 3d printed drop pods for my 30k Epic force along with some jump troops to help out in the assault.

These were two pieces I tried OSL lighting on, in two different ways wet dotting and air brushing.  Not sure I like either result, but they do work, they just don't fit what I pictured in my head. 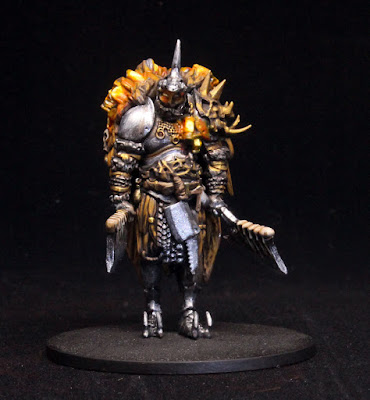 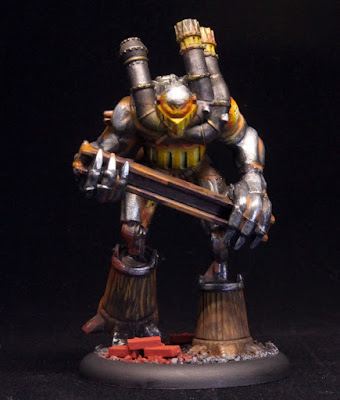 The entrance fee this year as a shared project submission.  I dug around and found some extra Napoleonics that I know Curt likes and conscripted Mike and Steve as my partners to submit this piece. 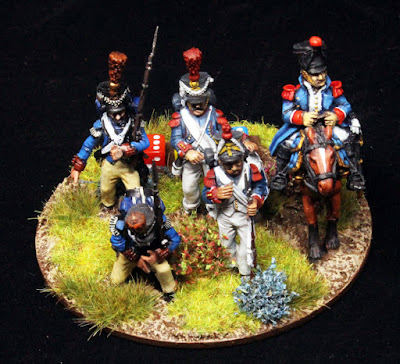 I have a few other small projects in the works, but I have managed to pass my 1000 point goal by 50% so have kind of slowed down at this point.  I have already started planning the madness for next year though!

Some of the best work in this year's challenge, in my humble opinion.

Better late than never when it comes to posting Byron! Great work all around. Can't wait to get a game in with those Epic 30k fellows...

Thank you guys, I keep trying to get better over time. This year i realy surprised myself with the quantity of stuff I got done, way over my goal, and am happy with some of the pieces i spent a lot of time on. I definitely learned a few new tricks to play with. Glad you guys liked it.