Fantasy from Otherworld and Ral Partha 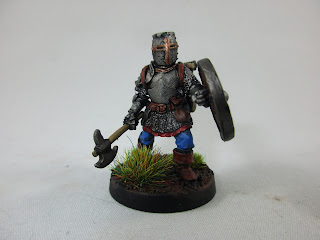 In preparation for my game at PrairieCon in June, I've been working on some fantasy figures. One of the murder hoboes intrepid dungeon adventurers in the game will be this wonderful fighter from Otherworld Miniatures. 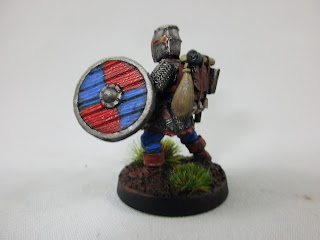 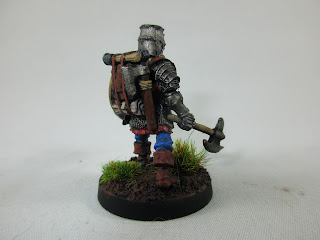 I love that the Otherworld dungeon-crawlers are fully kitted out with gear. It gives them a kind of versimilitude that's often lacking in fantasy figures. 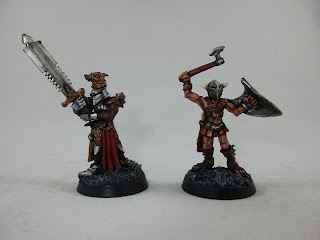 How about these guys for a throwback? Dated 1984 on the bases, these amazing Ral Partha Chaos Warriors hold their own over 30 years later, and that's how long these castings have been sitting in my box waiting to be painted. Better late than never, and they'll give the dungeoneers something to think about. 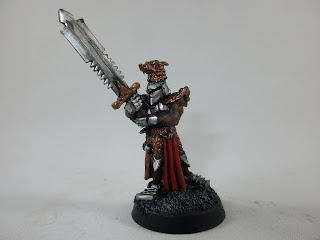 This model is one of my favourite fantasy figures of all time. 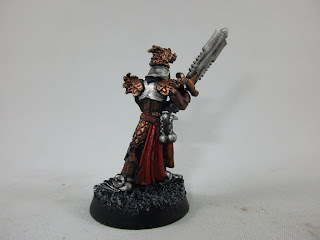 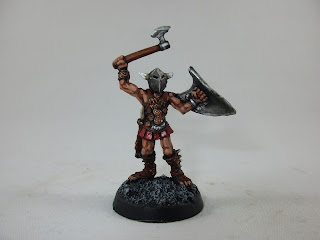 His sidekick is pretty cool too. I love the full helm look. 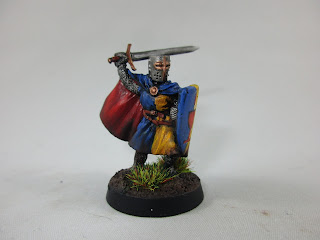 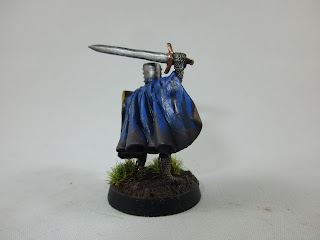 This fighter of unknown manufacture was plucked from the obscurity of the bits box. He seems to be kind of an analog to the Otherworld fighter above - same style of helmet anyway. He'll be the fighter in the "other party" of adventurers in my game. 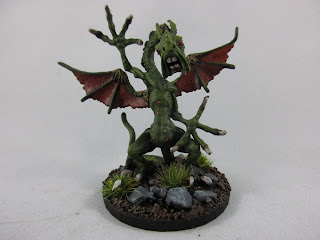 "Beware the Jabberwock, my son! The jaws that bite, the claws that catch!"


This is another of my favourite RP sculpts from back in the day - the Jabberwock. Still holds up well nowadays and it'll give the dungeon adventurers something to consider. 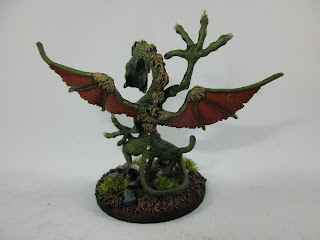 So that's the start of the fantasy painting binge. Still have about seven more adventurers to paint but I can generally knock off one a night if I'm on it. I'll just have to make sure not to get distracted by the next Horus Heresy project...﻿
﻿
Posted by Dallas at 9:23 AM

Old School! Awesome. That Jabberwock is one of my favourite monster figure, I painted him last year and it's a joy to paint.

I love that period of Ral Partha goodness. Cool subjects, lots of detail. back in the day, I painted that guy with the two-handed sword. His BACKUP weapon is a multi-headed flail; hard core.

Awesome! They are all great but I really like that first adventurer, all decked-out with his campaign gear - very cool.

Dallas, this is great work. These figures are real beauties, and you have done a great job on them. Also - "verisimilitude"...!!

Excellent work! I hope you have some regular unarmored fodder to paint as well, makes the heroes stand out a bit more. (stand on top of the bodies of their henchmen)

Thanks for the comments guys!

I have a thief, wizard, and cleric from Otherworld yet to paint, along with some nasty henchmen. Looking forward to getting at those.