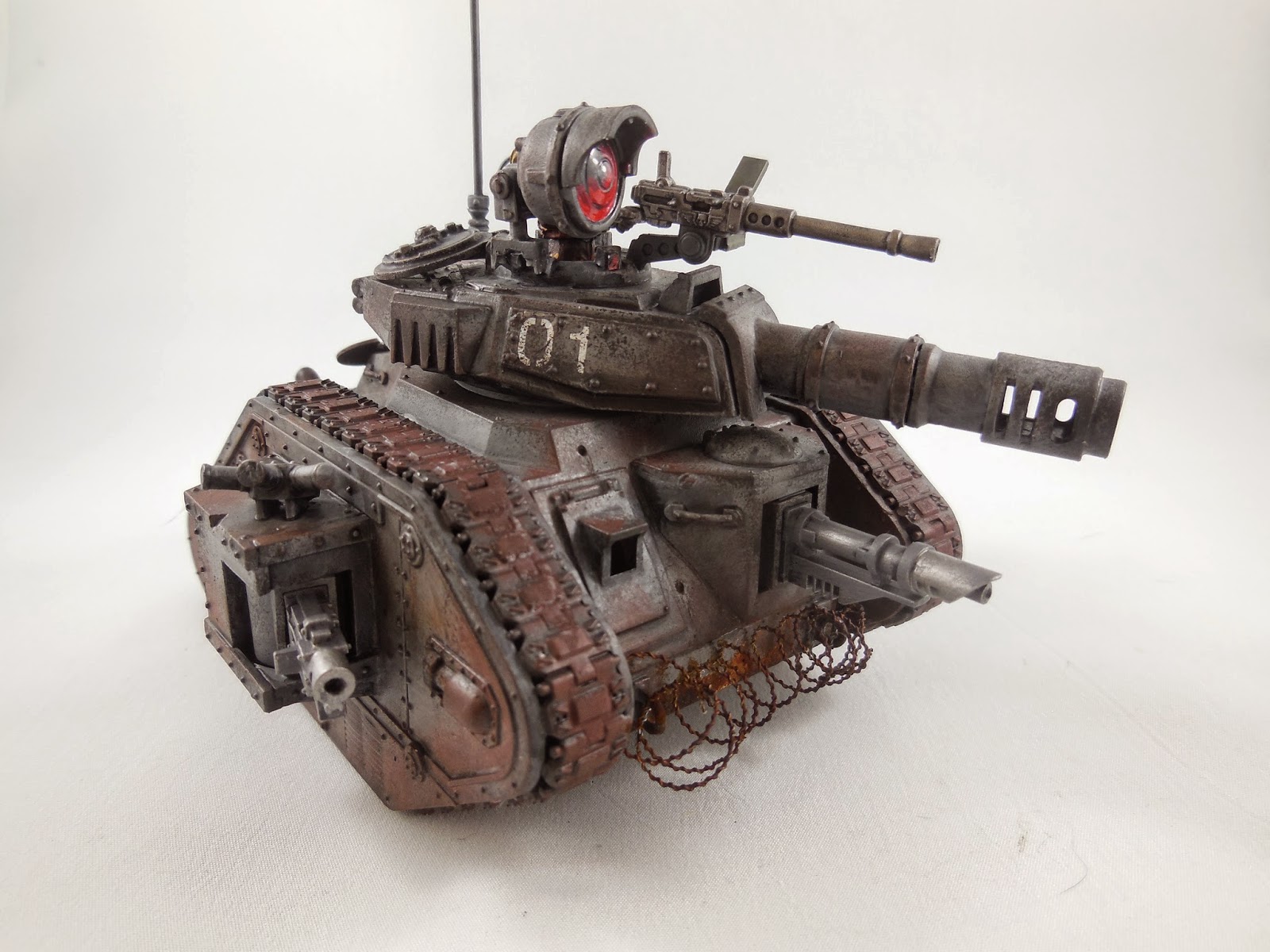 Lately I've been working on some 40K Chaos Renegades using Imperial Gu - sorry, Astra Militarum plastics and resin goodies from Forgeworld. I already had two Leman Russ Demolishers but the opportunity arose to pick up another from Conscript Keegan so I couldn't resist rounding out the troop of three. 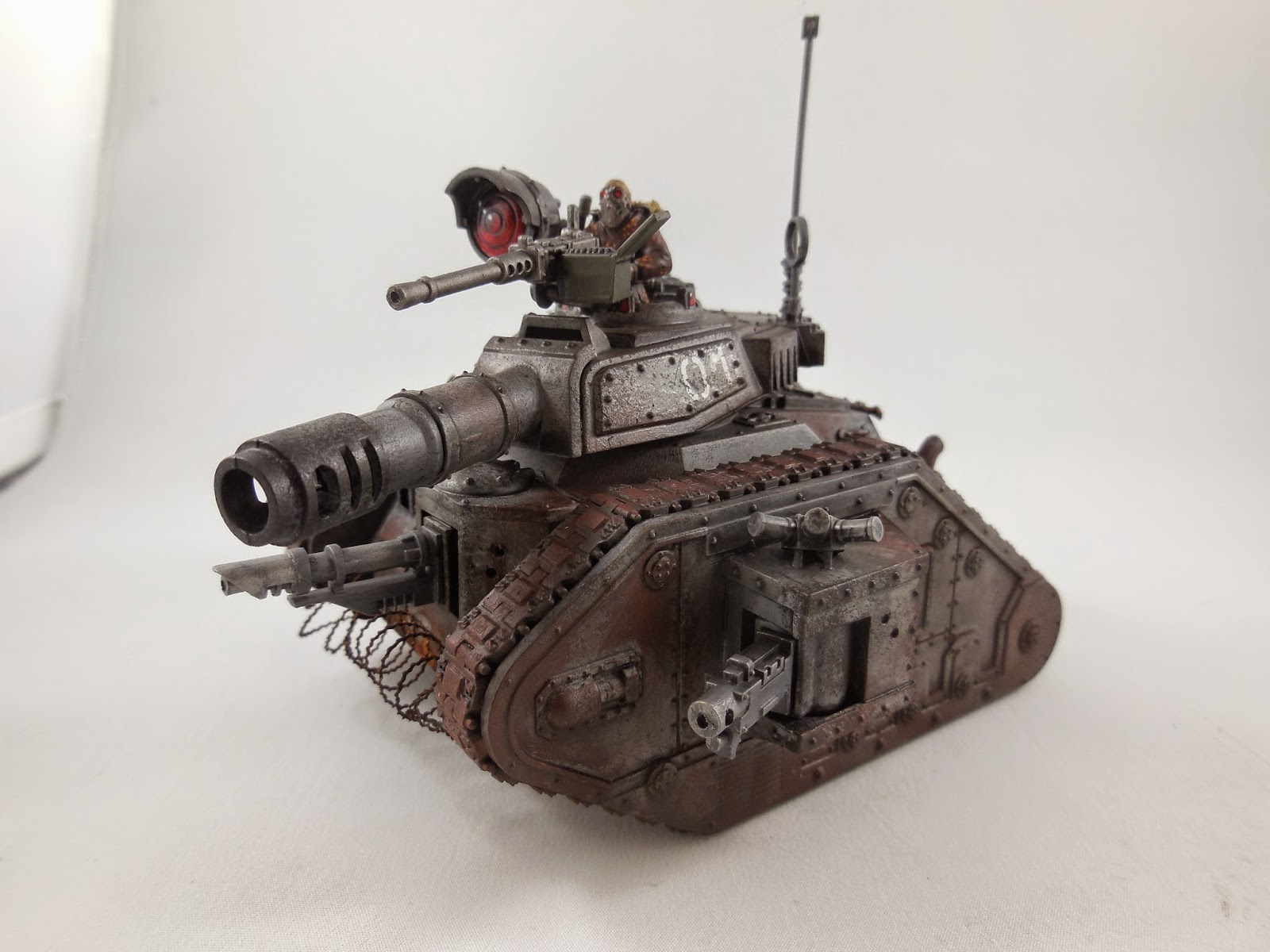 It's a standard Russ with the commander swapped for a resin torso from the Forgeworld Renegade Militia set. I did him up in standard Renegade camo. 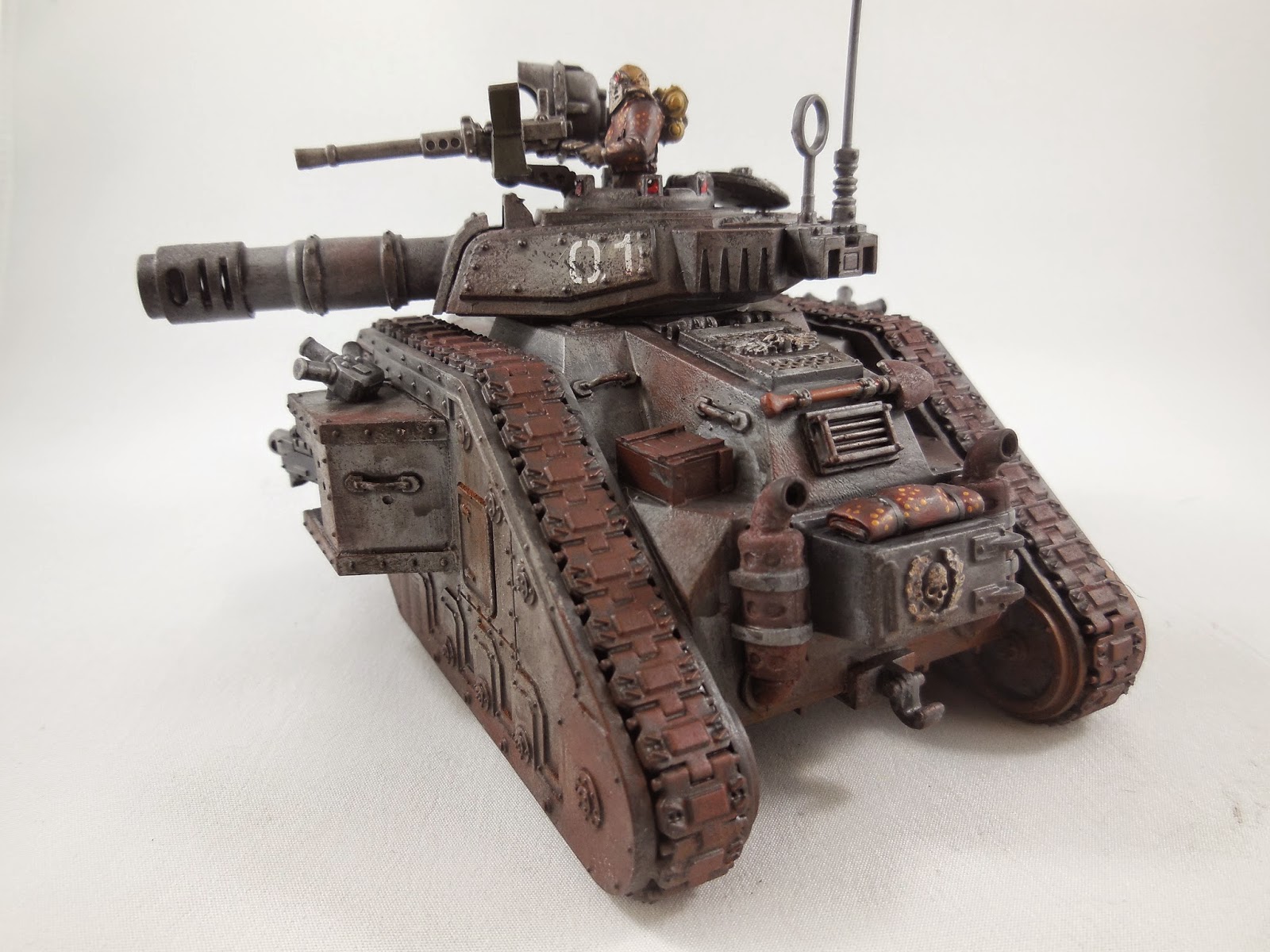 I really like the GW heavy stubber accessory for their armor kits. 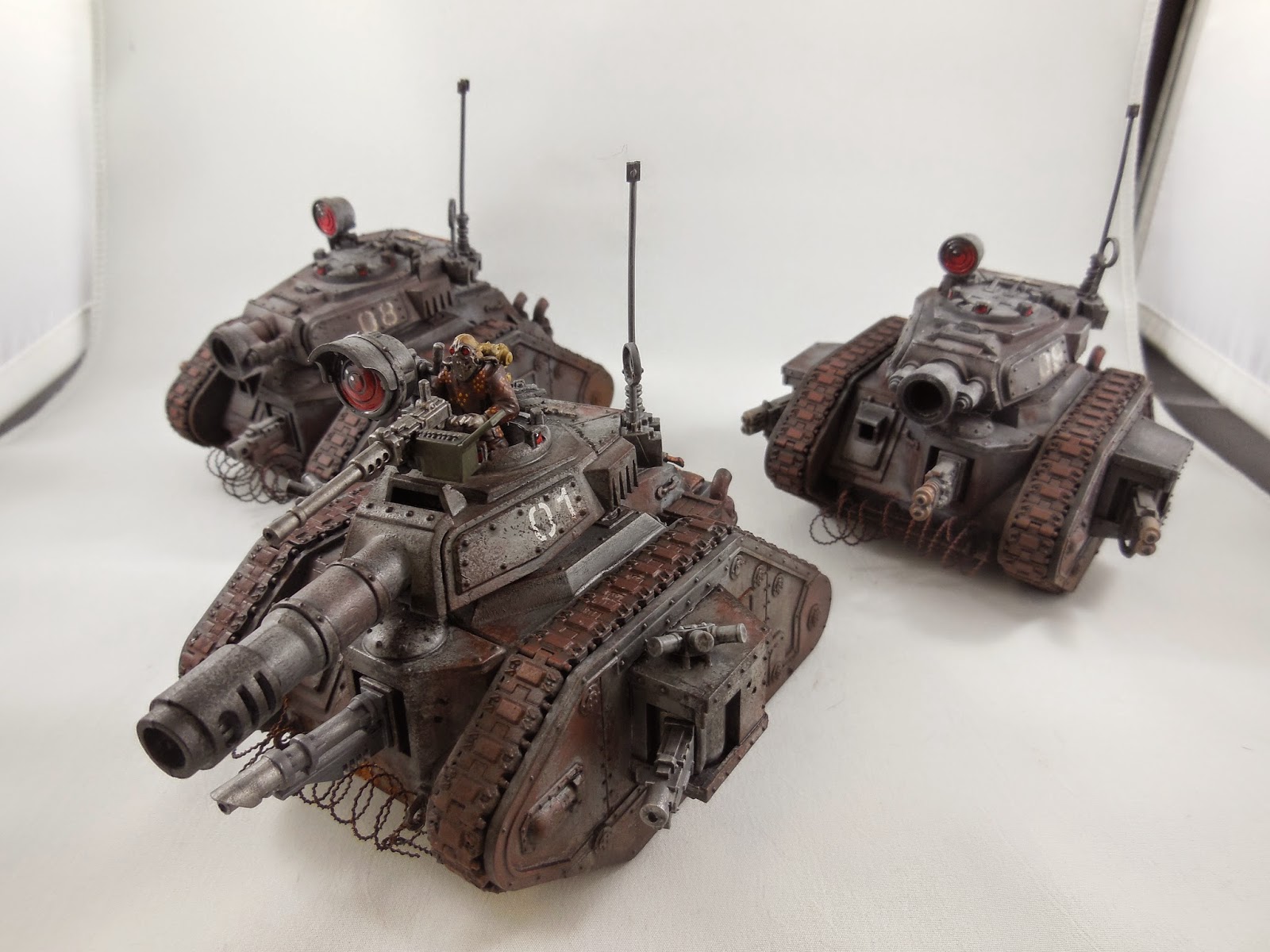 Here's the command vehicle with the rest of the troop. 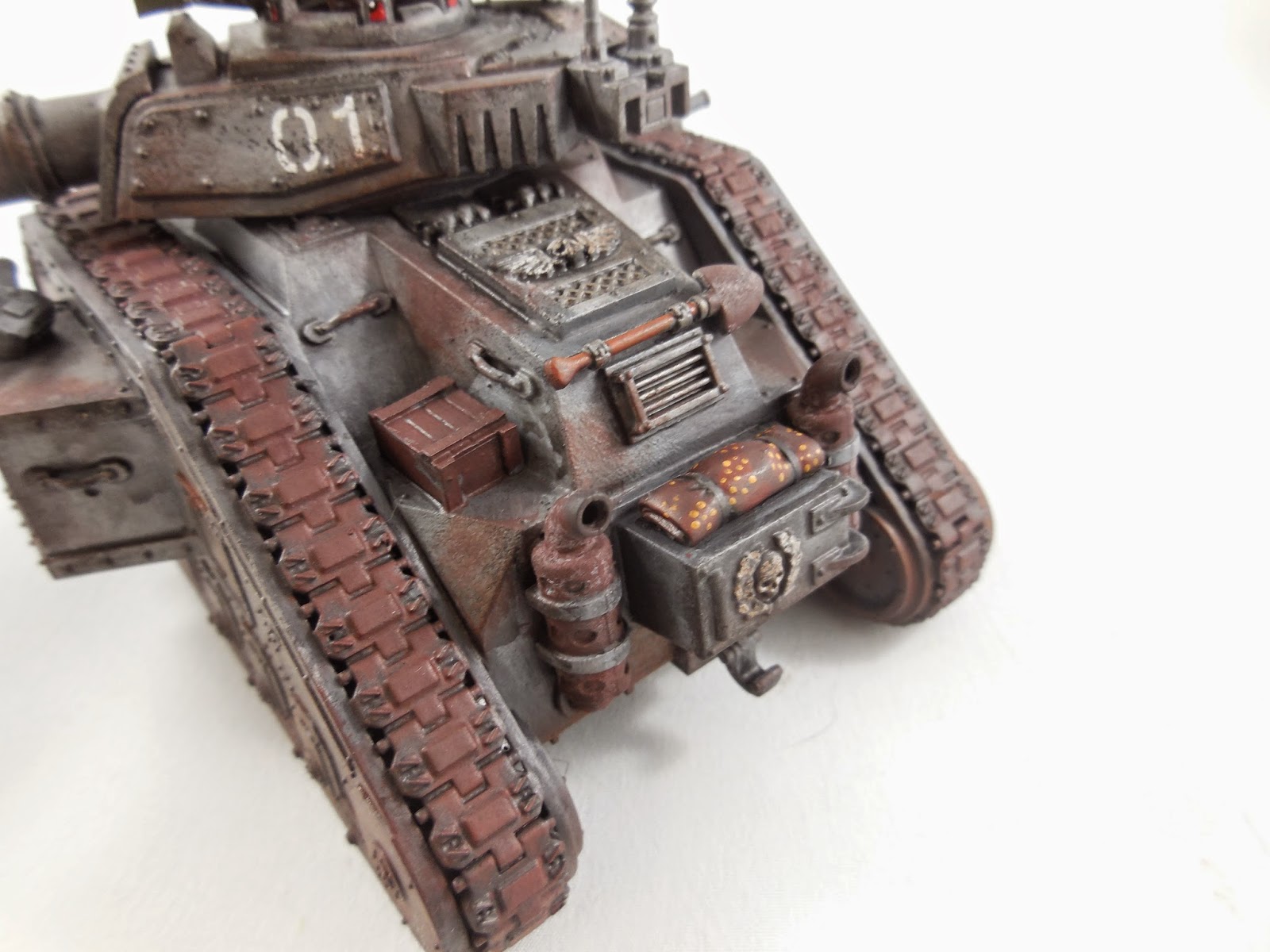 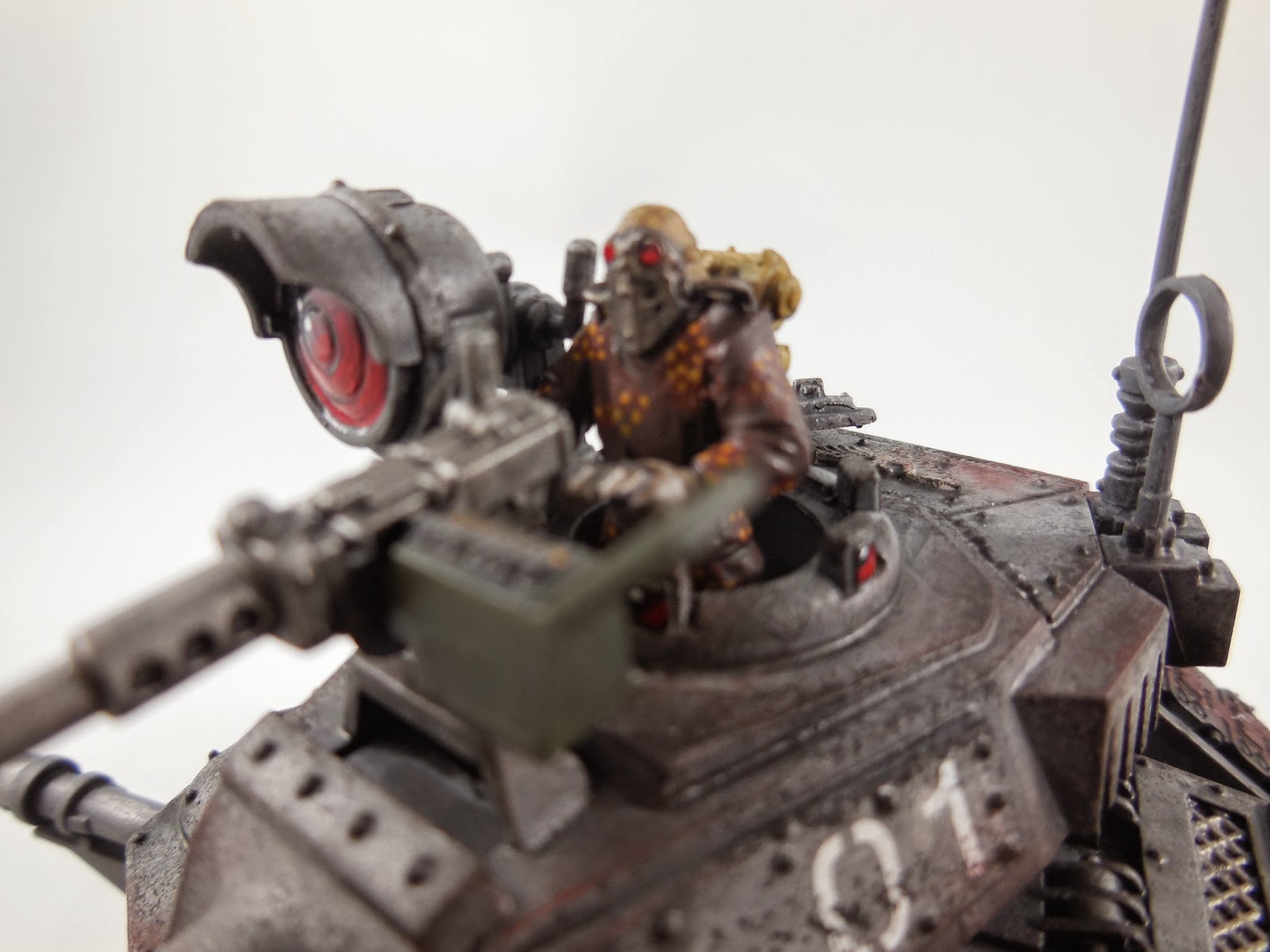 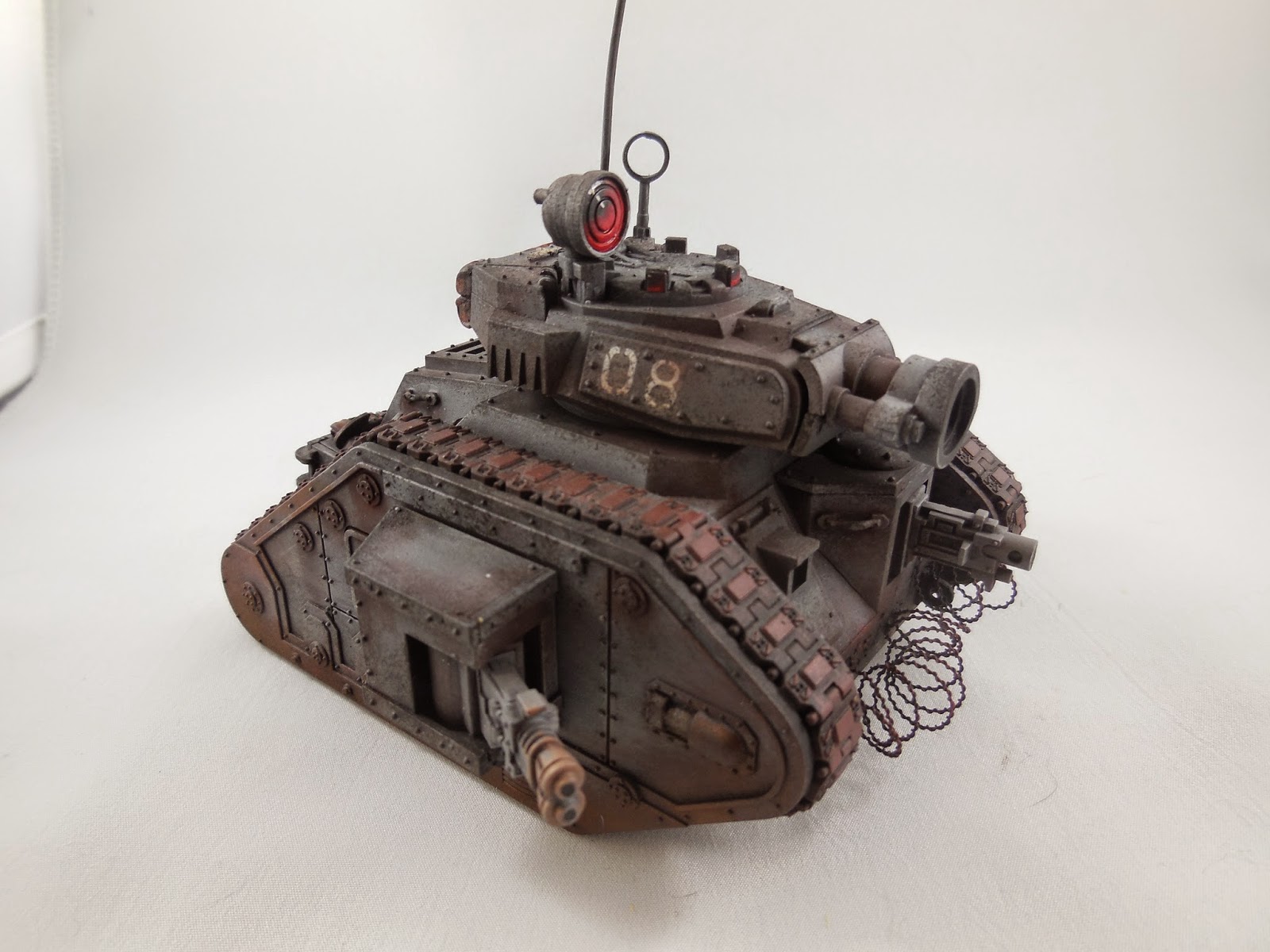 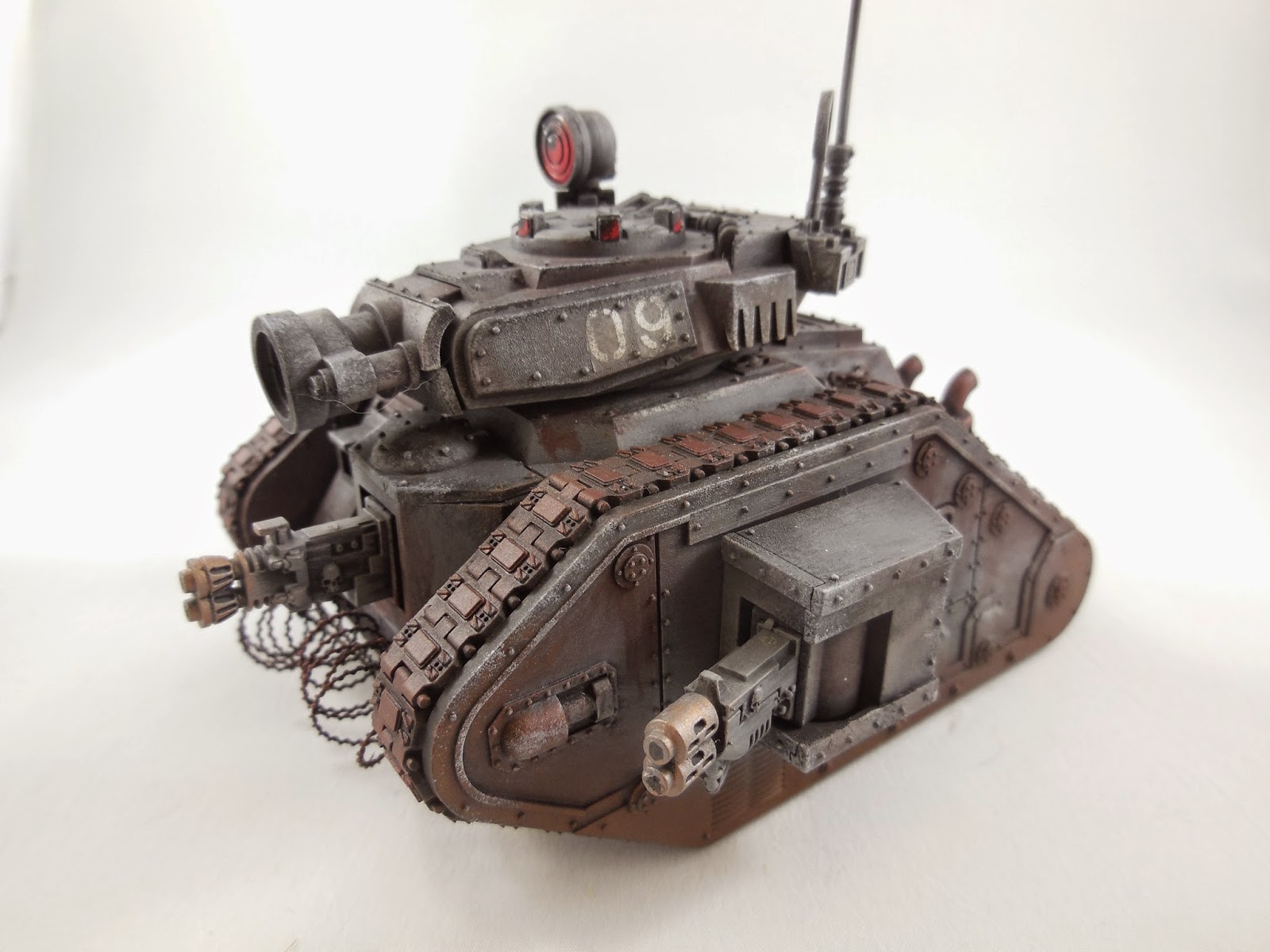 The vehicles are all pretty heavily weathered but I reckon that cosmetic maintenance isn't a huge priority when in the service of the Chaos gods... 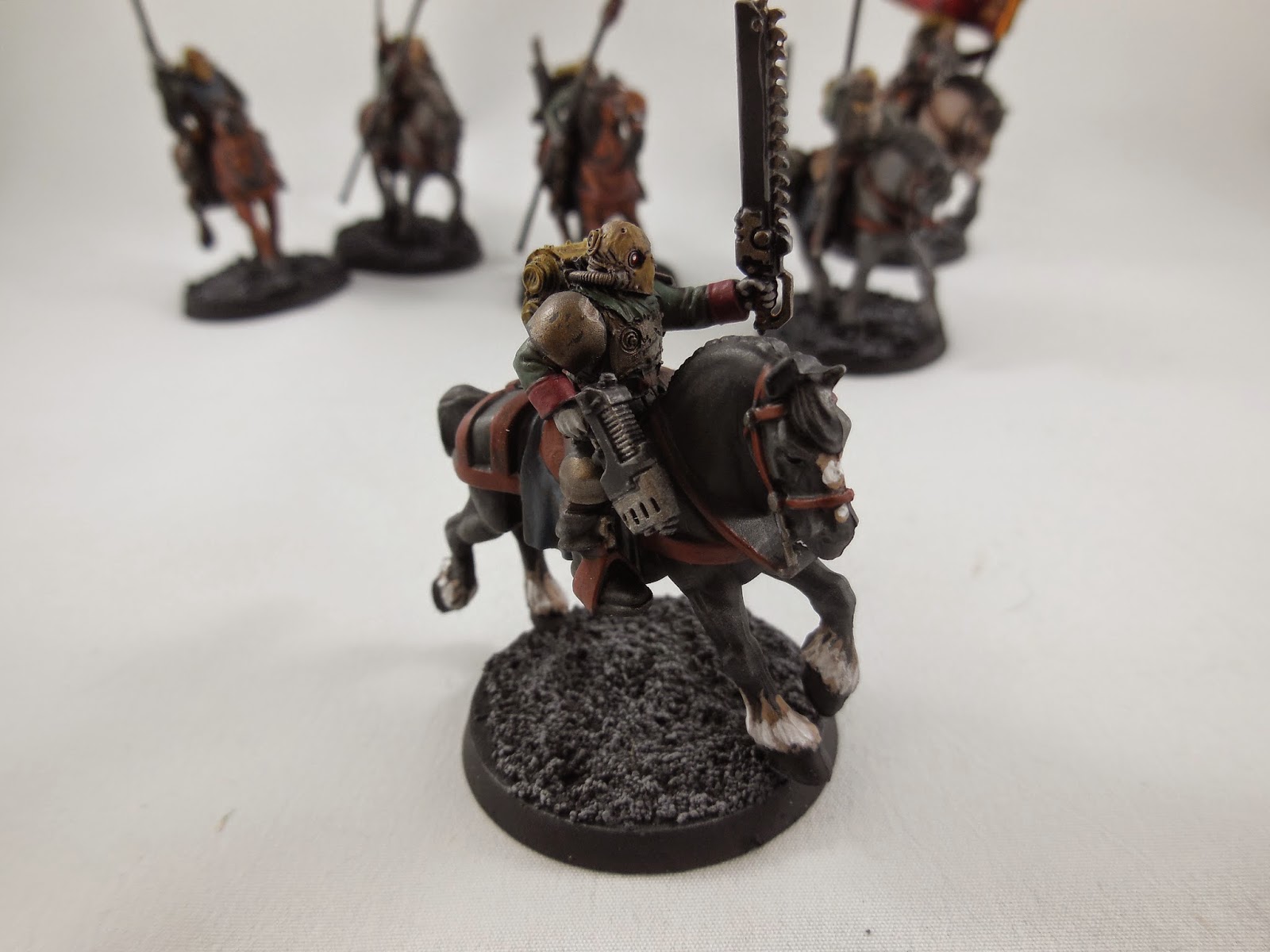 Next up are some better pics of the Renegade cavalry. These guys use GW Empire horses. The riders are Renegade Militia torsos on legs from WHFB Chaos Marauder cavalry, sprinkled with GW Astra whatever bits and Victoria Lamb arms and explosive lances. 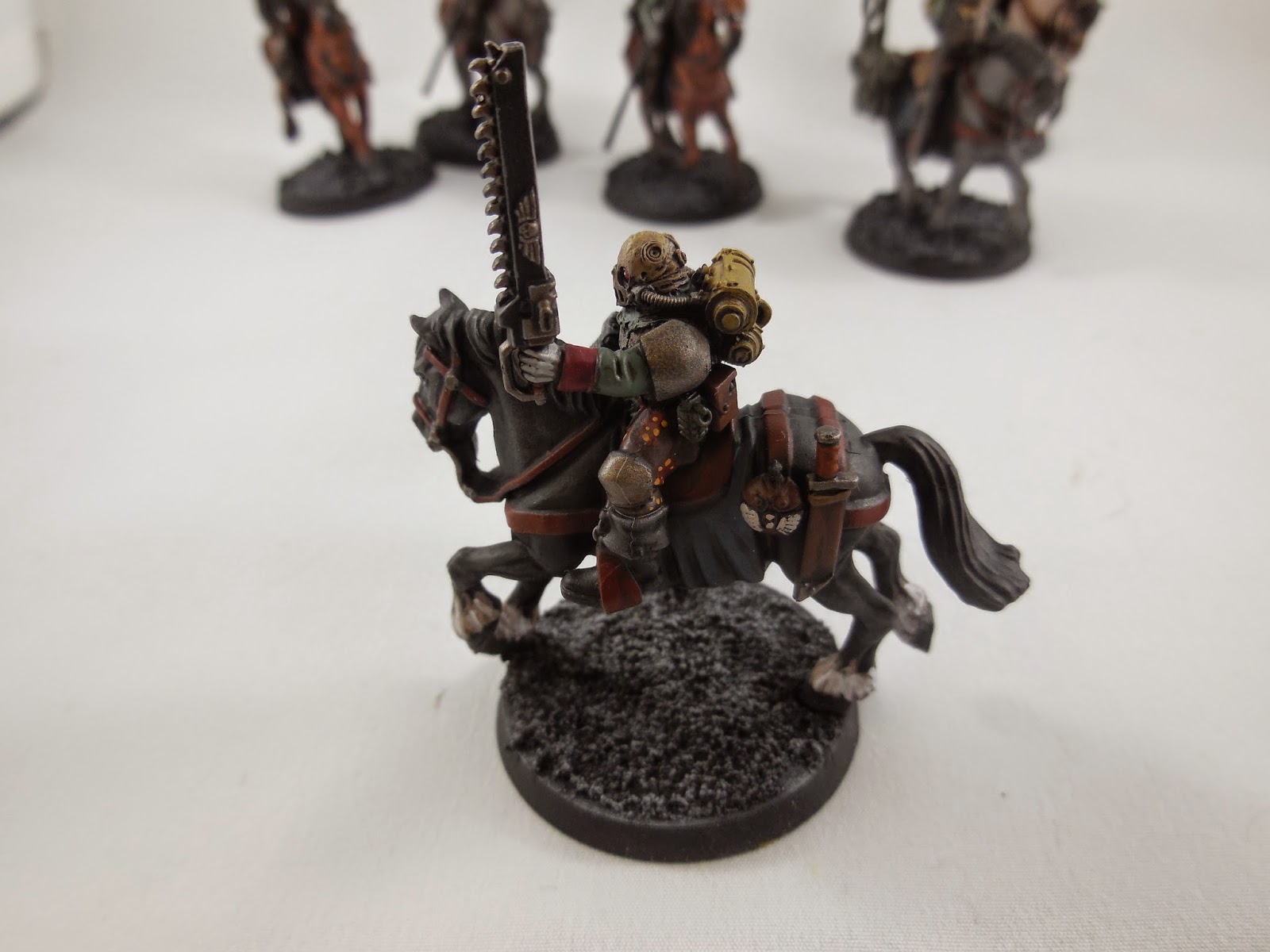 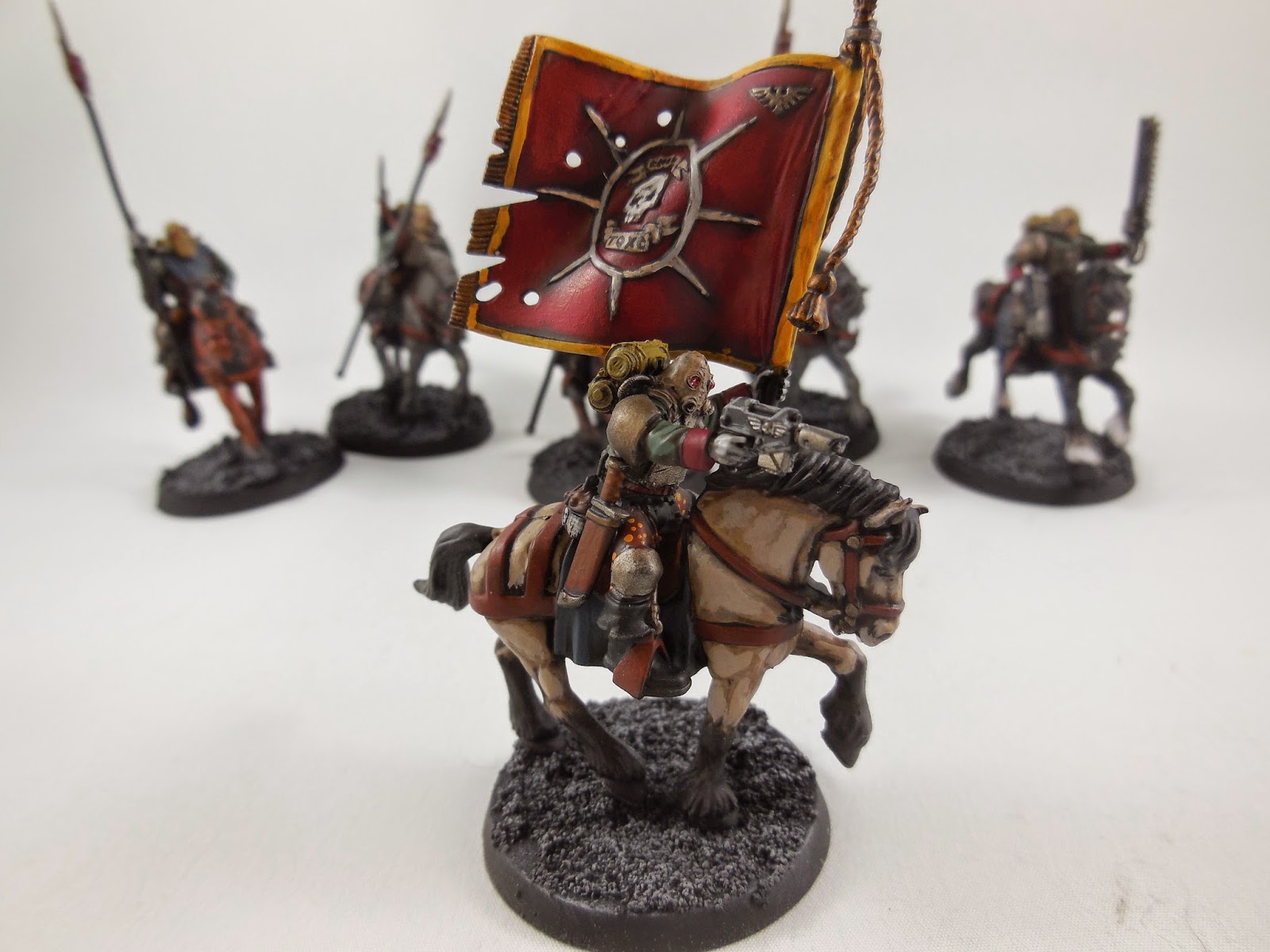 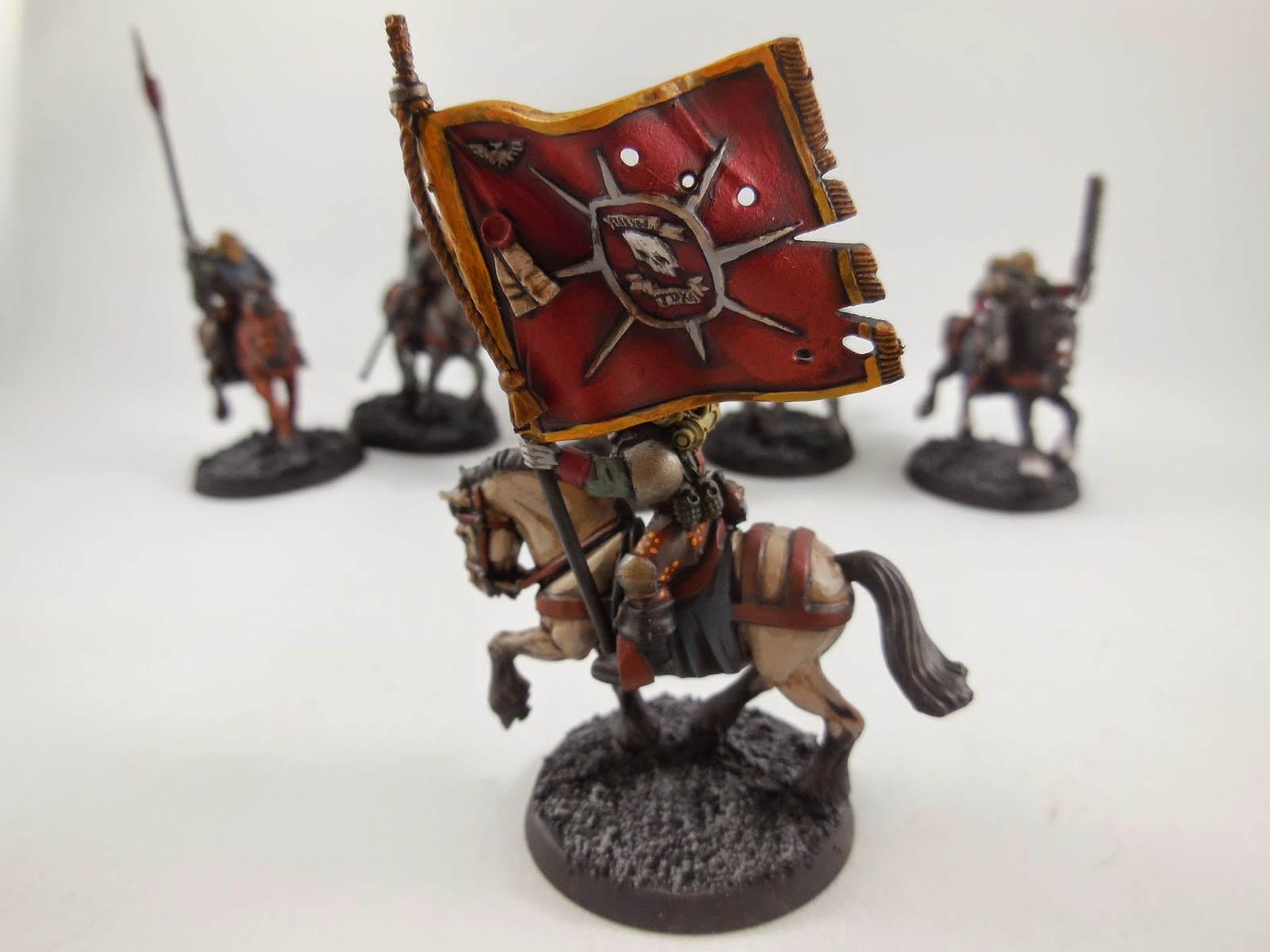 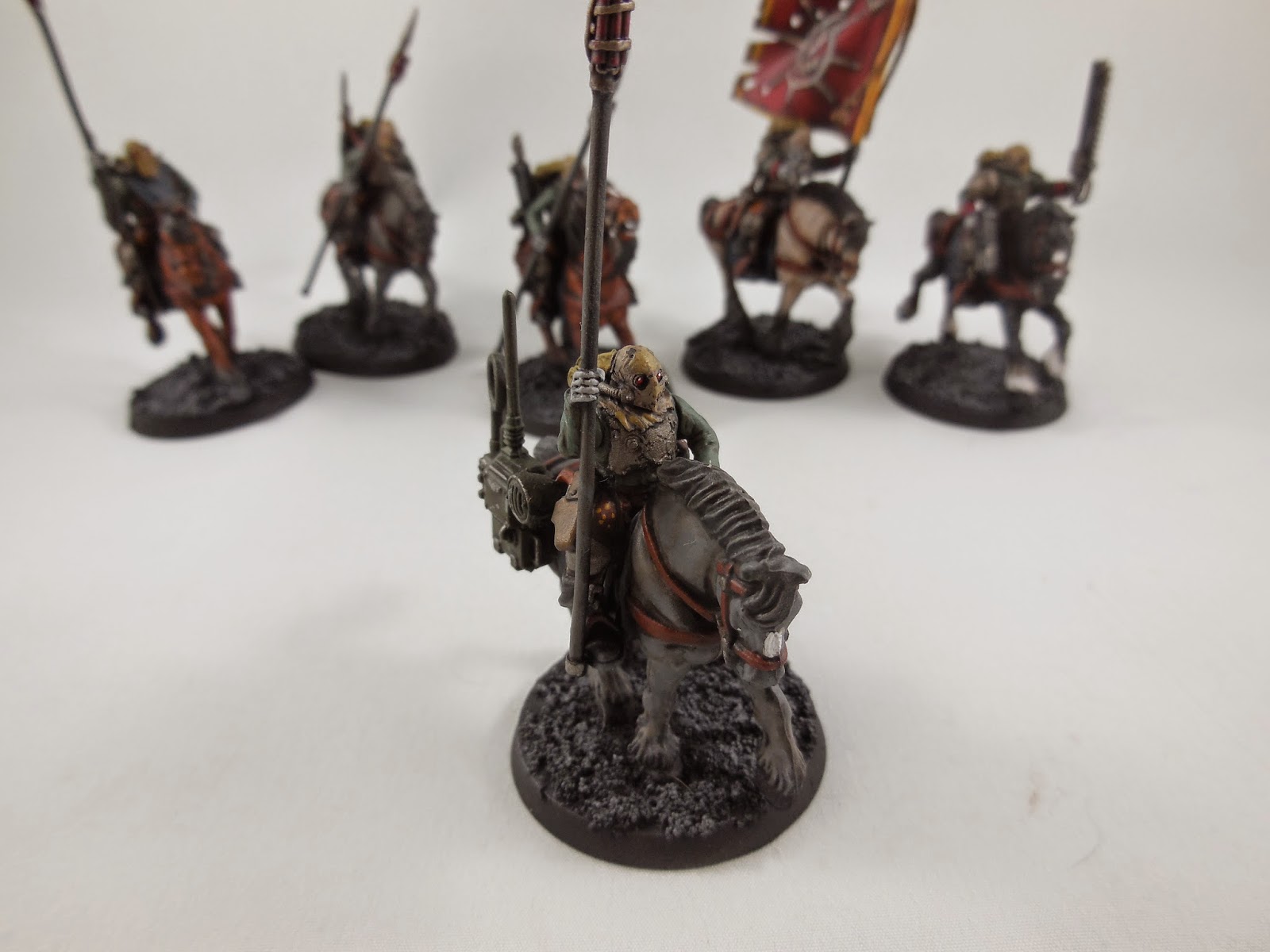 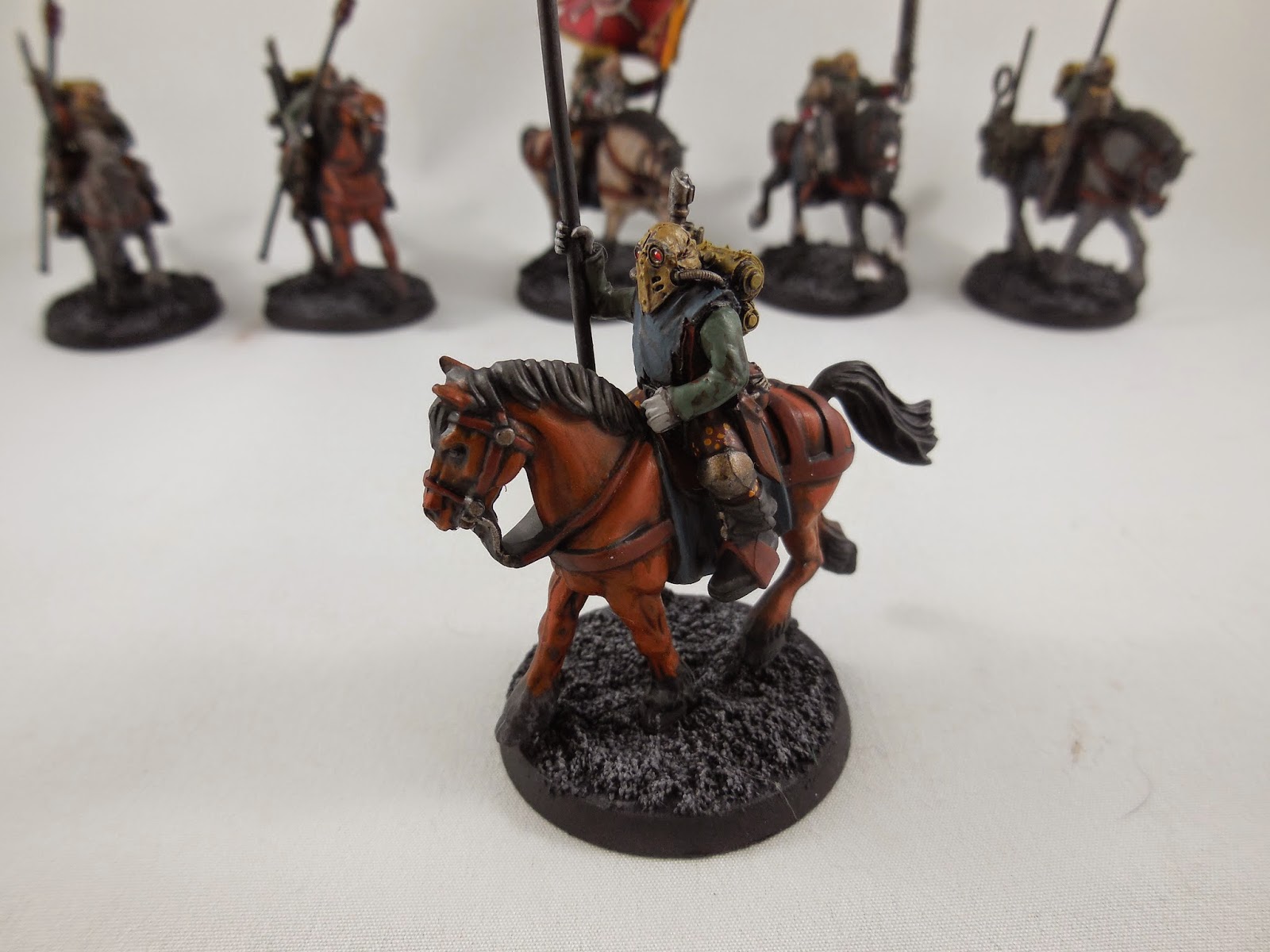 Trooper. I have four more troopers primed to bring the troop up to 10 models. 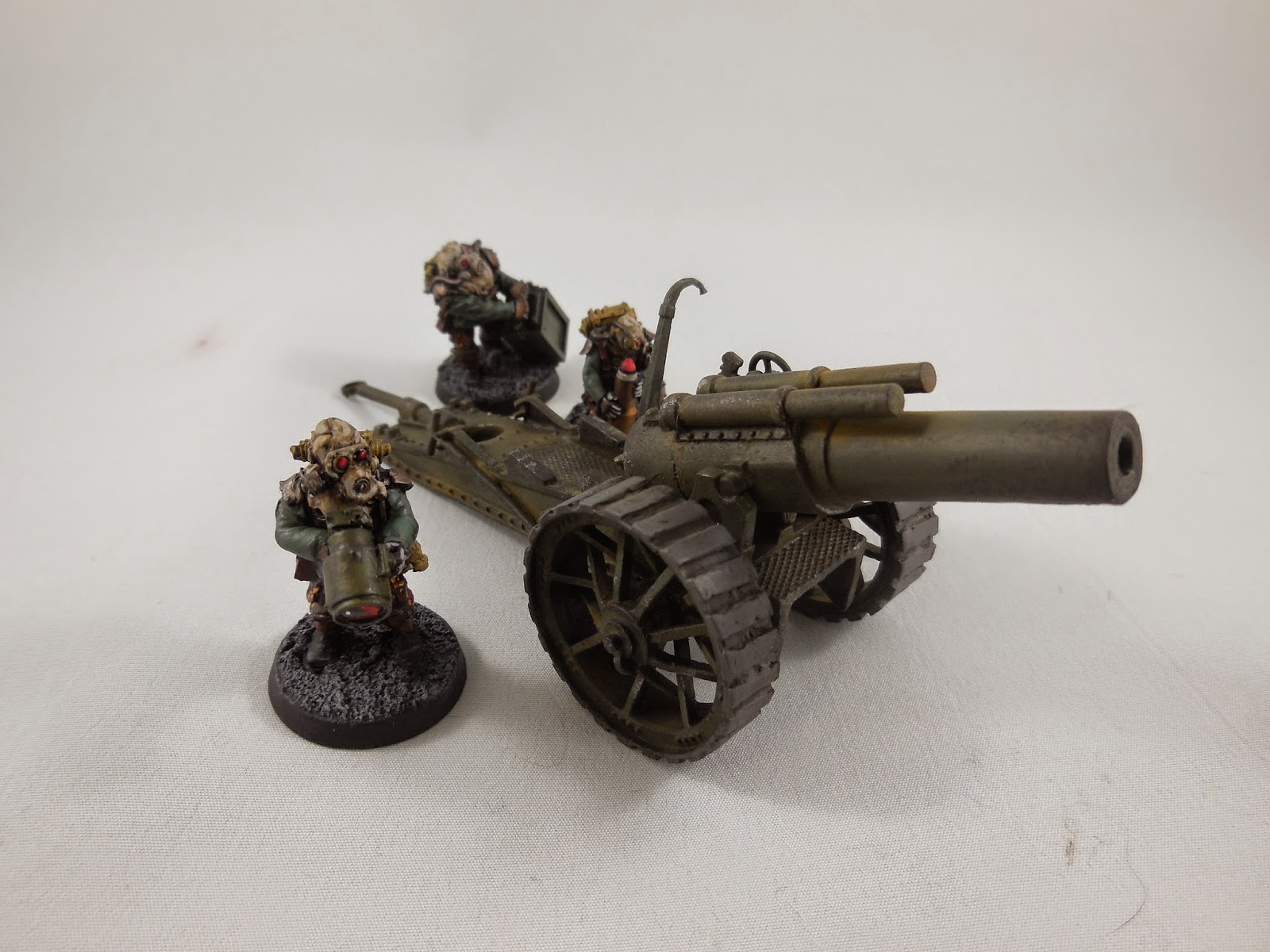 Last but certainly not least, I finished three Renegade Militia artillery crewmen. They're manning the HLBS British 8" Howitzer I got for Christmas. I think the look of this weapon suits the 40K universe to a tee. 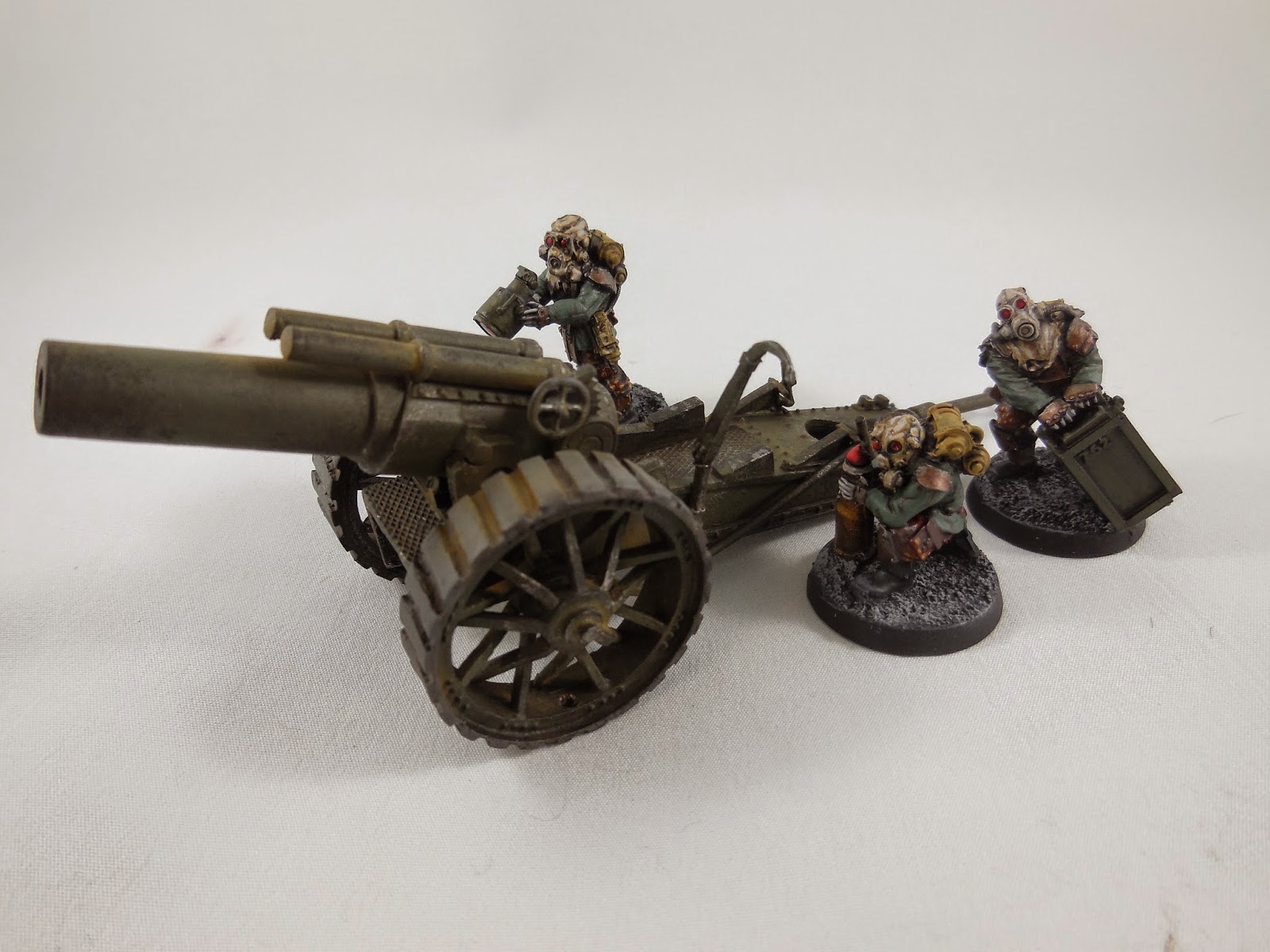 Great poses on the figures - I love the guy dragging the ammo crate and the gun commander with his bonkers monoculars. 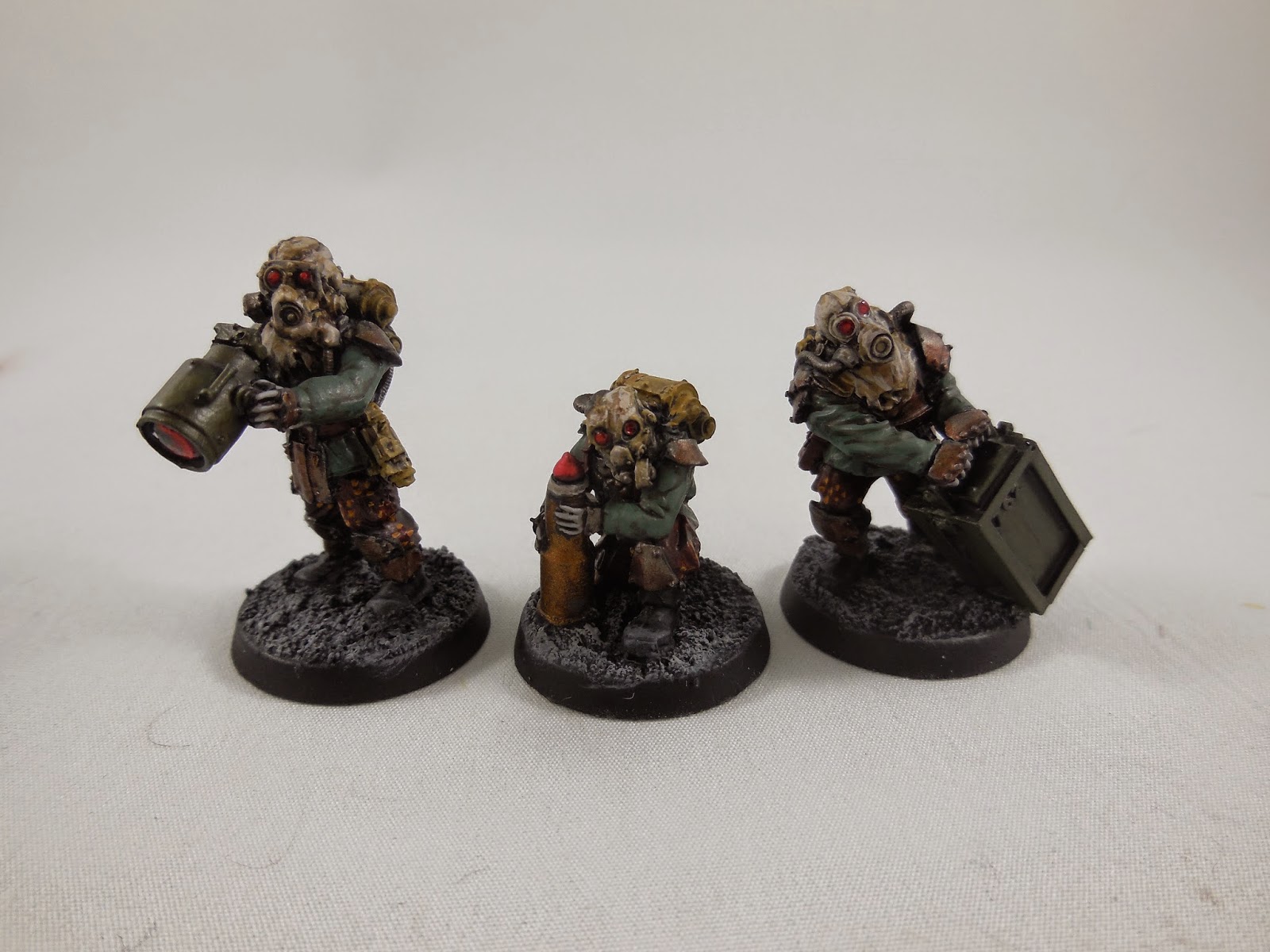 Gorgeous figures as always from the lads in Nottingham. The pieces went together quite nicely and the detail on the gas hoods is just so cool.﻿ 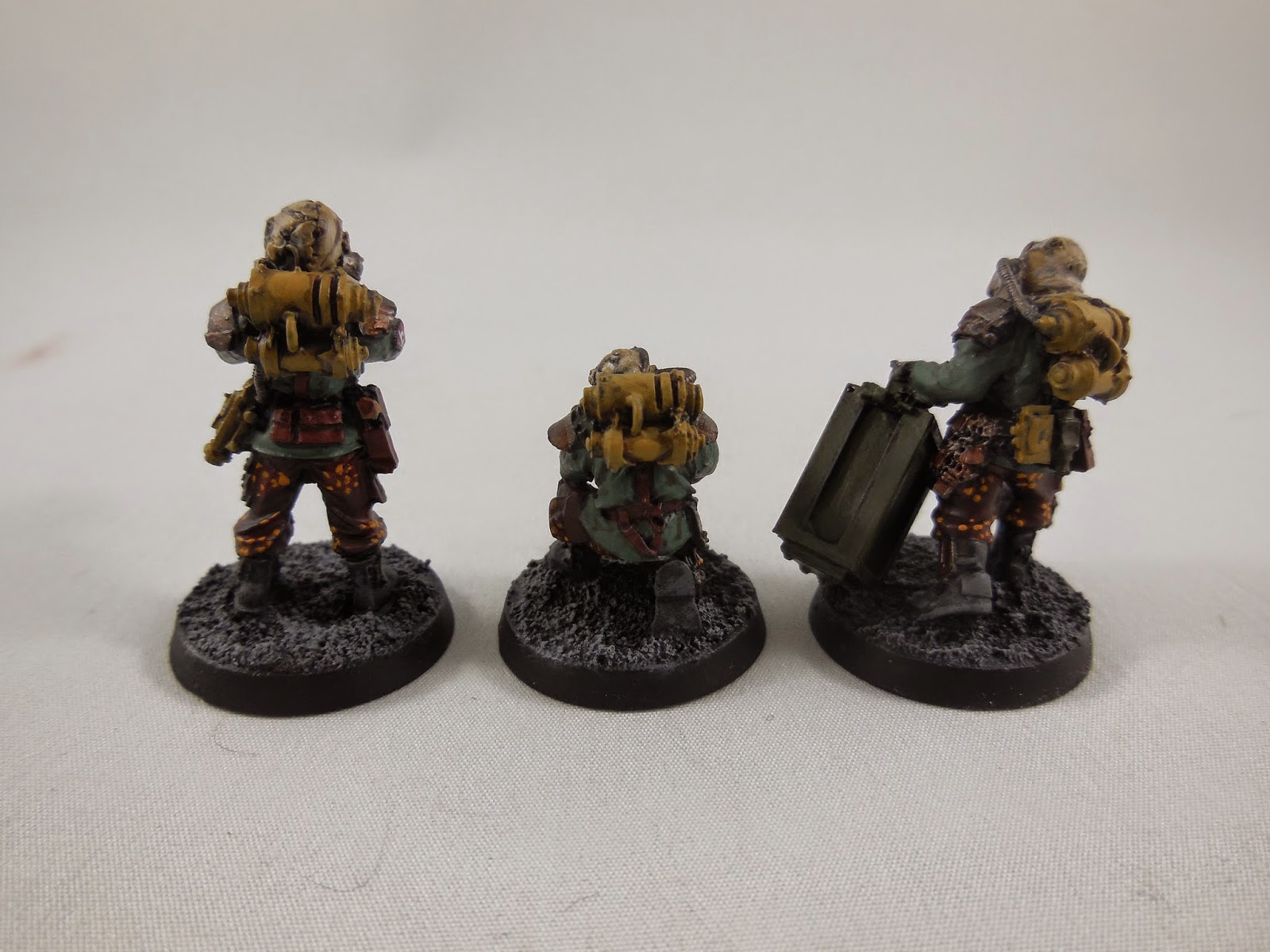 The equipment on these guys also matches the rest of the Renegade Militia. Nice to have that consistency when fielding them all together.
Now back to work on the Reaver Titan ;-)

Great work Dallas. I can see these fellows supporting Horus and his bold, progressive ideas in a game sometime soon...