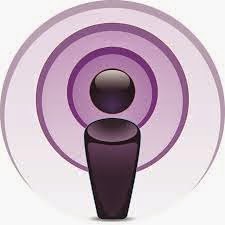 Many of us Conscripts are polymaths. This is a nice way of saying that our gaming interests are very broad and we're prone to the "oooh SHINY!" syndrome that plagues many gamers.

One of the constants with the core group, though, is our enthusiasm for Games Workshop and Warhammer 40K. Although interest may wax and wane, it's always there. Right now with the group, 40K seems to be on the ascendant. Several Conscripts are beavering away at Horus Heresy projects, Greg and I just finished painting our Imperial Knights, and we're gearing up for some huge games in the summer and fall.

With the advent of the Internet, hobbying has the potential to become all-immersive. There are a ton of blogs, discussion forums, and websites dedicated to all things 40K. But what if you're like me, and don't have a smartphone? How do you get your hobby fix while you're, say, riding back and forth to work on the bus? Well, the Internet has you covered too. You can download and listen to hobby podcasts!

So this is what I've been doing the last couple weeks. I've sampled a few of the more popular podcasts and while this won't be an in-depth review of each episode I've listened to, I'll give some impressions. I definitely have a favourite out of the ones I've tried so far. 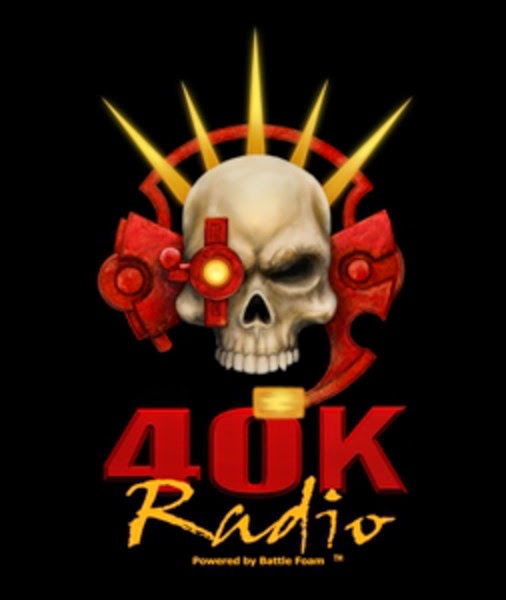 40K Radio - as the name indicates, this might be considered "the daddy" of 40K podcasting. While there has been some controversy around the podcast in the past, it seems to have smoothed out now under the ownership of "Romeo", who also owns Battlefoam, makers of laser-cut foam packing materials for transporting models. This fact was kept top-of-mind through several "commercial breaks" in the podcast for Battlefoam adverts.

I have to say that I didn't enjoy the episode I listened to all that much. Romeo is kind of an overbearing host and came across as the kind of guy who thinks he knows it all and isn't afraid to let you know too. There wasn't a ton of 40K content in the episode I listened to either; there was a long discussion about Kickstarter and Romeo's experiences with Wild West Exodus, his own miniatures game. While this was of moderate interest (especially the comments about how Kickstarter can gut future retail sales) there wasn't any 40K content in it at all.

When the subject finally turned to Games Workshop and their financial woes/crazy IP issues, Romeo's comments had me literally yelling at my iPod (yes, I know what "literally" means, I was actually yelling). He was talking about how most GW shareholders are just hobbyists who think it's cool owning GW shares and who don't really care if the company makes money for them or not. When another of the podcast guys tried to correct him (the majority of GW shares are actually owned by VC-type firms and Tom Kirby, the CEO) he talked right over top of him... for a guy who is presumably a sharp businessman, it didn't sound like Romeo had any idea of how really big business works. Institutional shareholders demand returns - if same are not provided, they sell out their positions, and the share price (and the value of the company) goes down. We've seen lots of movement in the institutional shareholdings at GW and what happened earlier this year? Value of the company dropped by 24%. QED.

The last item I listened to was a much-hyped interview with gaming personality Dave Taylor. This was a disappointing interview in that opportunities were missed. Romeo set up the interview by explaining how Dave was a long-time industry luminary who spent time at GW Australia and USA as well as more recently, Battlefront - but it was never explained in what capacity. I kept waiting for an exposition of what role DT actually filled at these companies but I never found out. We did find out (at length) that Dave plays Malifaux and has opened a new "consulting" business that caters to people (like Romeo) who produce tabletop miniature games. Great if you're like Romeo and you're one of these people, but this would seem of marginal relevance to the average hobbyist. I got the sense that Dave had some interesting stories to tell but Romeo really didn't draw this out of him, evidently preferring to talk up Dave's new consulting business as something everybody should take advantage of (!) Oh yeah, and 40K Radio has an Internet discussion forum that you have to PAY to join. Meh. 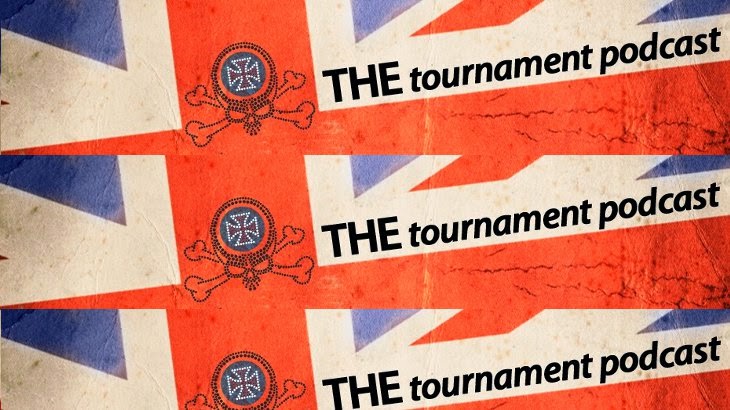 40KUK (aka "40K Global") - this is a British 40K podcast that concentrates on the tournament scene. I didn't get all the way through this one as my time on this Earth is limited and listening to reports about tournaments I didn't go to isn't a high priority, although I have to say that what I did hear entertained me. The host is a Ricky Gervais sound-alike and the the guy he interviewed had the grittiest Scots accent I've heard in a long while. Listening to Ricky and the Scotsman banter was very enjoyable, even banal exchanges had me laughing out loud. Ricky asked about the building where the tournament was held, and particularly the state of the "toilets" - "och aye, the toilets were lovely and clean, you could really feel comfortable having a sh!t." Magic.

This podcast really opened my eyes to the new tournament meta. Scotsman's tournament army is a Tau "Farsight Bomb" with allies Tigurius (Space Marine Librarian) and an Inquisition special character, Coteaz. The dripping cheese he ran up against (not to mention his own army) was ridiculous... three Chapter Masters! Multiple Greater Daemons! Four Riptide suits! Three Skyrays! etc. The battle reports were entertaining, but convinced me that I have no interest or desire in tournament play, ever. The best part of the podcast was the interaction between Ricky and Scotsman, it really made me laugh. 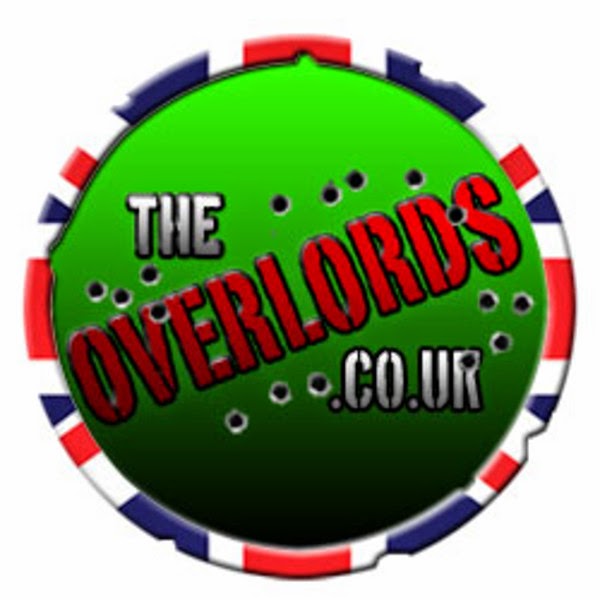 The Overlords - another British podcast that I quite enjoy. There's something about the Brits and their sardonic sense of humour that appeals to me, especially as regards 40K. They seem to have a much better sense of fun than the American podcasters on 40K Radio, who just seemed like they were on the edge of roid-rage all the time. These guys are pretty cool and laid-back. They do have one American on the show, Jason, whose voice reminds me of Mark Ruffalo.

They discuss hobby news, new models and codices, GW's general insanity, their hobby activities and armies they're working on, and games they've played. Listening to these guys is kind of like shooting the breeze with the lads on a Thursday. They're down to earth and not too serious, and do enjoy a terrible pun or inappropriate sexual reference. Good stuff.

All of these podcasts are available for free on iTunes. Check 'em out for yourself and if you listen to any others that you like, leave me a comment. Cheers!
Posted by Dallas at 11:50 PM

Based on your reviews, I think you should check out the Independent Characters.

Great review Dallas - I'll have to check these out.

If you like Ricky Gervais and swearing try 40KUK. It's really uncanny ;-)

Great list of things to check out, Dallas - thanks!

Not a podcast, per se, but still interesting - Wargames, Soliders and Strategy magazine has a Youtube channel with great painting videos: