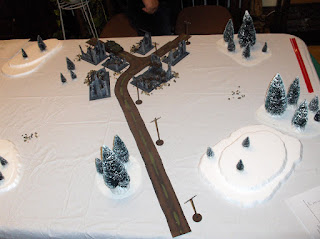 Several weeks ago I set up a Bolt Action game for Thursday - the Ardennes, 1944. Always nice to roll out the snow terrain when it's cold outside, and another good opportunity to amortize the Ruined Hamlet ;-)

The protagonists were the US 101st Airborne on one side, supported by two Sherman tanks: 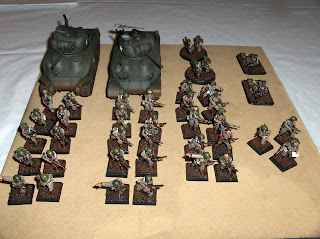 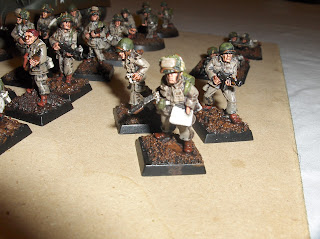 And on the other side, Volksgrenadiers (with one veteran squad mounted in halftrack) with Pzkpfw.IV "H": 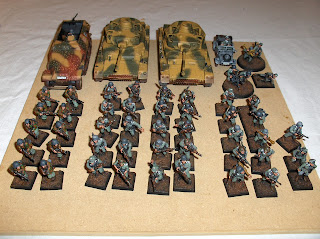 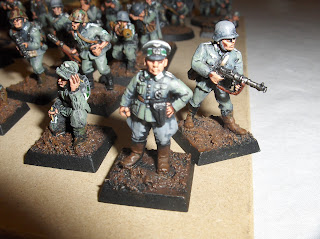 The Americans were rated "Veterans" (tankers Regular) and the Germans, the opposite - Regular infantry (with one Veteran section in the Sdkfz. 251)  and veteran tank crews. 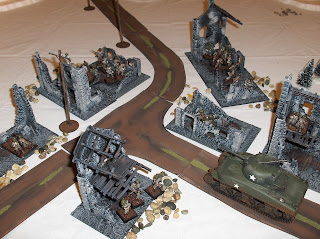 The US Airborne took up defensive positions in the village. The objective for the Germans was to root them out of their positions. Whoever controlled more town sectors at the end would be the winner. 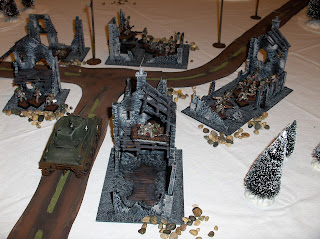 The 101st look pretty cozy in the ruined hamlet. 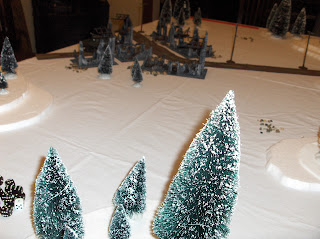 View from the western edge of the table. 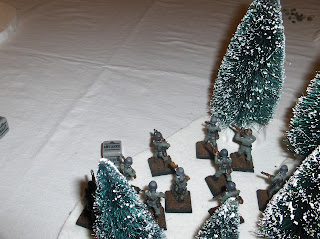 The Germans were permitted to deploy in a "U" shape along the southern, western and eastern table edges. 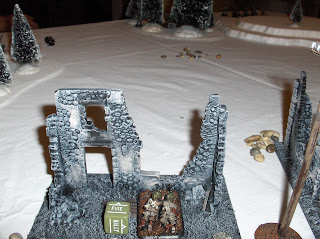 US .30 cal. team draws a bead. Conscript Kevin brought along his nifty Bolt Action dice. I thought they were great, but would be even better if they were about 2/3 the size... 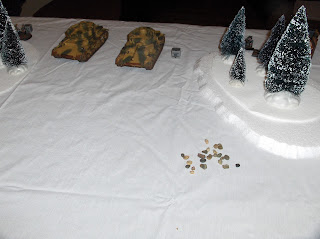 Panzers move on from the southern table edge facing the village. 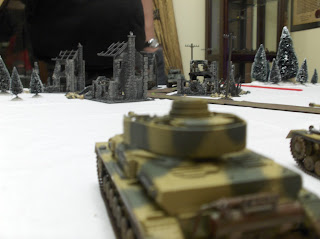 One of the veteran panzer gunners lines up a shot... "Gunner! Armour piercing! Enemy tank, one o'clock! 250 meters... fire when ready!" 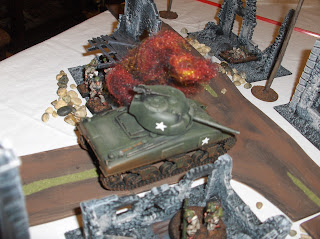 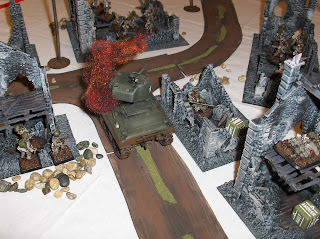 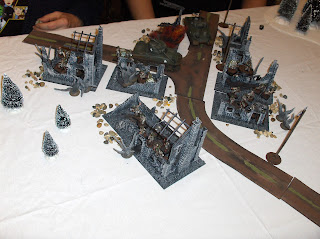 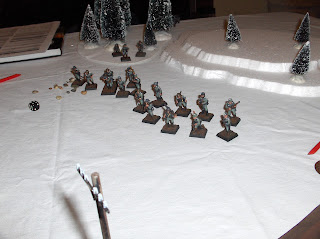 An infantry section advances across the snowy field. The destruction of a Sherman plus the approach of the veterans in their halftrack signals the general advance. 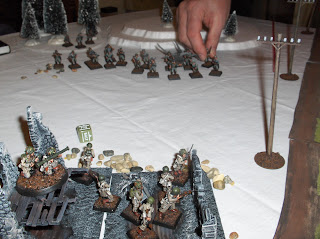 Heavy fire at the onrushing Germans from the dug-in Airborne... 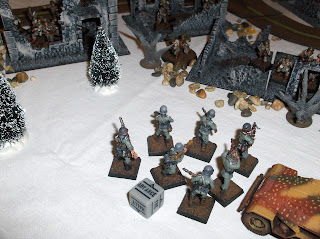 On the west side of the village, a German section reaches the buildings only to be shot down to a man. 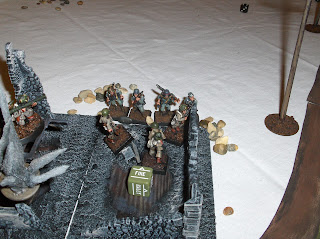 While on the other side, a German close assault is bloodily repulsed. 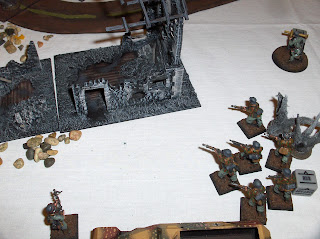 The German veterans drive the Airborne defenders out of their ruins with heavy fire... 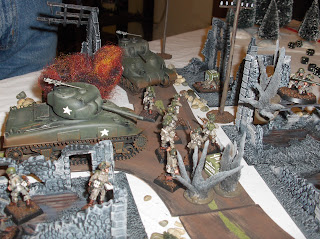 Airborne troops flee down the middle of the street. If I recall correctly they blundered an order check... thus opening the way to a German foothold in the village, right? 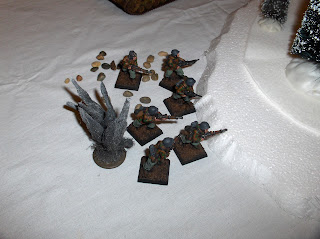 WRONG - as the Germans also blunder their order check and flee in the opposite direction!

At that point we called it - it had certainly been that kind of night for the hapless Germans. Partial blame must fall on the scenario designer (me) - shooting at Veterans in hard cover while advancing is always going to be a big problem for attackers. I probably should have downgraded the cover to only "-1" (soft) and/or given the Americans a bit less stuff. Live and learn... but it was a nice looking game and I think the lads had fun, which is the main thing.

My complete failure with morale roll for the Germans definitely goes into the Fawcett Hall of Shame...

While the Airborne were a REALLY tough nut to crack out of the town, I thought it was a good game. Pretty close in some areas! The two assaults came SO CLOSE to pushing home!

Once I get more of my Germans painted, I'd like to give that one another shot! Maybe a couple more squads, an HMG or two, and maybe a Mortar. I don't think we've used Mortars in any of the games yet, have we...?

And you're right about the dice - they could be a tad smaller and less obtrusive.