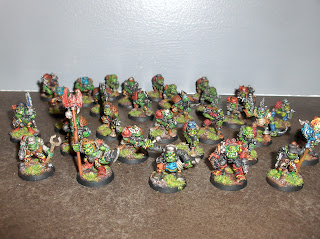 Recently I had the good fortune to come across a bunch of Rogue Trader-era Orks for sale locally on kijiji.ca. They were pretty cheap (about a buck apiece) and were even already painted to a decent standard! 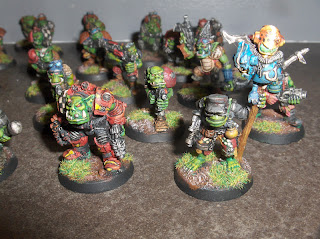 All that was required was to touch up some of the worn areas, paint the trousers in the signature Red Star Boyz camouflage, wash with Devlan Mud, and do the groundwork to match the rest of the army. 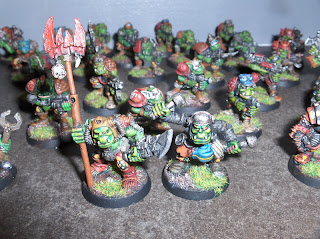 A couple hours of work later, and thirty-two more lads join the army - including the rare musician above at right. That makes over a hundred boyz, all metal and all RT-era. 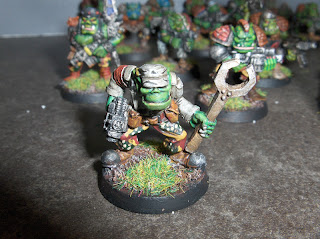 Mekboy was a good pickup in the lot of figures. 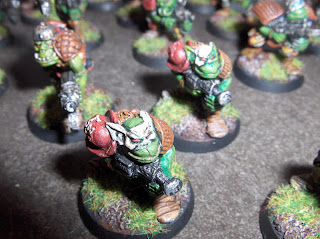 Some were even wearing warpaint! 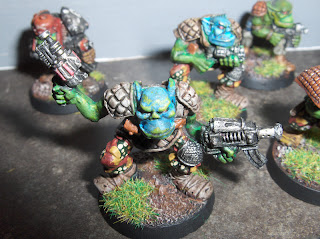 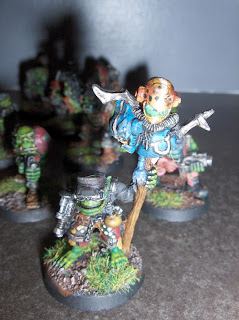 Standard-bearer was touched up a bit and the Howling Griffon paintjob added to the totem helmet. 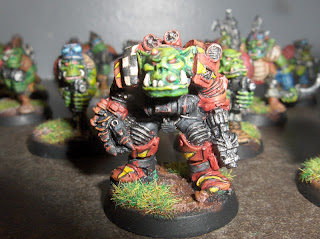 I guess it's almost time for another Armies on Parade feature for the RT Orks. I've got some more to do with them first, though, including converting some Stormboyz with jump packs and building another vehicle or two for the army. Looking forward to all all-RT 1500 point game between the Red Starz and the Howling Griffons!
Posted by Dallas at 3:41 PM

A great buy Dallas, nice touch up too!!!

Time for another run-in with Pedro and the "red fist" mob, perhaps?