Are You Ready For Some Blood Bowl??? 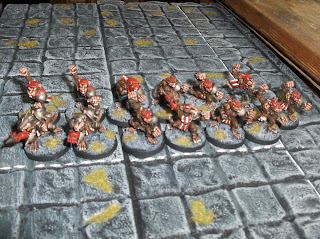 I was putting away the Space Hulk boxes from the game the other night and had to move the Blood Bowl box to do it, which reminded me that a) I have a Blood Bowl set, b) I have painted a BB team, and c) I would like to play Blood Bowl next year. So I took a few pics of my team in the hope that it will motivate some fellow Conscripts to paint their teams so we can try this very cool game. 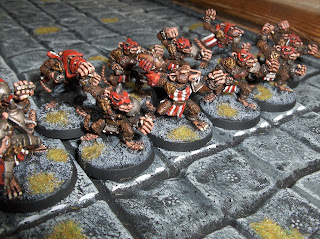 The name of my team is "Rat-thletic Club Skavenblight" and they are inspired not by American football, but by "European" football (that is, soccer) and in particular, Athletic Club Bilbao, the home team of our friends that we visited in Spain in 2009. 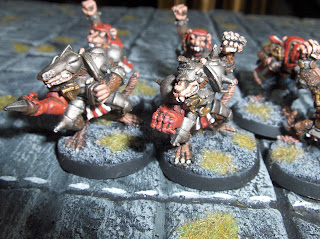 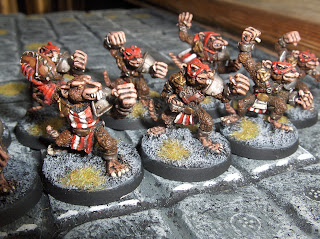 I'm in. Have an Empire team in a box someplace. Gimme a deadline. :)

Merry Christmas to you as well Paul! How about end of February for that Blood Bowl team? Would be great to have a game!

Sounds like a plan. I'll dig them up and prime 'em this weekend and aim for end of Feb.