It's been a few weeks since anything's been posted, which is failry typical of August. I haven't been idle however and I wanted to show some of the things I've completed / been working on. First up is the Arachnus Heavy Lascannon Bettery for the Deredeo Dreadnough for 30k. Greg was kind enough to entrust me with his 30k Alpha Legion prior to his move to Toronto. This included a Deredeo Dreadnought with weapon arms fully magnetized! I decided to up gun the dread and picked up the heavy lascannon battery from Forge World. It's a higher strength lascannon for taking on pesky loyalist tanks, which my Imperial Fists have a few of. The magnets lined up failry well and my paint job blends in ok with Greg's I think. 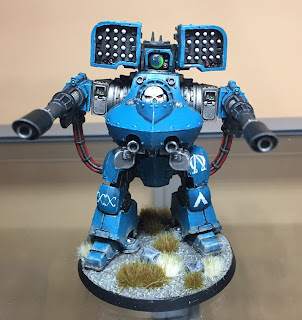 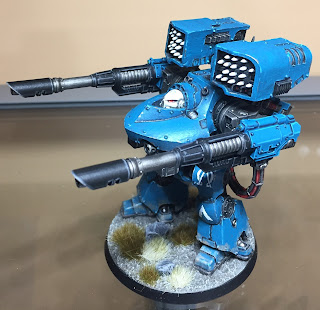 Next up is a Land Raider conversion I built for a yet specified 30k legion. The kit is the standard Land Raider from GW. The tracks, side sponsons and top plate are from Blood & skulls Industry. The kit serves as a replacement for the top hull plate and tracks of the land raider to make it fit with the 30k vehicle asthetic. It's well thought out and mostly fits together smoothly with the plastic kit. The only issue I ran into was that the wrap arount tracks left a space that was too narrow to fill with a single link of the tracks. I had to shave down two track pieces to make them fit. It came out fairly well and you can't really tell the difference. It should be noted that this is not a "cheaper" option unless you already have a land raider sitting around. It is cool though and worth getting if you feel comfortable sorting out the track issue. Don't expect this to be painted in the near future, I just wanted to show off the build! 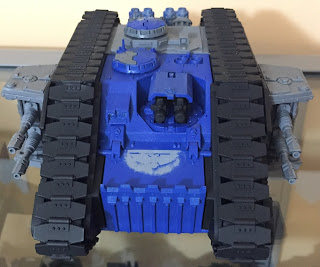 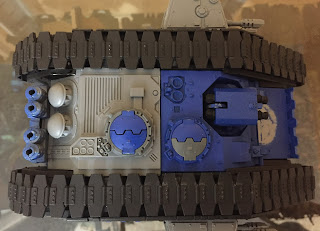 In non-GW gaming, I picked up Stargrave when it came out and it's got me raiding my bitz box and pile of shame for appropriate figures for crew and creatures. I located a suitable figure to represent a bounty hunter who periodically appears during a game and hunts one of your crew. The model is from Copplestone Castings. 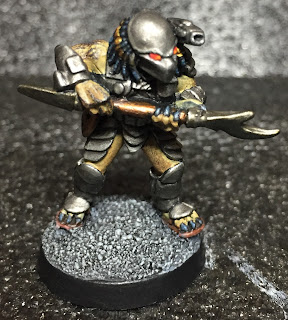 Finally, I completed a bunch more Battle Fleet Gothic stuff. I have two more cruisers and a squadron of frigates from Vanguard Miniatures for my Imperial Fleet. These are resin and require very little cleanup. I really like his stuff and I hope he branches off into chaos stuff at some point. I also received a bunch of ships from fellow conscript, John C. He had a bunch of models from the predecessor of BFG, Spacefleet. They're solid peweter and placing them on a plastic flight stand was a bit tricky. I have no idea how long these models languished on John's shelf, but BFG was new when I was in High School and Spacefleet was before that, so long enough I guess. I painted them up so quickly that I forgot two of them on my shelf! I refuse to let them linger for another 20+ years and promise to paint them ASAP. These ships will be used as transports and troop carriers for BFG games. 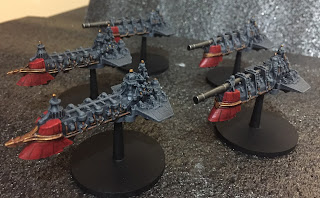 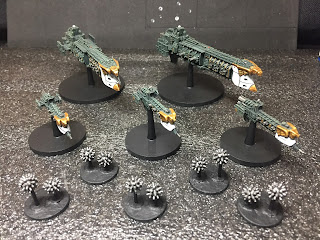 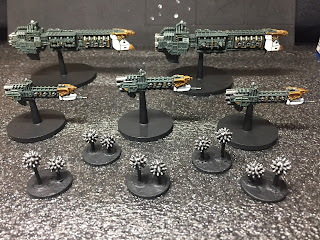 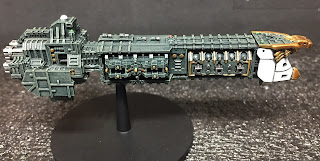 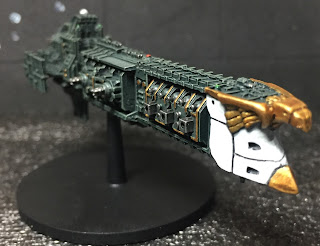 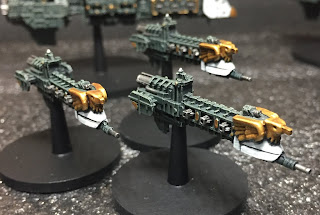 Well that's it for summer 2021! They don't last long in Canada and I can already feel the chill in the air. Hope everyone stays healthy and hopefully we can game this fall/winter.
Posted by MFraser at 9:22 PM

Awesome stuff all around Mike. I especially like the Gothic ships!

Great work all around Mike - looks like it has been a productive summer. The upgrade for the Deredeo looks awesome, and those Vanguard models are really, really nice - well done.

Cracking work on that doredeo dreadnaught. It looks utterly ridiculous with all of those massive weapons, so a job very well done!