After working all winter on a huge number of Ancient Greeks, it was time to get them out and on the table for a battle.  While the plan is to run a few story driven battles with everyone at Dallas's place, I really wanted to get a handle on the rules in a one on one game before attempting a big multi player game.

So, last week with Dallas away and no regular game booked, Greg and I got together to hash through the "Hail Caesar" rules and make a go at a game. 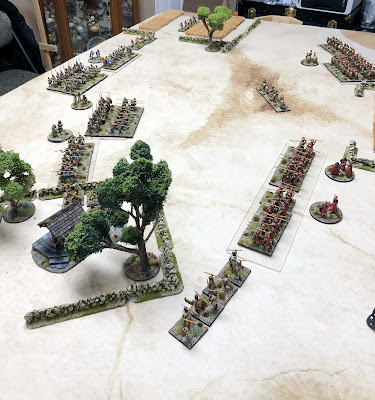 The protagonists were made up of a group of allied Greeks (Athenians and Thebeians) vs a smaller but more elite force of Lacedaemonians (more commonly referred to as the Spartans).   The battle field was made up of a lot of open desert area, with a well blocking part of one flank, and a few fields scattered around the edges.

Here are some of the Allied Greeks. 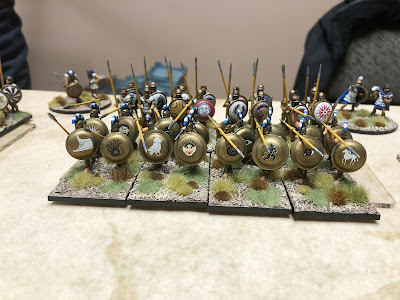 And here are some of the Spartans. 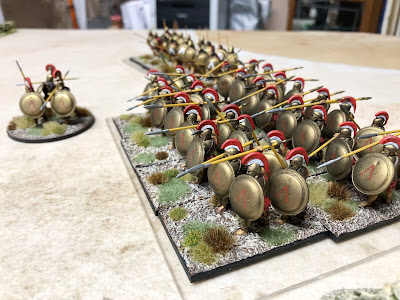 The rule set we used is "Hail Caesar" but most of you will be familiar with it in it's many other incarnations as: Pike & Shotte, Black Powder, or originally as Games Workshops Warmaster!


The game started with a lot of manuever failures on the side of the Athenians, with several units just refusing to follow orders. Eventually though after about 2 turns of minor move and adjust, both Greg and I went "Screw this!" and slammed our forces into each other. 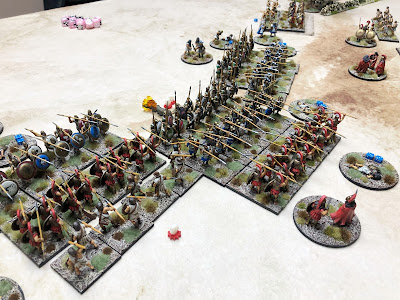 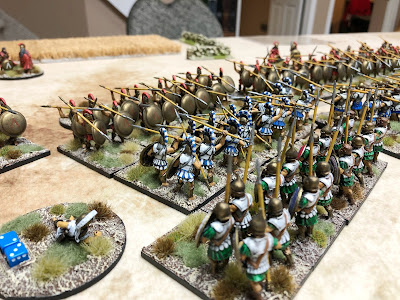 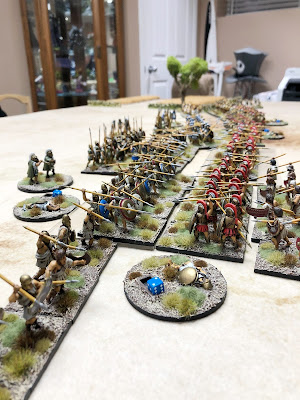 The initial hit, shattered an Athenian unit and sent it running right off the bat!  I suddenly worried that the game would be over in 30 minutes flat and that I would need WAY more units for a viable game.  However, it turns out that was a fluke, and things settled down after that with the push and counter push (literally) that phalanx combat was known for. 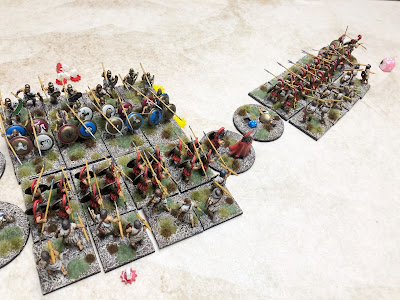 The Spartan push on their right flank went well to start and then due to a number of bad rolls for them, and great rolls for 2 small skirmish units, they got held up for a large number of turns.  They finally routed the 2 small units but were too late to help elsewhere by that time. 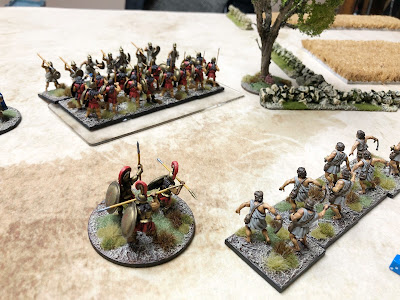 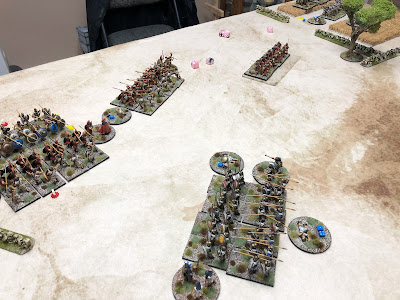 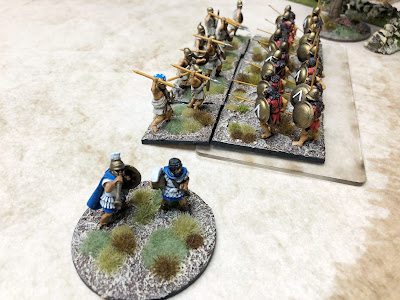 On the Athenians right flank, they pushed forward, but then got pushed back 3 or 4 times all while shaken and disordered!  Amazingly they never ran and held several units in check for most of the game!  They finally did route near the end, but by then it wall in in the center for the game. 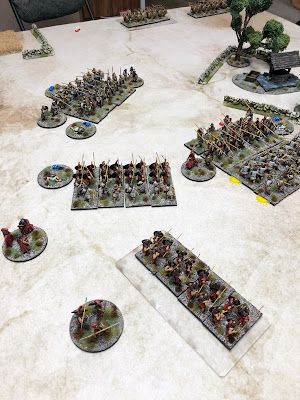 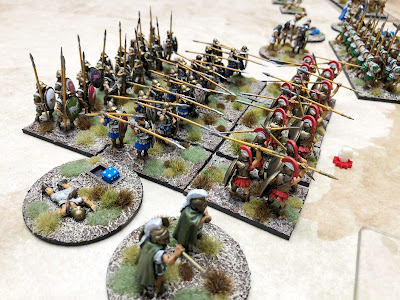 The center of the battle tied up at least 3 units on each side and was back and forth for a long time.  In the end both sides were battered, bruised, and shaken.  The deciding factor ended up being both of us throwing our generals in for a few extra combat dice, and units deciding to run due to being shaken and having to test on tied combats. 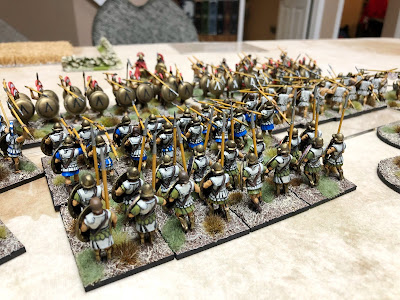 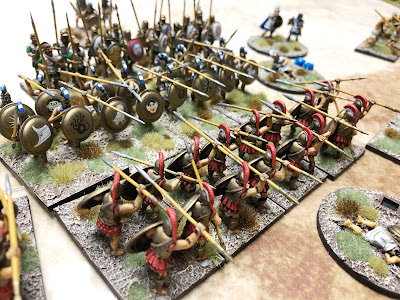 There were a lot of tied combats since phalanx units count anything that is a loss of up to 2 as a draw.  This meant that until they were shaken and had to test moral on draws, units just stood and took it!  The Spartans even more so, since they can reroll a failed armour save each turn so took far fewer casualties. 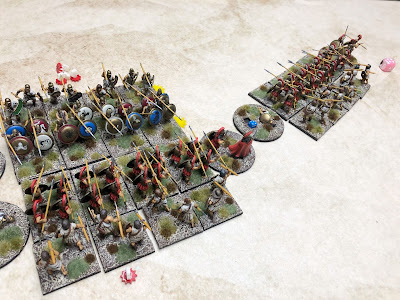 In the end, it was a blood bath with I believe 4 units left on the table!  Greg and I had a blast with it though, even though we made many mistakes, but figured them out along the way and corrected most of them.  We now both understand the rules much better and hope to have these figures out for a Thursday night game sometime soon!

That was a ton of fun, and the game and figs looked awesome. It was quite remarkable to see that whole collection appear from thin air over the past three months, and it will be great fun to continue playing some more "Hail Caesar!" games, great stuff.

Epic stuff and great to see the Spartans on the table!

That is a gorgeous looking game!