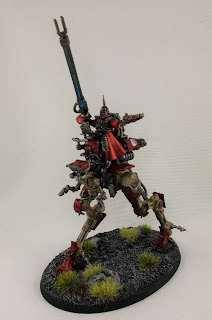 One of the hobby things I love most is rescuing unloved models and getting them back up to tabletop shape. There are two reasons for this. One is the pleasure I have in taking castoffs and making them usable, but the other is a bit less altruistic: it's that the models are already (mostly) assembled and (sometimes) even basecoated, so that saves me valuable hobby time on tasks I find a drudge. 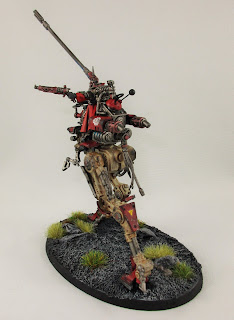 This Sydonian Dragoon came in a lot of AdMech models I came across on kijiji. It was actually reasonably well assembled and basecoated so the extra work required only amounted to a few hours replacing missing/broken parts, converting others, finishing the painting and basing, and applying decals and weathering. 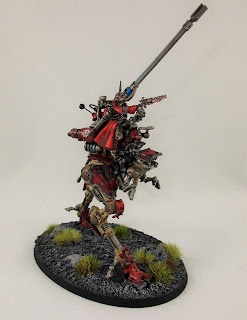 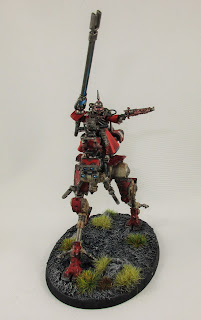 Kind of a neat model, but not one I'd immediately be drawn to having in my army. Cool though. 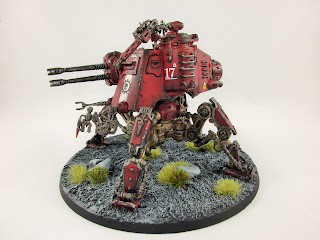 The lot also included another Onager Dunecrawler. This one required a bit more work in ordering some of the missing parts, like ladder rungs. It was already basecoated but I finished it similarly to my other Dunecrawler. 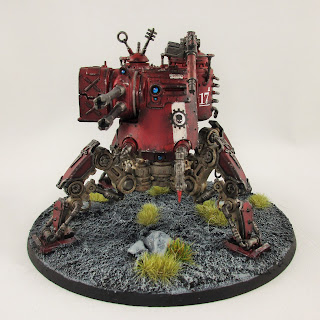 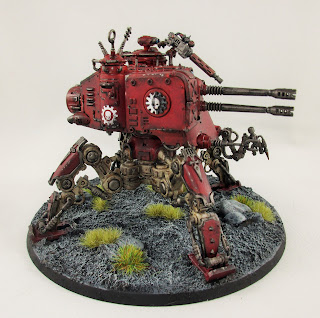 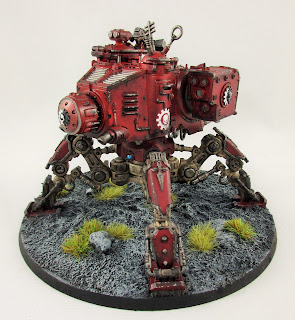 I've read that the autocannon/missile array thing was the loadout to have in 7th, not sure about 8th. I guess we'll see when it gets on the table. 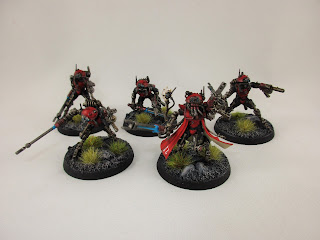 The Sicarian Infiltrators required more work yet. Although some basecoating was done, the heads and some other parts were quite messed up and I was thankful that the seller included a large bits tub with my purchase. 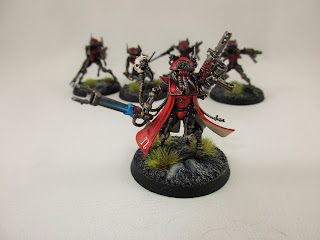 I was eventually able to get them in a semblance of order and I think they turned out OK. I love the Matrix-like scary helmets and tentacle tubes. 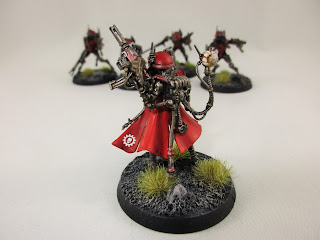 No AdMech leader is complete without a servo-skull or two! 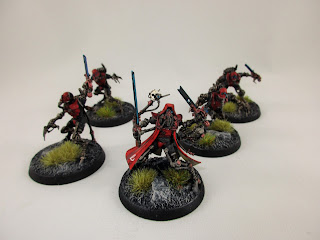 Sicarian Ruststalkers. Same kit as the Infiltrators but some different parts used. Again, required some head swapping and general tidying. 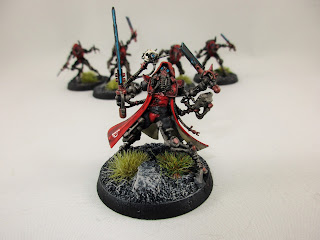 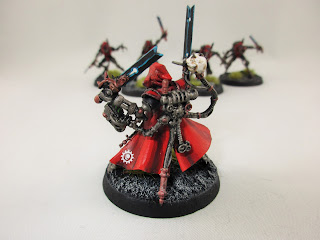 This guy gets a laptop computer as well as a servo-skull. Spoiled or what?? 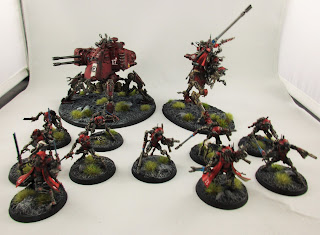 Here's the whole lot so far. Still have a squad of Skitarii Vanguard and a few Rangers to finish up. Once they're done it will be high time to get them out on the table for a battle. I've been toying with the idea of an Adeptus Mechanicus task force fighting Tyranids in an underground complex (Space Hulk tiles) while on a search for some item of lost tech or other...?
Posted by Dallas at 11:09 PM

They are properly stunning!

I love the weathering on the Dunecrawler.

Brilliant work Dallas - these look really sharp. I think a skirmish over Titan spare parts might be a fun scenario to pursue...