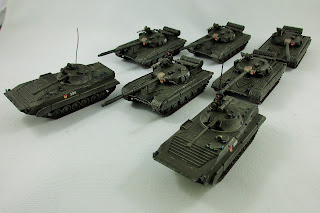 Over at Conscript HQ we're getting ready to stage a big Team Yankee game at Legions Maxximus (nee Legio-Con) next weekend. So I've been motivated to paint a bit of Soviet armour to balance out the masses of lovely West German and Canadian models that Greg's been turning out. 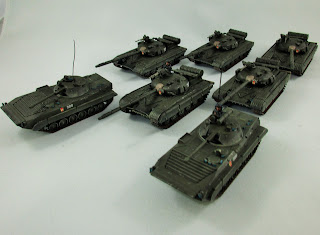 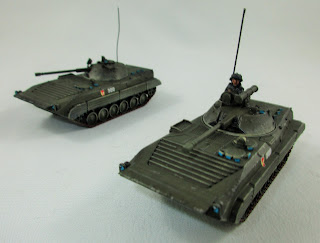 Here we go with the BMP-2s. 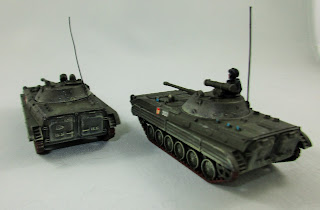 Great little models, easy to assemble and accurate enough for me. 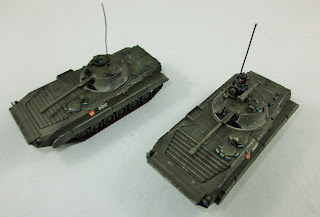 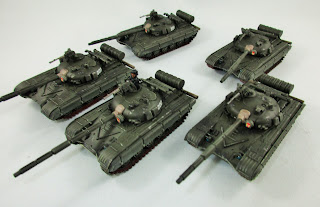 If the BMPs are nice, the T-64s are AWESOME. These are the machines you want as a Soviet player: a few more points than T-72s, but better armour and the amazing range of the AT-8 "Kobra/Songster" ATGM make this tank the one to have. 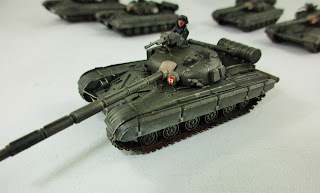 Paint technique was identical to the BMP-2s. 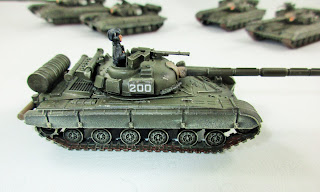 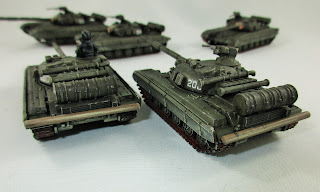 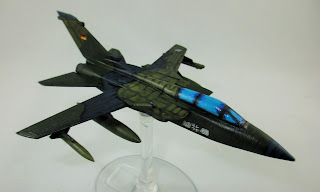 Now let's balance things out a bit with some NATO love. Here's a Tornado attack aircraft. 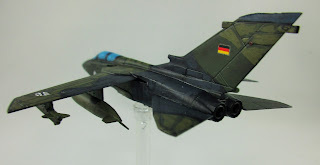 This is a 1/144 scale plastic model kit purchased off eBay for a very reasonable price, at least when compared to what Battlefront want for their resin aircraft. 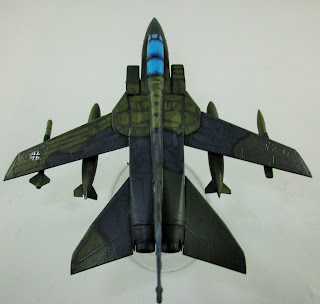 Not being an expert in ground attack loadouts I just assembled the plane per instructions. Swing wings were fixed in position as well. Paint scheme was cribbed from the excellent "Wings Palette" website with kit decals. Sorted!

Well, as noted, I hope to get these models into action next week at Legions Maxximus. See you there!
Posted by Dallas at 1:34 PM

All Very nice. Love the shading on the Tornado,

These all look fantastic!

Great work on these guys Dallas, they look excellent.
And I'm sure everything will work out fine for that Tornado when it makes its first deployment on the table...