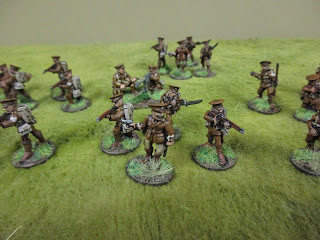 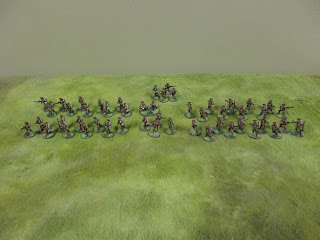 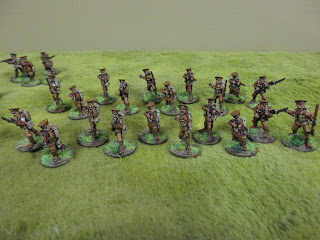 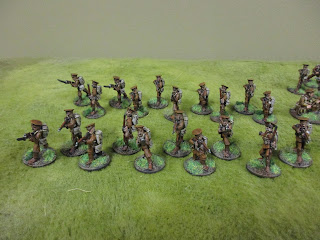 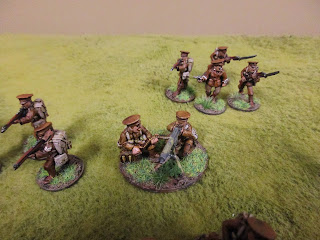 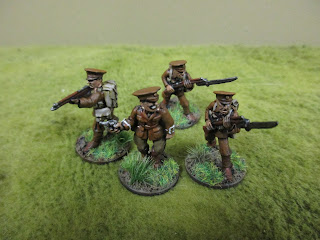 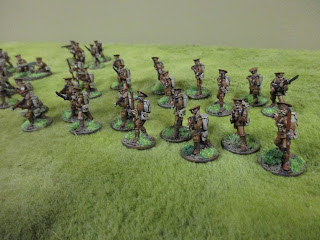 I love the old Foundry Great War range. Sadly they're significantly smaller in stature than modern figures (the old Victoriana catalogue listed them as "26mm"!) so they don't mix well. There are a few poses left that might be available to supplement this lot - I'd like to get a pack of artillery crew and maybe some more command figures. Frontrunners for the latter are currently Mutton Chop as they're amazing Paul Hicks sculpts and seem to be the slightest built of the current field, but I'd love to hear from anyone who's compared them directly to Foundry models.
Posted by Dallas at 2:10 PM

I was going to do Vandoos I did a test figure. I spent a lot of time ordering models and paint but but beyond a test figure or two never got anywhere. Now everything is in storage. I bought the Warhammer Historical rules but I think I liked "Through the Mud and the Blood" better.