I was able to buy on eBay a few more clear resin "Opticamo" Vanguard Samaritans (like the thermo-optic camouflage from Ghost in the Shell).

I just finished three more such Opticamo female Vanguard Samaritans, all armed with laser carbines. The clear resin was slightly easier to clean up than the original restic (PVC?) models. I used super glue for assembly. 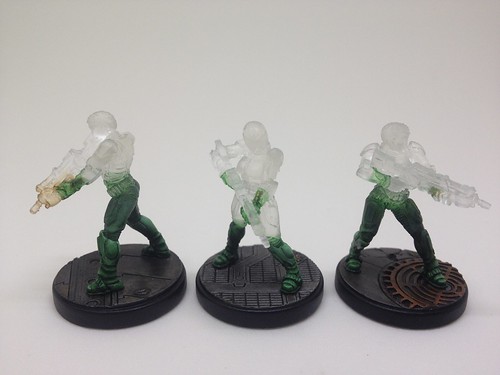 I airbrushed zenithal highlights on the lower portions of the figures, using Vallejo Black and White surface primers. I then laid in thin  glazes of GW Thrakka Green for their armour, and a little bit of Gryphon Sepia for one of the figures' carbines. Highlights were picked out with flat white. The bases were glazed with Badab Black and Vallejo Rust. The resulting effect simulates the cloaking process at different stages for each figure. 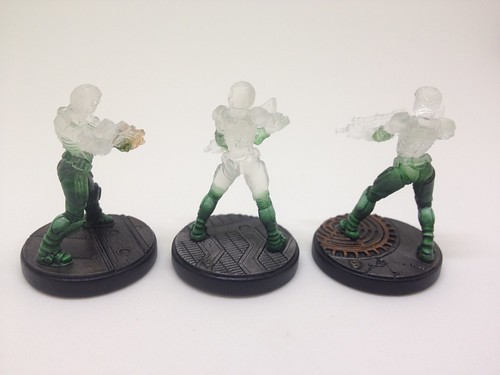 For comparison, here's what a solid resin figure looks like: 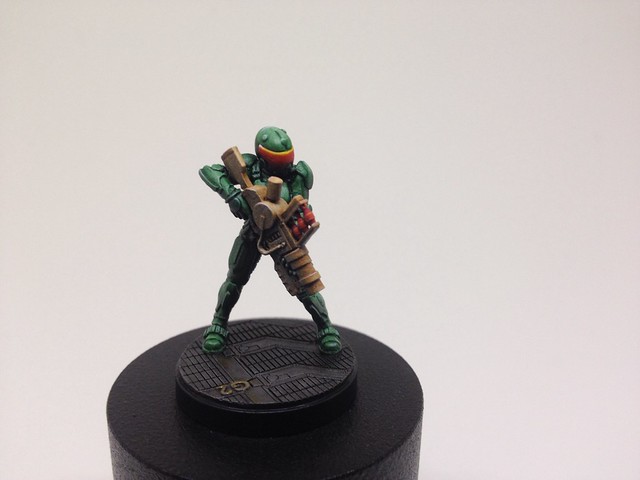 The basic rules don't use the thermoptic camouflage, so these new Opticamo figures can be used a regular troopers. With the addition of these three models, I now have enough Vanguard Samaritans, heroes, and drones to play all the basic scenarios in the main Sedition Wars rule book. 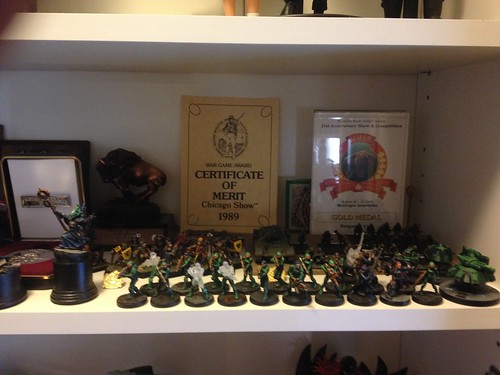 I have not been idle on the Strain side. I cleaned up and assembled 28 Strain models of various types. There are 21 Necroforms, basically human corpses animated by the dreaded nano-virus plague, There are 5 2nd-level Exoforms (evolved creatures, like in Resident Evil): 3 Stalkers (close combat types), and 2 Quasimodos (large creatures with an acidic shooting attack). Rounding them out are a pair of 3rd level Exoforms: a Scythe Witch (a kick-ass close combat expert), and a Brimstone (a big creature with a nasty gun in its chest). These are now ready for priming. 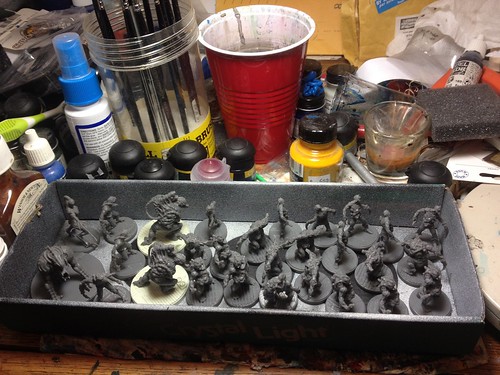 With colours such as "Brainmatter" and "Crusted Sore", I hope to give these an adequate aura of putrefaction and fear.

After this lot is done, I have in queue one each of 4th- and a 5th-level Exoforms, some strategic points from the Sedition Wars terrain set, and several corpse counters to represent both the detritus of previous battle and Samaritan casualties caused during the course of play.

The big cabinet in our library now has a real mix of figures and models: 1/6 scale dolls from history and fiction; various 15mm and 28mm figs that I have won awards for; some 1/7 and 1/8 scale action figures from anime, comics, and TV; and a bunch of pieces for other games like CheckYour 6!, Wings of Glory, De Bellis Antiquitatis, and Coaling Stations. 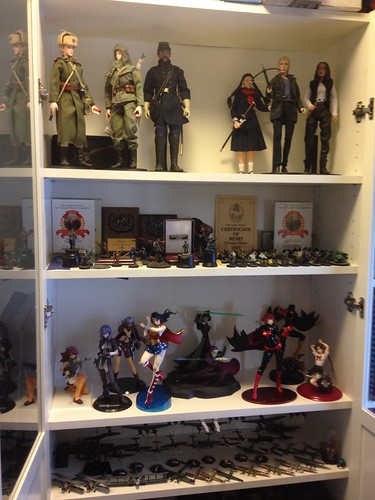 Nice work Dave! Looking forward to playing one of these days!