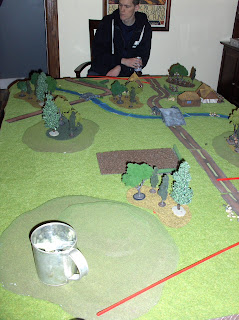 Several weeks ago we rolled out a game of Bolt Action featuring early war Germans vs. French. We played on a 6x4 table. The scenario was "Point Defence" - three objectives are nominated and the attacker's victory level is determined by how many objectives are held at the end of the game. The Germans are attacking (from left to right in the photo above) and the French defending. Two objectives are visible above - a house to the left of the road at top, and the bridge over the river on the main road. The third objective is just out of shot at bottom - a crossroads. 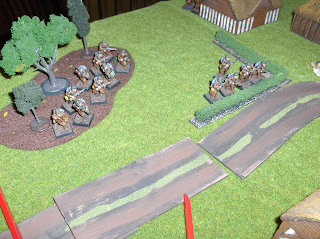 French infantry dig in behind hedges and in woods. 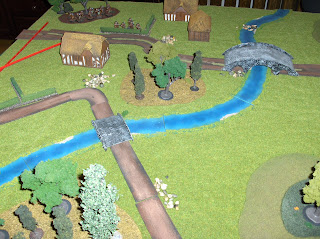 Close-up of the German left. Objective house is the half timbered one just past the bend in the dirt track. 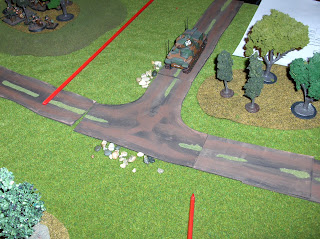 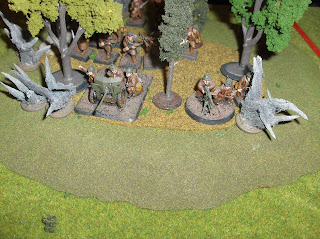 As the game begins the French are subject to a preliminary bombardment that staggers the defenders. 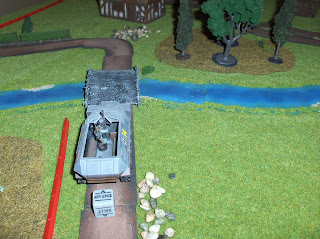 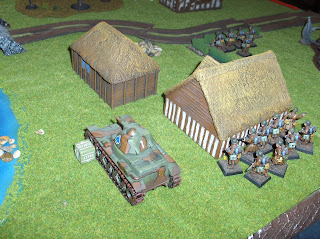 French are ready to respond! 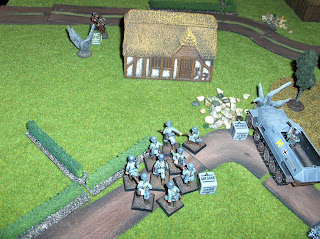 Germans are advancing to take the house... 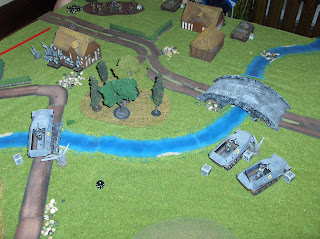 ...while the rest of the platoon moves on the bridge. 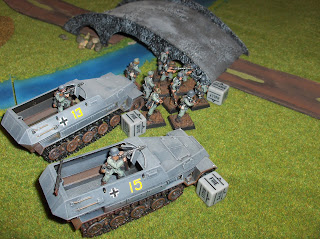 Infantry dismounts at the objective. 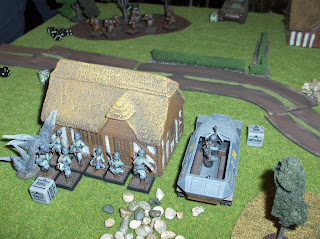 germans have taken the house but a hot firefight ensues with the French defenders. 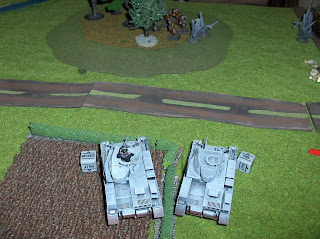 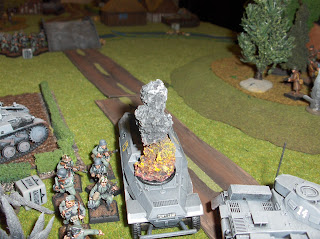 Hot action at the crossroads as a halftrack is brewed up! 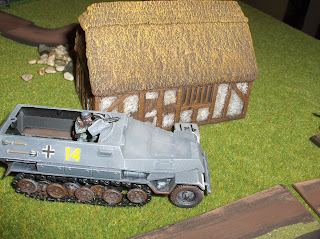 Meanwhile another moves to block the house and its German inhabitants from small arms fire. 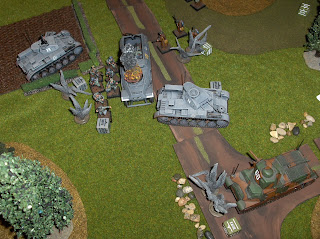 Melee at the crossroads as forces converge. 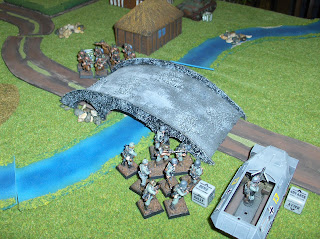 French infantry emerges from cover to try and knock the Germans off the objective. 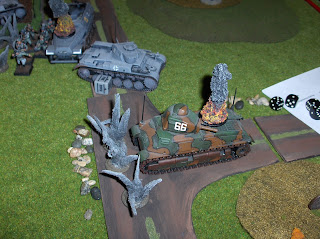 Meanwhile, at the crossroads, the French tank is knocked out by fire. 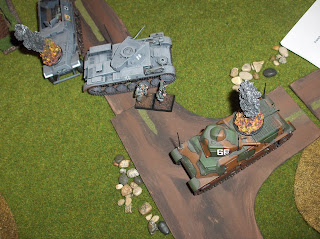 The German commander and his 2IC pick their way forward. 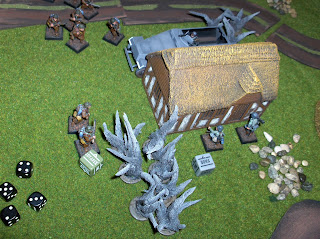 The French whittle down the German defenders of the house... 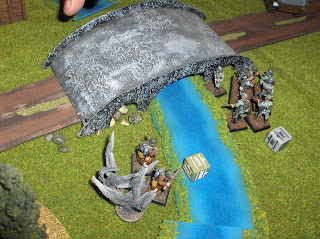 ...and at the bridge, the Germans hang on under fire.

The game ended with the Germans in possession of all objectives. This scenario rewards a swift advance amnd momentum, since as Frederick pointed out, "all objectives are held by the defender at the start of the game regardless of where his troops are positioned. If an objective changes hands during the game then it remains under the control of that side until it is taken back." That is to say, no "contesting". A different way to play the scenario than we're used to, but also fun.
Posted by Dallas at 2:43 PM

Nice batrep, the table and mini's look great to.