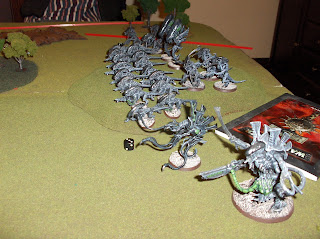 Two weeks ago Conscript Indo brought over his stunningly painted Nurgle army for a game of 40K.  I threw down with Hive Fleet Nostromo, the threat level was 1500 points.  A bit small for my liking as I prefer to bring out lots of gribblies and the Nids are quite spendy.  Still fun though, I had painted some new models and (surprise) they were about the only ones that did anything...﻿ 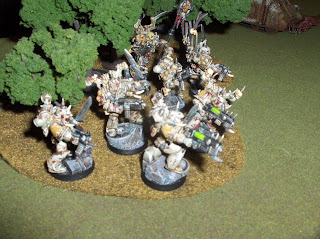 Here's some of Indo's Chaos Space Marines.  The paint work and custom bases are just gorgeous. ﻿ 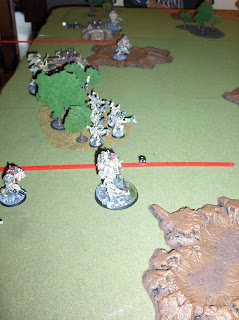 Chaos Dread and the Obliterators... those guys are nasty. 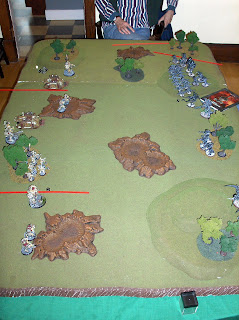 Initial dispositions.  The game was a straight-up kill point match. 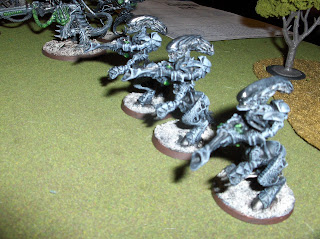 Nostromo's MVPs... Hive Guard.  As you can see they are the old 1st generation Tyranid Warriors with Chapterhouse heads.  they did great, killing Indo's Daemon Prince in a single round of shooting.  Unfortuinately I think that represented Nostromo's only kill point scored... 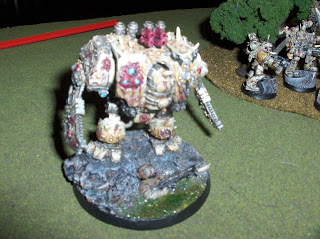 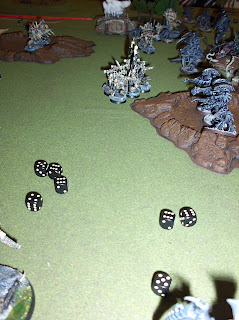 One of Indo's typical rolls on the night :-)   Long story short, the Hive Fleet got owned big time.  Good to have them out again but 1500 points isn't their strong suit.  Stuff is just too expensive, it seems.  Anyway all good fun and great to see Indo's army on the table!
Posted by Dallas at 3:42 PM