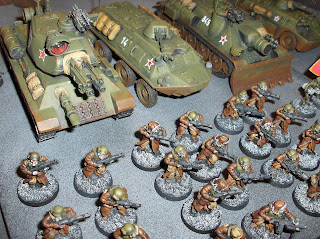 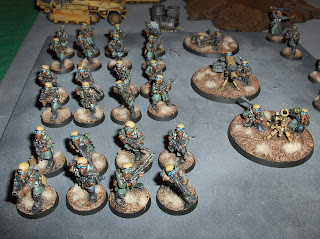 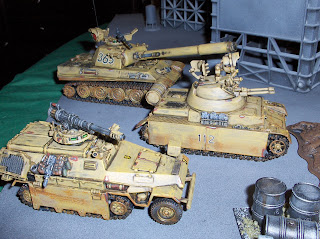 Last night, the irrestible force of GünSchwarm met the immovable object of FuturKom.

And there was carnage!!

Greg B. and I had the chance to roll out the new toys last night in our first sci-fi skirmish game using our house rules. And it was a blast!

We set up a simple scenario pitting the neo-fascists of GünSchwarm (aka future-retro WW2 Germans) against the neo-Red Army of FuturKom (aka future-retro WW2 Russians). Followers of the blog have seen the insane arms race building with both Greg and I assembling scores of infantry and a veritable motor pool of converted sci-fi vehicles. 1/43 and 1/48 diecast and plastic models (even an aircraft) have been hacked up and stuck back together in a frenzy of coversion activity, and last night we put it all out on the table. Great turnout from the lads, also - Cam and Frederick joined Greg B. with the Güns, and Bill and Mike F. rolled with me and the Kom. Brian, Dave V. and Kevin came along later to take parts while Mike B. played future-Sweden and stayed neutral...

The game was simple - three objective markers were placed in the ruins of New New Berlin. Since the Güns were slightly "out-pointed" by the Kom (owing mostly to my zealotry in producing converted vehicles) the Güns were allowed to place a squad and a heavy weapon on the table, in a bunker with an objective marker. The Kom forces entered on one short edge, and the Gün reserve on the opposite one. Fortunately for the Güns, Cam hot-rolled the reserve rolls and the entire Gün force was on in turn two. This was just as well because the Kom SU-300 showed up from reserve on the next turn. So the battle was well and truly joined!

Without boring you with details, suffice to say the action was furious and the results too close to call. Highlights... SU-300 blowing up a Gün-squad with its howitzer only to have Frederick roll no less than FOUR sixes to save... T-340 brewing up the Space Panther... GünFlak driving off the FuturKom flyer on repeated sorties, until its Flak guns were blown off by a FuturKom Lebedev projector... sniper duel... victorious charge of the FuturKom command group into the objective bunker... good times!

The game ended after ten turns. The GünSchwarm held one objective with three men, FuturKom held another with two men, and one objective was held by no-one at all! Check out the pics. 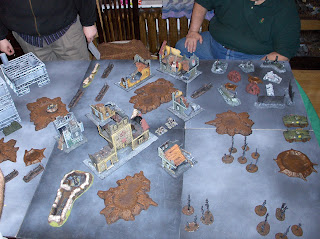 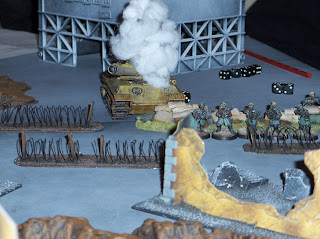 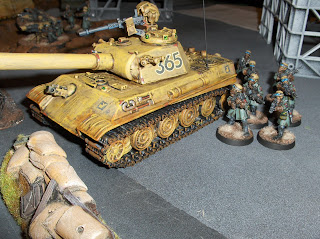 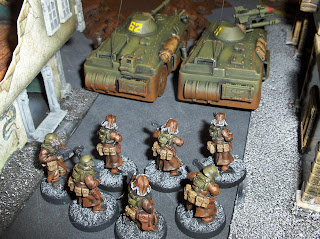 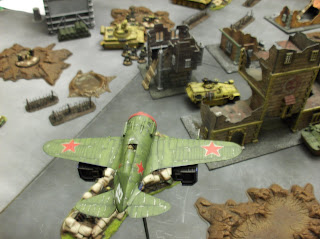 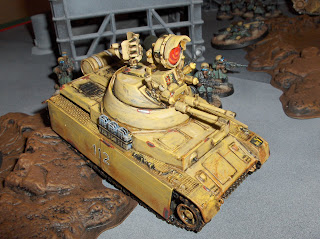 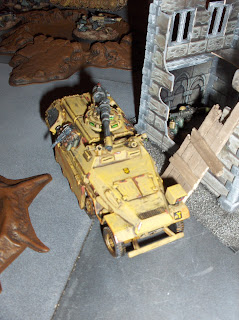 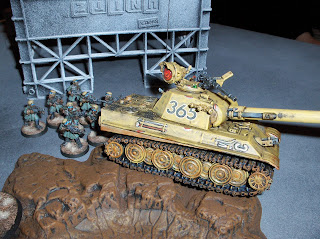 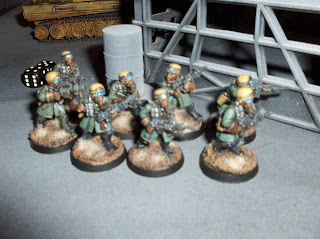 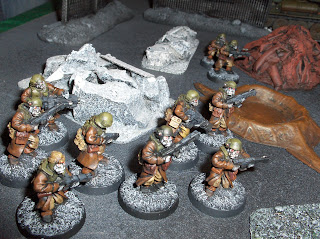 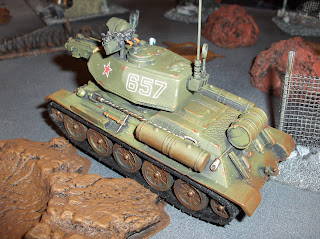 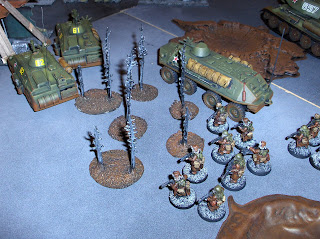 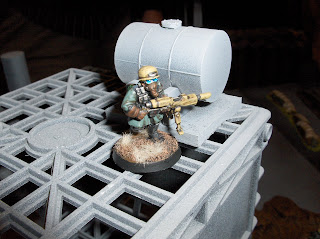 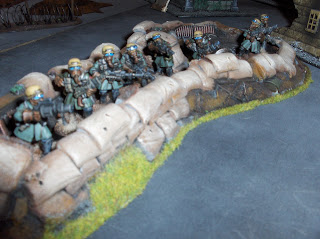 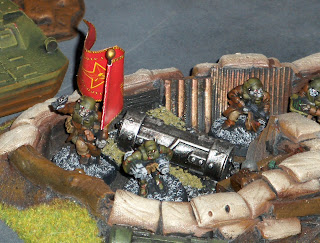 I'm disappointed I couldn't stay for the whole shebang, but what I was there for was fantastic! The models and conversions were stellar - very flavourful and very cool. 'grats on the game.