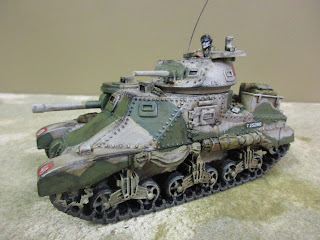 Well, the M3 Grant from Blitzkrieg Miniatures arrived and now here it is, painted. What a great looking tank, so characterful and evocative of the Western Desert, isn't it? 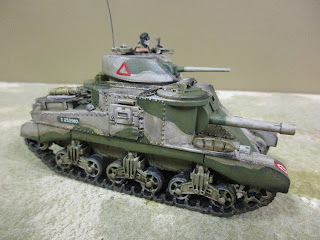 This example is in 1/48 scale and like all of the Blitzkrieg models in my collection, it was composed of very few parts, and assembly was easy. I did, however, split the hatch into its component halves so I could assemble the model with a crewman. He's attached with a small rare-earth magnet so he can be removed. 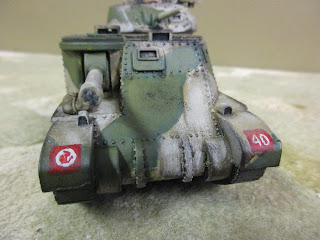 Painting was quite straightforward - the model was basecoated with AK Light Earth and after much dithering, I decided on a camo scheme... this was painted in with Vallejo German Uniform and lightened up considerably with GW Death World Forest. There's no decals of course so I painted in the fender insignia for the Royal Scots Greys of 22 Armoured Brigade, 7th Armoured Division (the famed "Desert Rats"). The jerboa looks faintly recognizable I think. The tac sign and fender shields are GW Mephiston Red with Evil Suns Scarlet highlight. 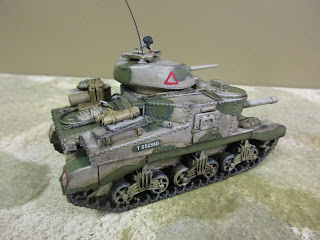 I did cheat a bit by using decals from the decal folder for the tank's serial number on the hull. 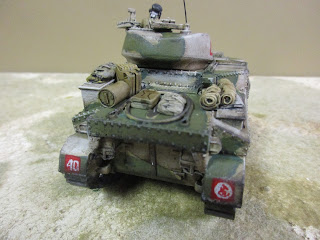 Jerboa and "40" marking on rear fenders too. The model's camo and markings are based on Glen Porter's excellent build of a Mirage 1/72 M3 Grant. 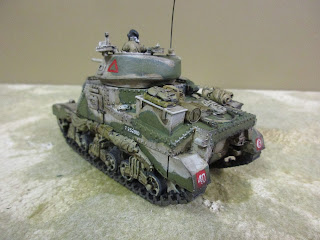 As this is an 8th Army vehicle I felt compelled to add copious stowage, including some handy tarpaulins fastened to the sand shields. These are seen on lots of desert vehicles as the crew used to stake them out for shade. There's also a few odd bits of other stowage added here and there - jerry cans, tarps, packs, that sort of thing. The stowage is mostly from Value Gear but some of it is from Tamiya's 1/48 kit. 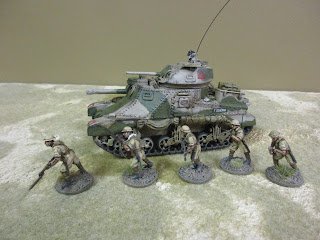 I think the model looks pretty good accompanied by some Perry infantry. 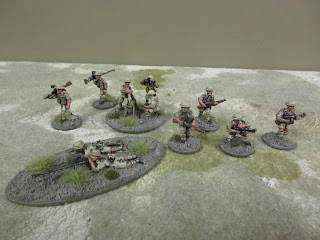 And speaking of infantry... here's some more, but metal this time. These are some ancient Battle Honors "25mm" models I've had for ages - they came to me probably 15 or more years ago in the same trade as the Afrika Korps desert armour. I just tuned up the paint a bit and based them to match my Perry stuff. 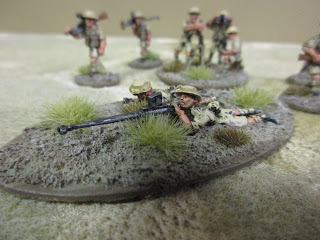 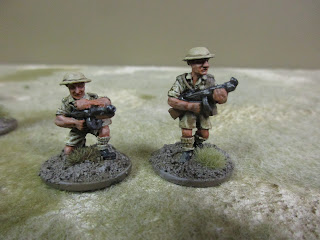 A couple of section leaders with Thompson SMGs fitted with drum mags. 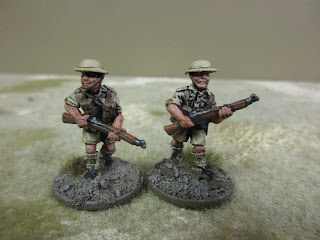 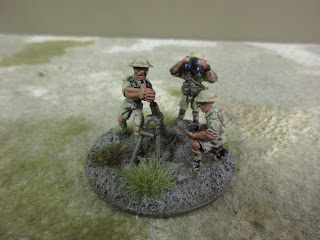 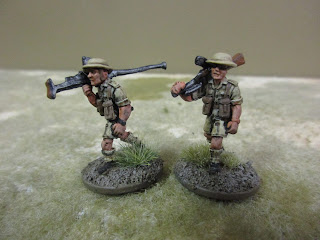 Boys AT rifleman and Bren gunner on the move. 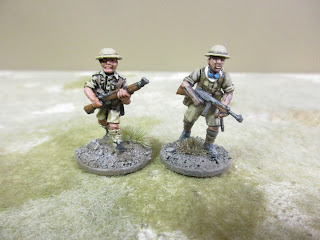 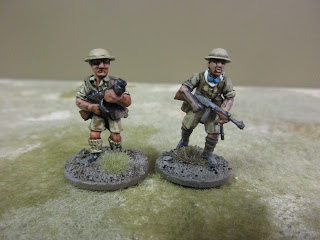 Size comparison with Perry Miniatures 8th Army dude - not bad. I quite liked the old Battle Honors WW2 ranges (pretty much my entire Waffen-SS force is from BH) as they were quite characterful. Unfortunately the range was acquired by Gaddis Gaming and the prices were cranked through the roof (now $30USD for 10 models)... presumably the profits are NOT being used to maintain the Gaddis website, which really is awful. Too bad as the BH models were cool and I'd buy some more (maybe command models?) but probably not at $3USD apiece.
In any event, tally ho!
Posted by Dallas at 5:09 PM

Very nice, the metal figures are much better than the plastics.

Fantastic work Dallas - that tank is another piece of equipment that instantly "makes" the setting, really well done man.