So after having painted two units of Rebel Veterans for my Hoth Rebel Alliance crew, I wanted to introduce some variety with some other models. The great thing about the Rebels is that they're somewhat rag-tag, so some differences in uniform and kit are certainly OK. I've tried to minimize any jarring effects by painting these models in a "Hoth palette" (lots of Corax White, Rakarth Flesh, Zandri Dust, Steel Legion Drab, and XV-88) - the reader can be the judge of how well this worked. 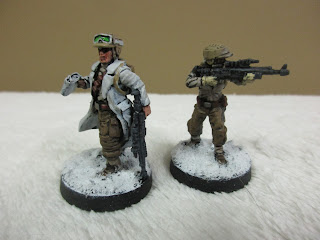 Here's the squad leader with a Rebel rifleman. 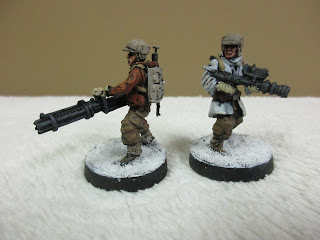 Gatling blaster trooper and a dude with a grenade launcher (?) of some kind. 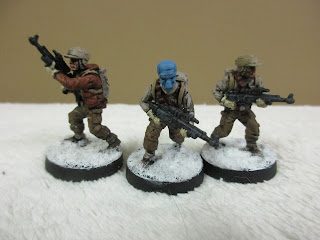 Some diversity introduced into the bunch with a Duros trooper. 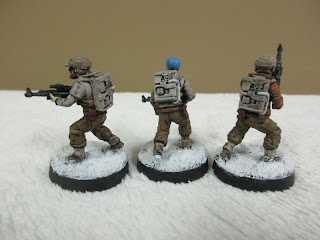 Backpacks are similar to those included with the Rebel Veterans, that's good.The other unit I just finished was the Rebel Pathfinders, a very thoughtful birthday present from Conscript Dave (thanks Dave!) I enjoyed painting these guys as well, but there are a couple things to note on this box - most notably that there are only six figures in the unit, rather than the standard seven. You do get a variety of weapons here too - a long sniper rifle as well as a heavy blaster (wielded by the alien Bistan, at right) and another strange blaster in the hands of the alien Pao, at far left. These two guys are from Rogue One, of course. 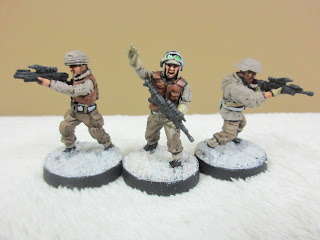 These are my favourite models from the set - especially the leader, who looks very Hoth-like with his winter hat and goggles. 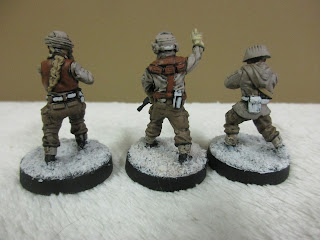 The leader also sports an interesting set of body armour which I painted in Mournfang and Skrag Brown. The crouching sniper also is so equipped. 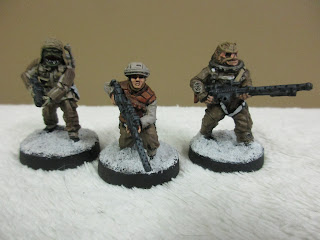 Here's the sniper with Pao and Bistan. I like Bistan and his heavy blaster - he's dressed in some sort of spacesuit which I could have researched, I guess, if I weren't so lazy. Anyway it got painted in Steel Legion Drab mostly. Not a huge fan of Pao as the pose is a bit meh, but another heavy weapon of some kind I suppose. 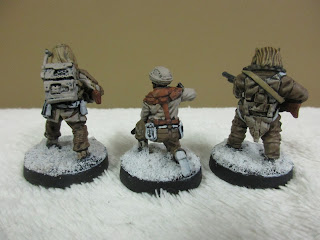 Well there you go - I reckon the Rebels are all set now with 30-some models ready to fight it out on Hoth. Just waiting for one last squad of snowtroopers from a 3D printing operation (and a special surprise addition) to finish off Blizzard Force, then we'll be ready for a game!

They look really good...and I agree, very ragtag and a great variety to the force.

They look great Dallas! If you wanted to add another Trooper, check out the Unit Expansion pack - it’s got “Hammerhead!”

Great work with these additions. I do like how you have incorporated the Rogue One era Parhfinders into your Hoth style force.

These are fantastic Dallas. Great job.