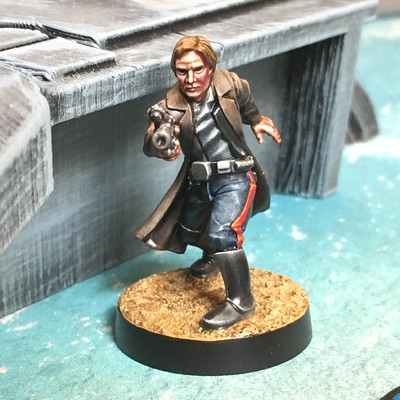 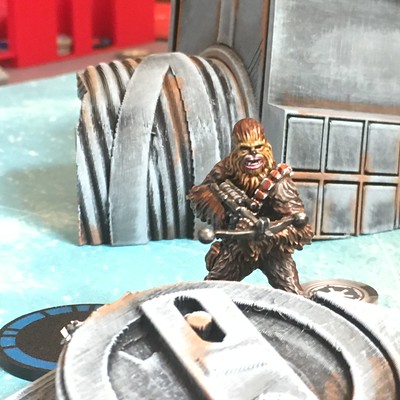 Game 4 of my ongoing Star Wars Legion campaign play test. This time I ran the Imperials, and used Crabbok’s solo AI card deck to run the Rebels. An Imperial Officer led some Stormtroopers and Scout bikers, accompanied by the notorious bounty hunter Boba Fett. Han Solo and Chewbacca led several Rebel squads and a light walker. The Rebels outnumbered the Imps by 20% in points, to make up for their card-driven tactics. 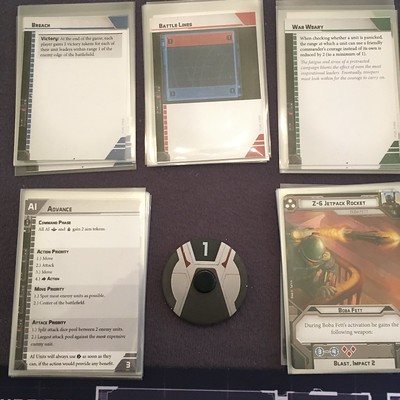 Each side set up within 6” of their respective table edges. The goal for each side was to get their unit leaders into the enemy deployment zones. As an added bonus, Boba Fett was trying to obtain a bounty on Chewie, garnering an extra VP if he defeated the Wookiee.

The table was a Scarif-like beach setting. I counted the 13 squares that were covered in water as bad going. This would not hinder the bikes (which hovered), Chewie (he is immune to such effects), and Han (who was equipped with suitable environmental gear). 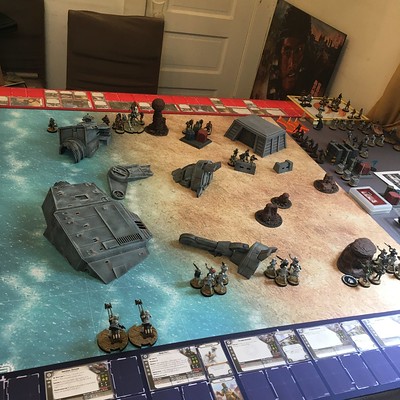 The game quickly devolved into a series of close-range firefights, as both sides tried to get past each other. The turning point was mid-game, when the biggest Stormtrooper squad split its fire and in one turn managed to gun down the remnants of 2 Rebel units. Their Stormtrooper armour even allowed a couple of them to survive! 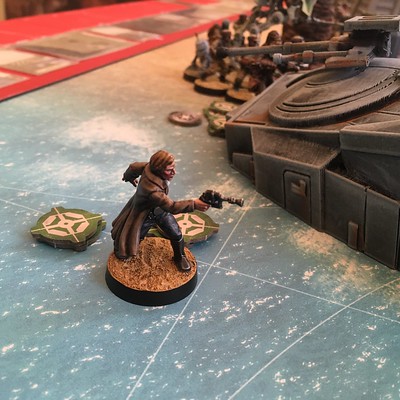 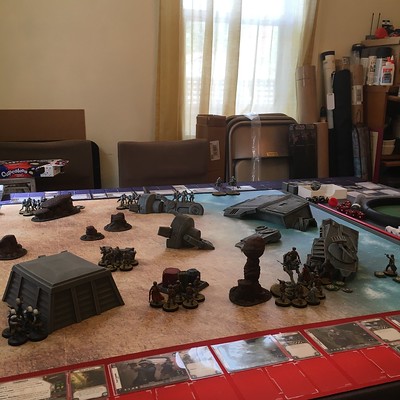 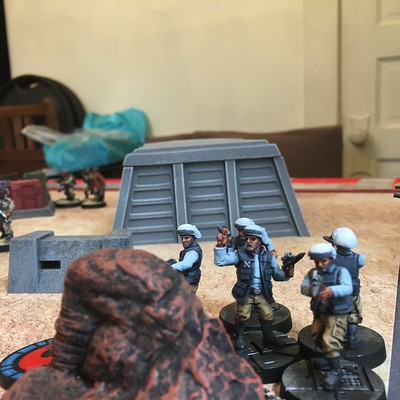 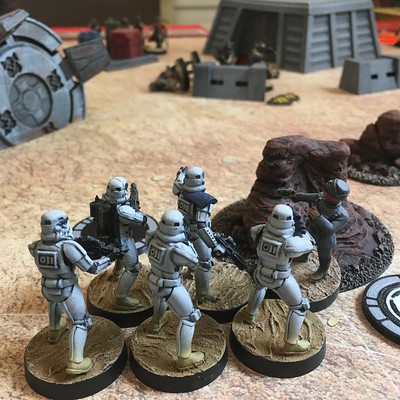 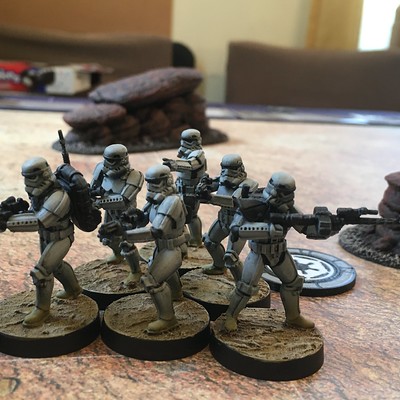 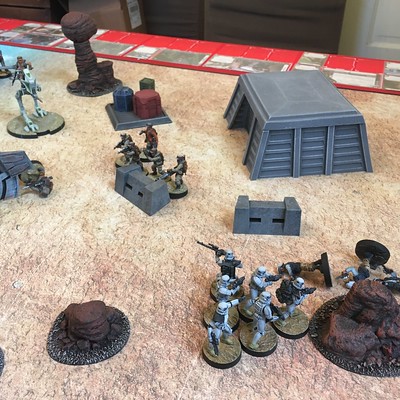 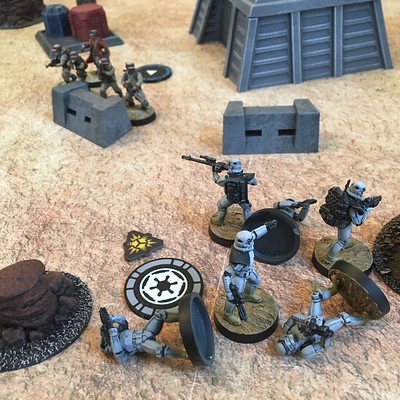 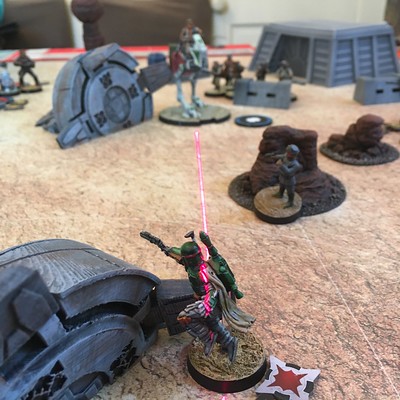 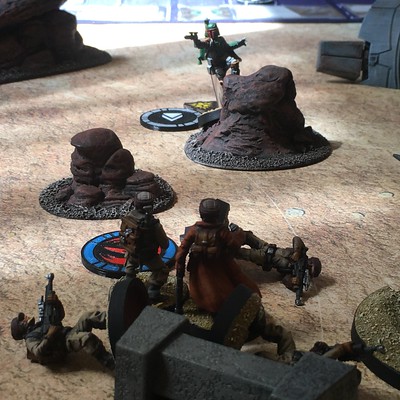 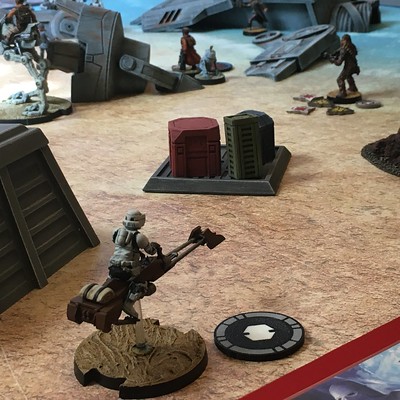 I kept a Stormtrooper squad within its own setup zone, to draw Rebel fire. This worked, but they ended up fleeing off the table. 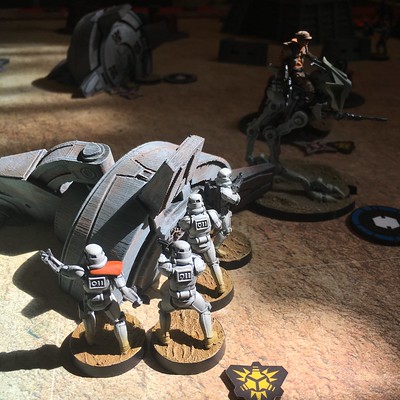 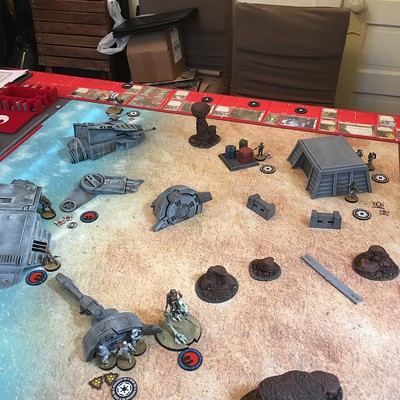 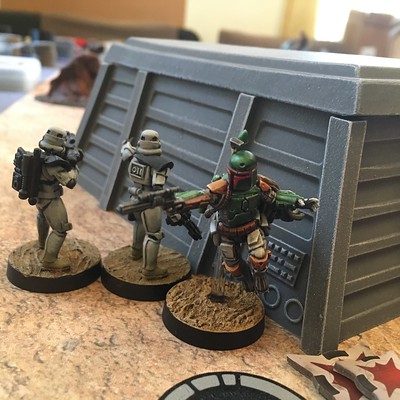 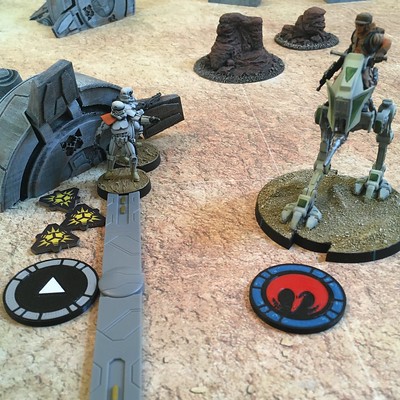 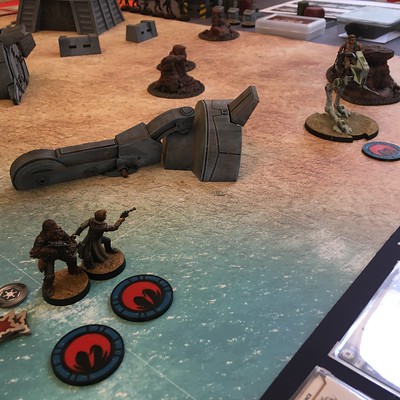 By the game’s end , no surviving Imperial unit had more than a couple of members/wounds left, but they managed to get one more unit leader into an enemy deployment zone than the Rebels, squeaking out the win. Boba Fett was denied a bounty, as Chewbacca survived all the shots fired his way.

Losing all their forces but the walker, Han and Chewie will be hard pressed to accomplish any further sabotage against Imperial facilities...
Posted by DaveV at 9:42 PM

Great campaign! It’s always good to see other solo campaigns out there.

Great stuff Dave.
Han and Chewie will figure something out...