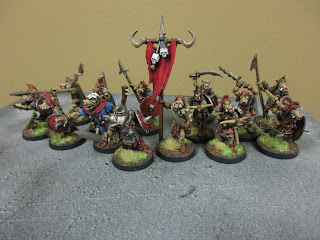 Back in 2009, I picked up a blister pack of the superb Otherworld Pig-Faced Orcs sculpted by Kev Adams. I enjoyed them so much that I subsequently bought a bunch more when they went on sale from a US vendor. The recent Otherworld game I staged at PrairieCon gave me some impetus to finish off painting the group. 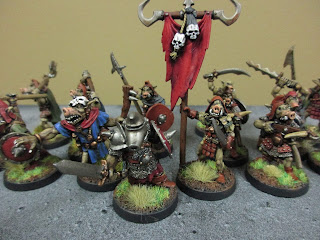 The two character models in the foreground are from Command Set #2. The Orc holding the banner has been converted extensively - he started out holding a halberd and shield. His right arm was cut off and replaced by a hand and banner from the GW Chaos Marauders sprue. In his left he holds a sword liberated from a plastic Skaven plague monk. 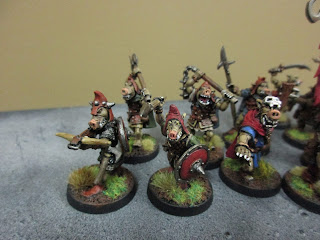 Crossbow-orcs come three to a pack and I bought one pack of those for some long-range firepower. 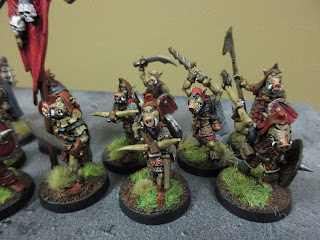 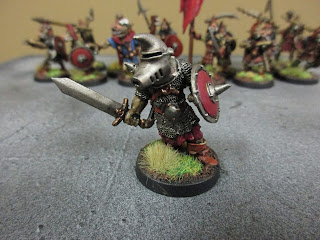 Their boss - "El Porco". I love the pig-faced helm and heavy armour on this chap. 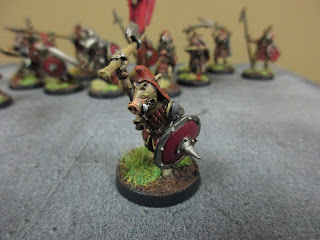 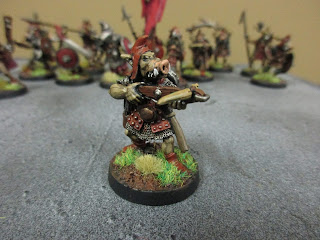 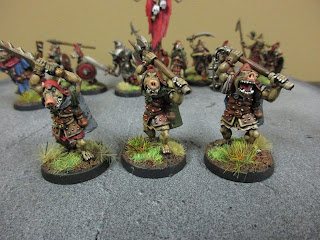 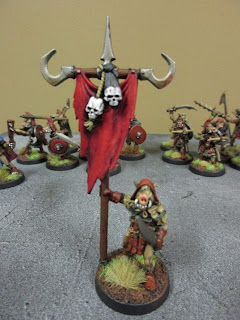 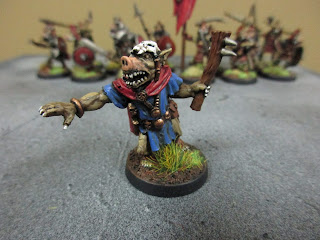 Shaman of the tribe. Another great model, and I'm cool with how the "characters" are actually noticeably physically larger than the grunt-orcs. Shows how they ended up being bosses I guess.

Anyway, that's the Pig-Faced Orcs. I really enjoyed painting them and I think they look great on the table. There's no school like the old school!
Posted by Dallas at 9:49 AM

These are fantastic Dallas - "El Porco" in particular is awesome, well done.

They look great! I keep meaning to pick some of these up at some point.

Thanks guys! You know what they say - "Go pig or go home!"

These are just awesome. Love the noses.