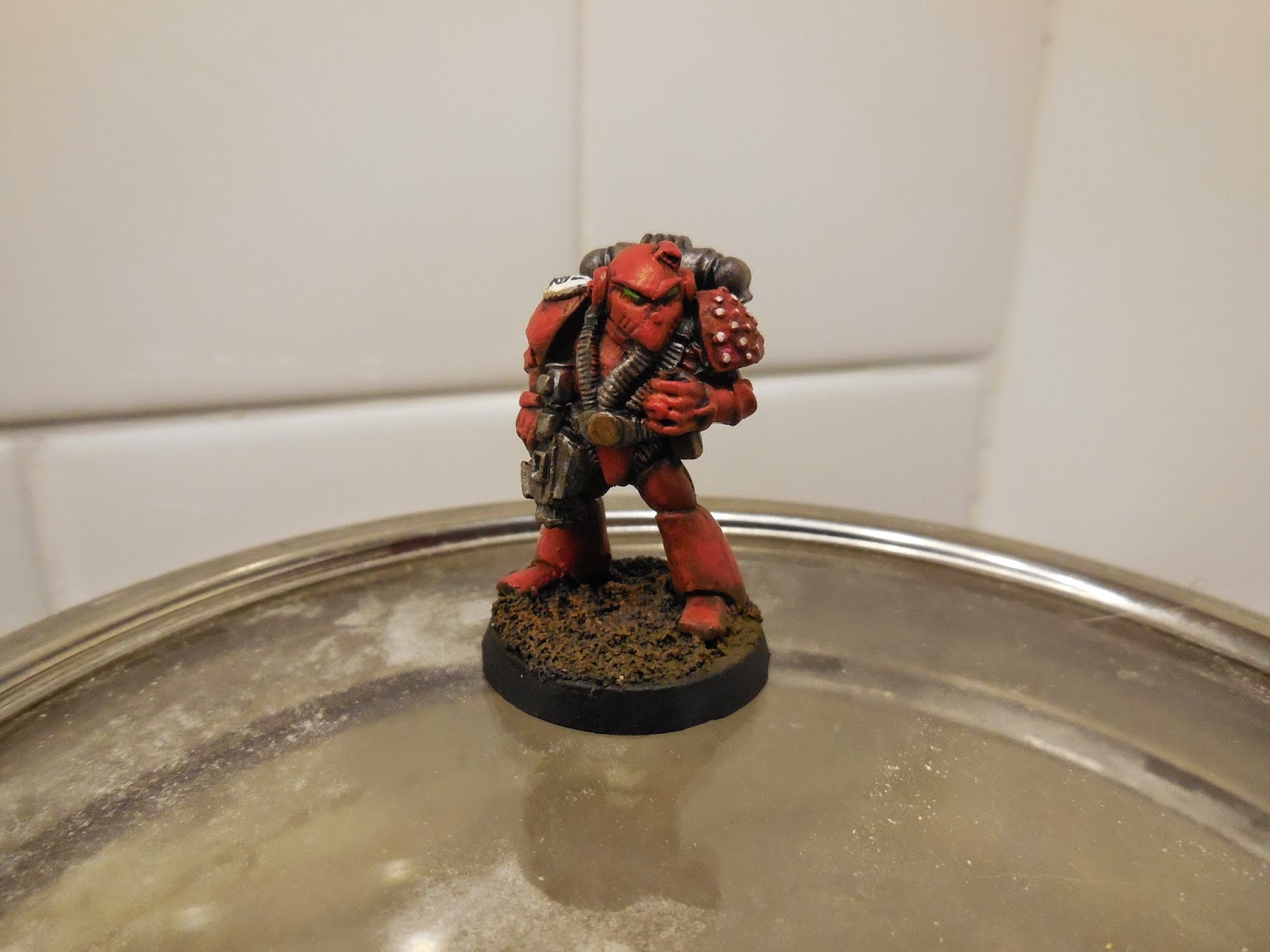 So, I've amassed a ton more old RT-era Space Marines, including a bunch in the "variant" armour marks (mainly MKII-MKIV) and since the Titan and superheavies are finished, it's time to start painting Marines for the big Horus Heresy mega-game.

But what Legion to do? The truth is, in the ~25 years I've been playing 40K, while I've always had one or more Space Marine armies, the only First Founding/"Legion" army I've ever had is beaky Space Wolves back in the early '90s. Since then it's been Black Templars, Deathwing and latterly, Howling Griffons.

My own view of "Legions" is that it's probably OK to play successor chapters in 30K, because with tens of thousands of Marines in a Legion, they've probably broken themselves down into smaller units anyway. These smaller units - whether you call them corps, regiments, tercios, maniples or whatever - presumably have their own identity, heraldry and history as part of the larger Legion. Hence, the 49th Imperial Fists Tercio (the "Black Templars") or the 66th Maniple of the Blood Angels (the "Blood Drinkers"). This would also give some continuity from Legion to Chapters of subsequent Foundings. "Okay, you guys in the 66th Maniple are now going to form your own Chapter..." "Great, turns out we already have a name and symbol picked out!" 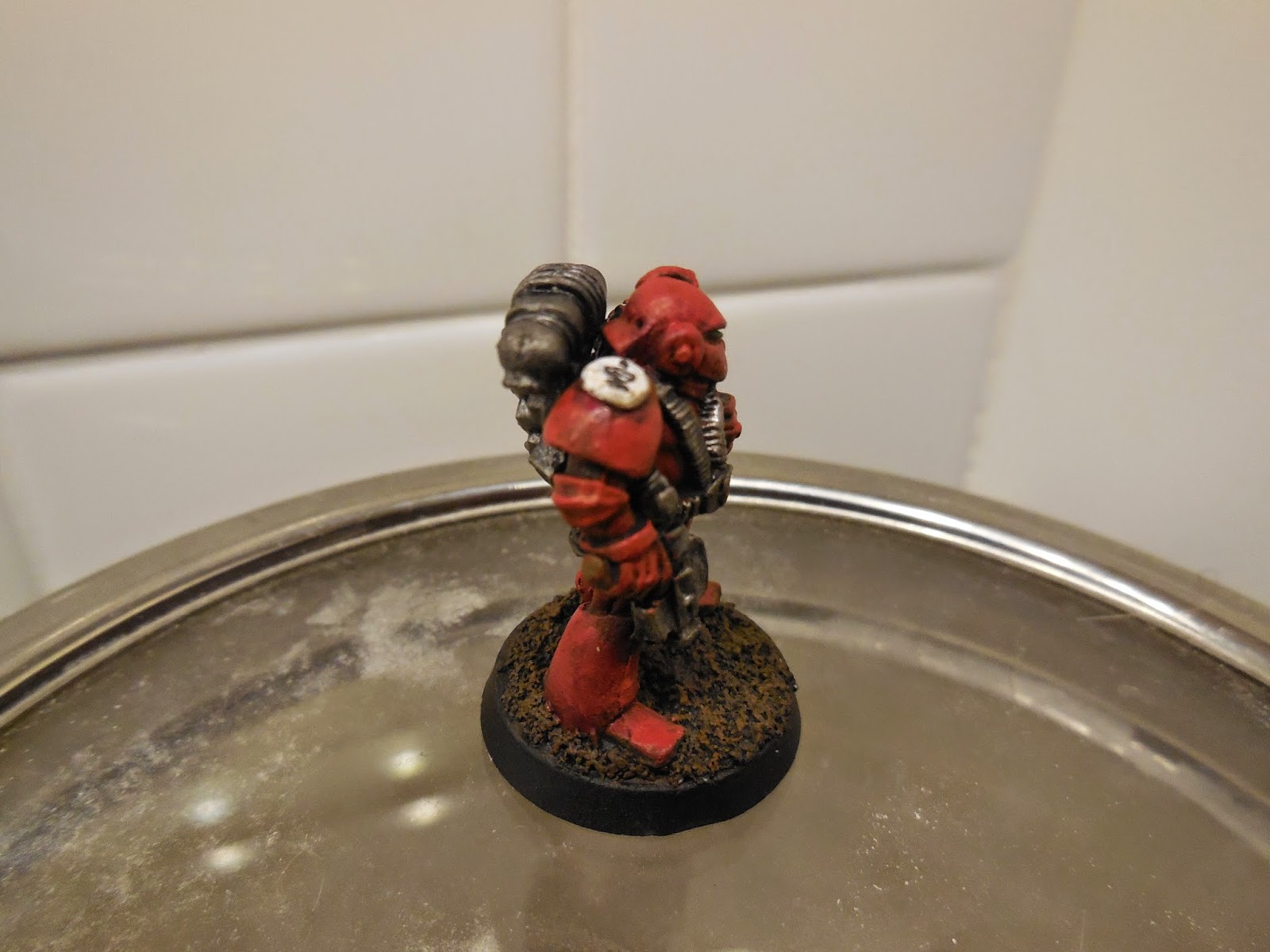 In any case, as I said, I wanted to paint some Marines for the big Heresy game. Some Chapter I've never done before. Since I always liked the Blood Drinkers since the days of the old Compendium (the picture below of the Blood Drinker Marines lounging around their Rhinos - so cool), I've settled on Blood Angels/Drinkers as the focus of my new army. 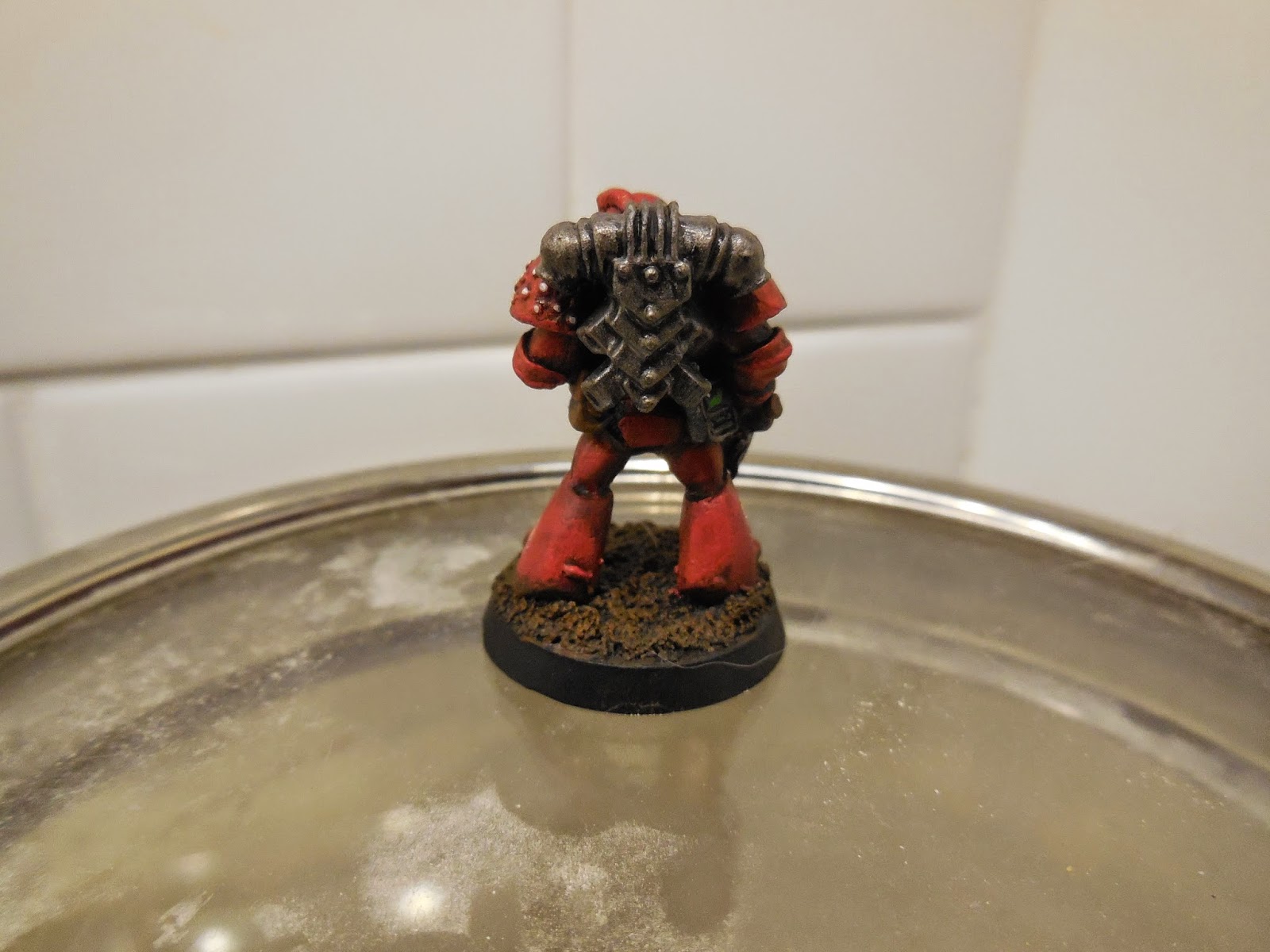 This guy painted up very quickly (as you can likely tell). Primed black, basecoat of Khorne Red, highlight Khorne Red mixed with Blood Red up to pure Blood Red, Red Ink wash (that turned the model very dark), Nuln Oil wash to pick out some shading, back up to Blood Red again. Hoses, weapon and backpack are Leadbelcher washed with Nuln Oil. For the next test I might skip the Red Ink and see how that goes. 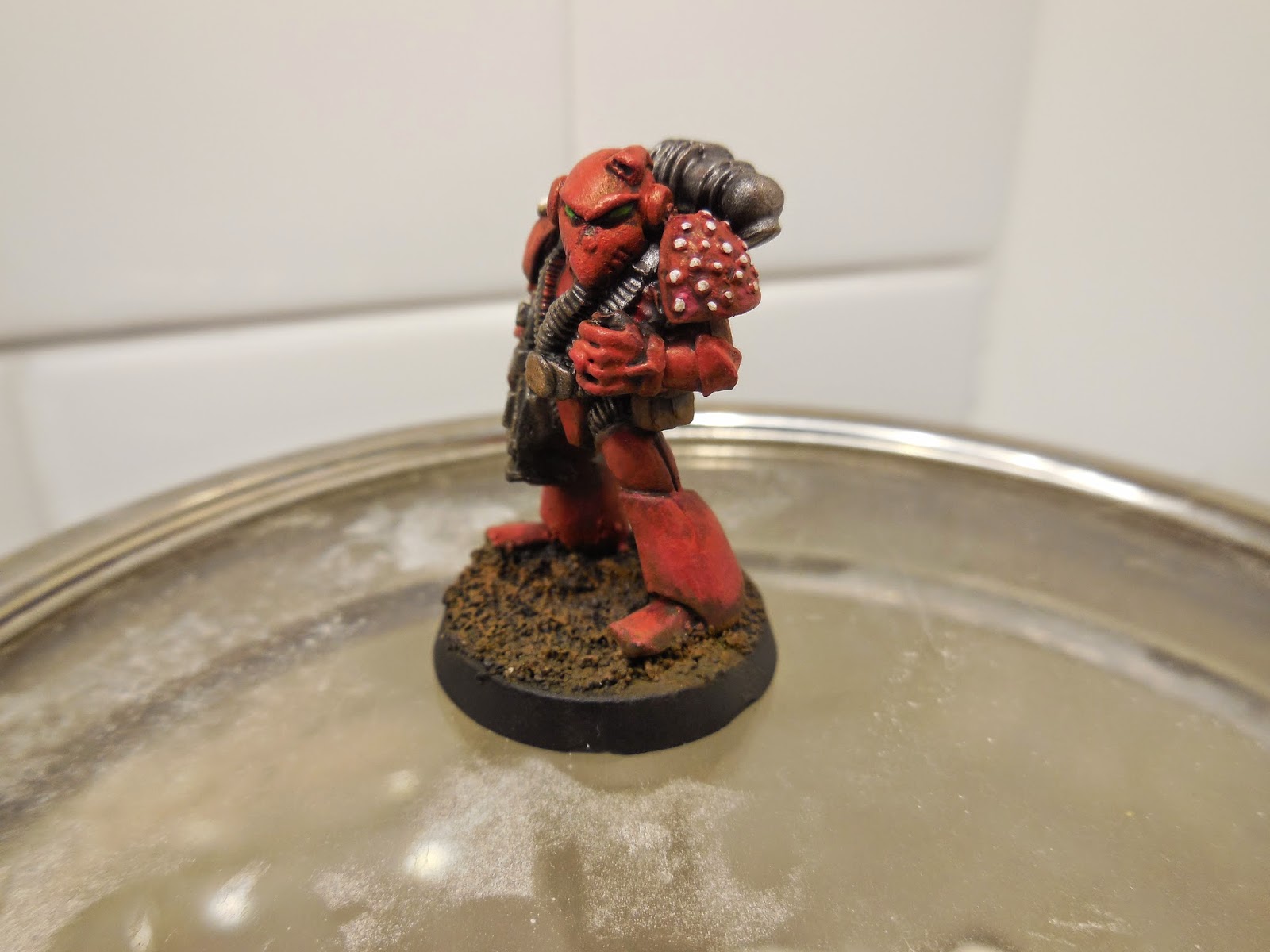 I really love the work the guys have done in weathering their Heresy Marines with sponge chipping, and I tried it a bit on this model, but ended up reversing it. Somehow it doesn't seem to fit the sculpting style of the old RT models. I used some powder instead and the effect is very subtle, but characterful I think.

So this is the first model of a new army - I have several dozen more metal models and probably 50+ RTB-01 plastic Marines, plus a couple Rhinos and even an old metal Landspeeder. What do you guys think?
Posted by Dallas at 11:16 AM

I like him, although I kinda like my marines in bright colours. Not very "realistic" but hey who am I kidding, this is Rogue Trader. You've done a great job on the shoulder chapter's sign. I could definitely see a force of these, and I like your justification on using later chapters.

I'm also slowly planning and amassing a small force of RT marines, and of course I've been agonizing over which chapter to paint, or even create my own. It's not an easy decision!

Thanks for the comment, Iannick! I actually made this guy a Blood Drinker because I screwed up painting the Blood Angels symbol :-)

I've got a decal sheet coming from Forgeworld that has both BA and BD decals though so I should be set ;-) Best of luck with your force, I've found that there's nothing better to motivate than just getting stuck in!

Go with BD! BA are overdone, just like the UM.

Some of my best painting come from a screw up!

Update coming soon, I've got 60 of these guys painted now. Spartan assault tank arrives this week and conversion parts for Rhinos and Land Raider are also on the way!