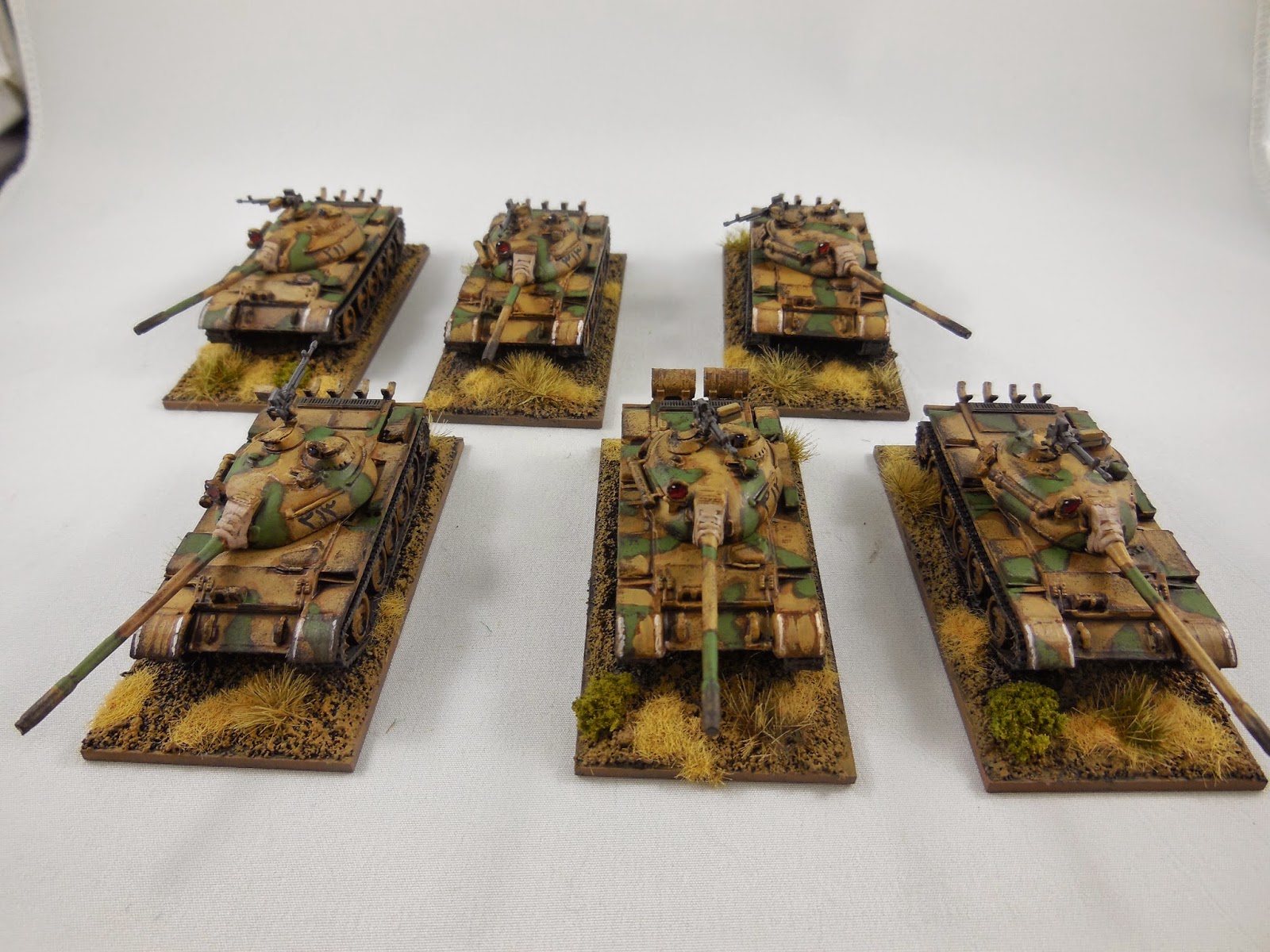 More Prairiecon preparation... just finished six more Khurasan T-55s given to me by Conscript Greg. I painted them the same as the previous three, so now we're fully stocked up with a whole company of flammable materiel... 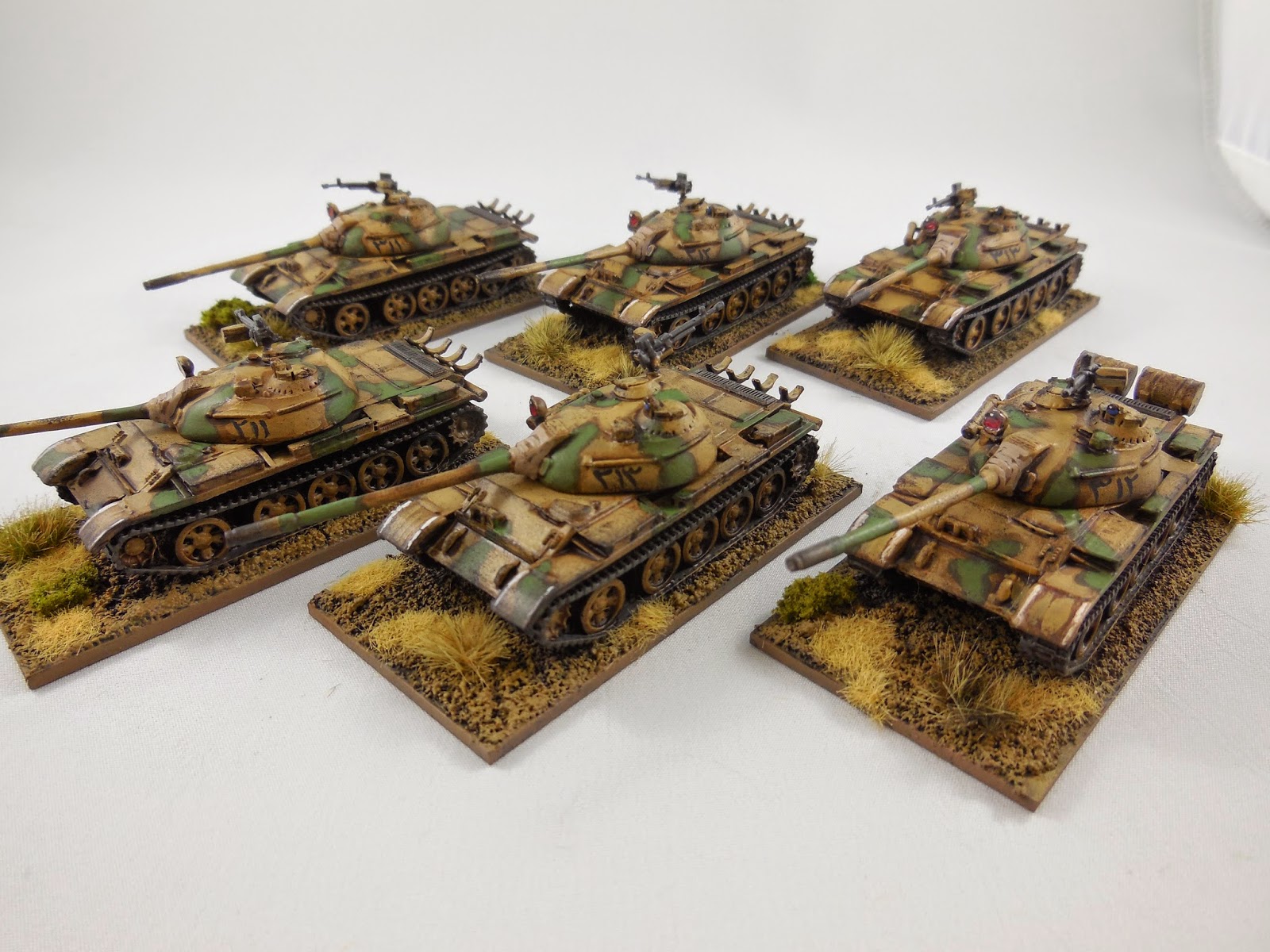 Should be good to go for the convention game at this point. I remembered yesterday there was one more thing to do - a bit of terrain for the "Chinese Farm". 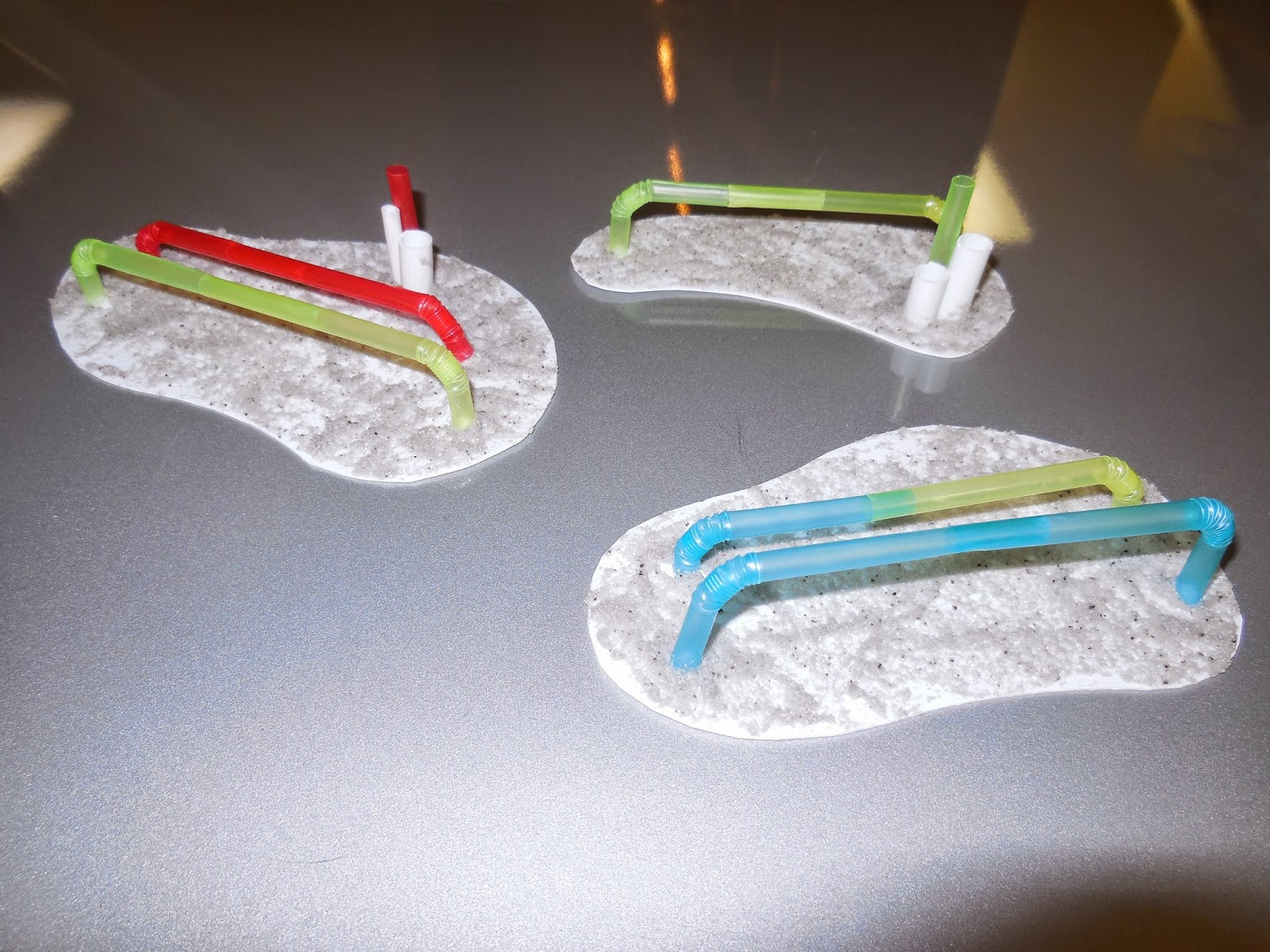 Greg's been researching this one a bit, but hasn't been able to come up with too much in the way of photo evidence of the battle. I decided to do some "pipes" terrain just to represent some of the irrigation equipment at the experimental farm. 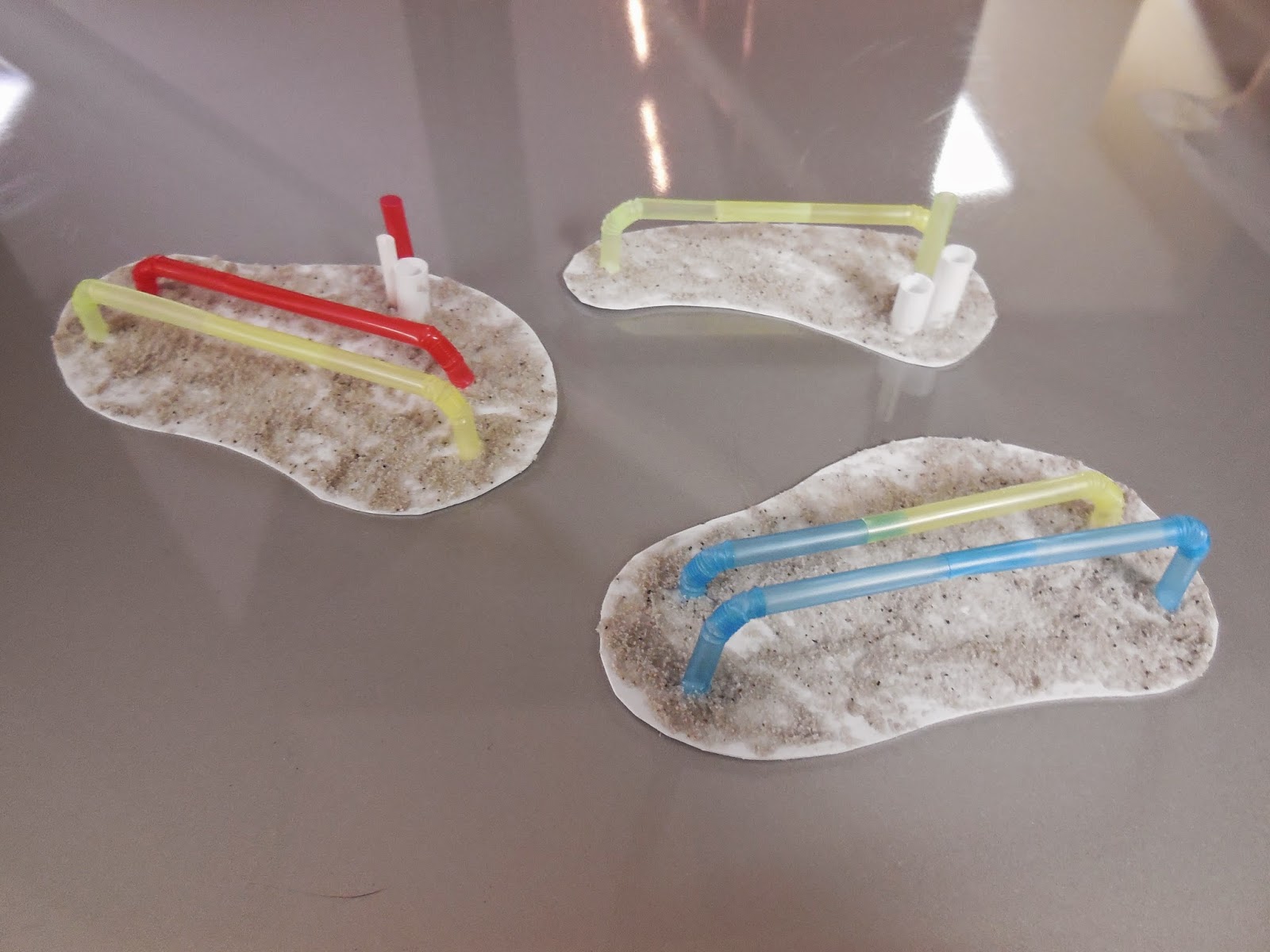 Materials: some scrap plasticard, a few cheap flexible drinking straws, and some plastic tubing. Doesn't look like much at this point does it? 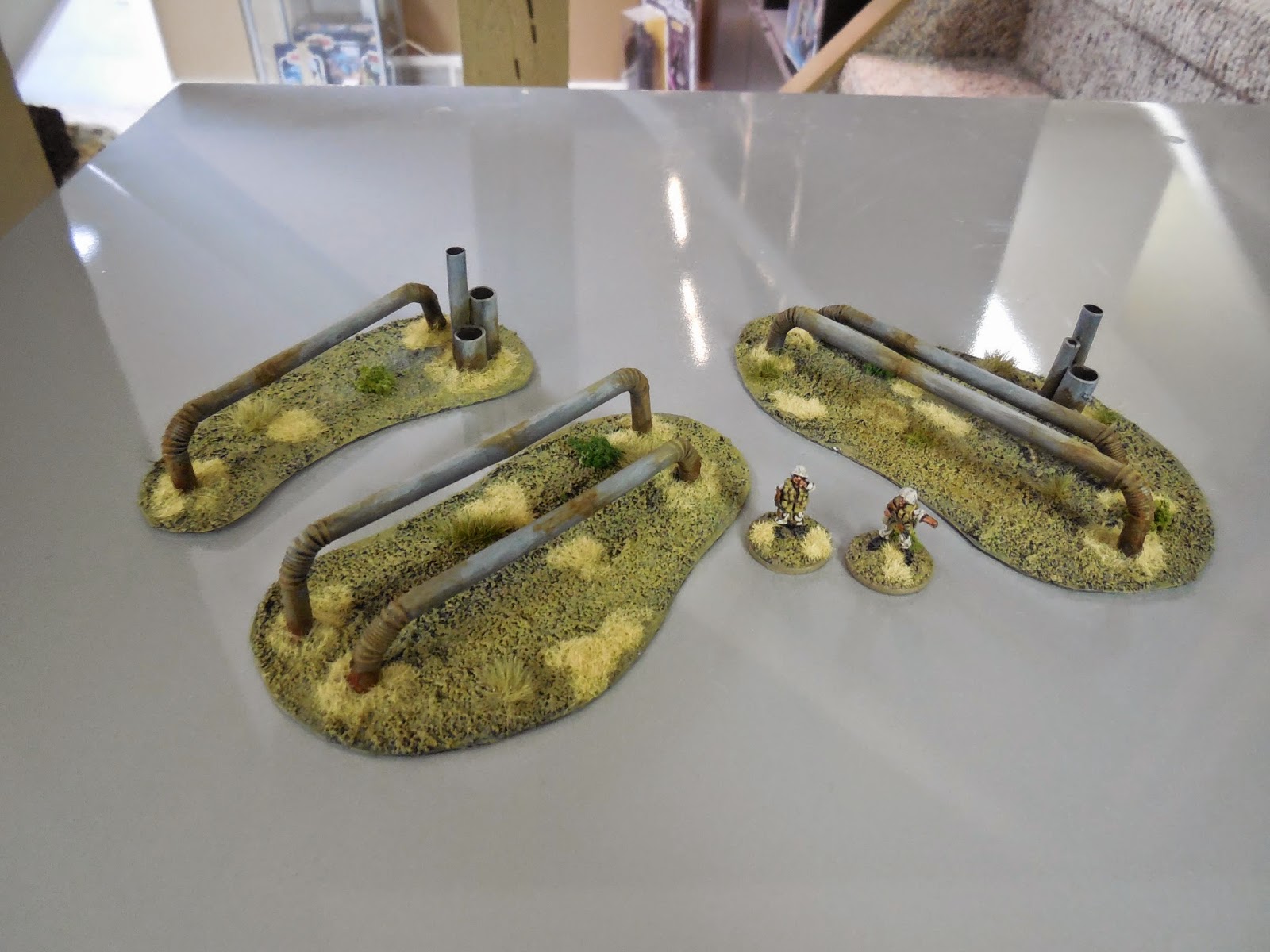 Amazing what a lick of paint can do! I painted the ground in the same style as the bases on my tanks and infantry. The piping is Mechanicus Standard Grey highlighted with Codex Grey and Fortress Grey, spiffed up with some Modelmates Rust Effects. 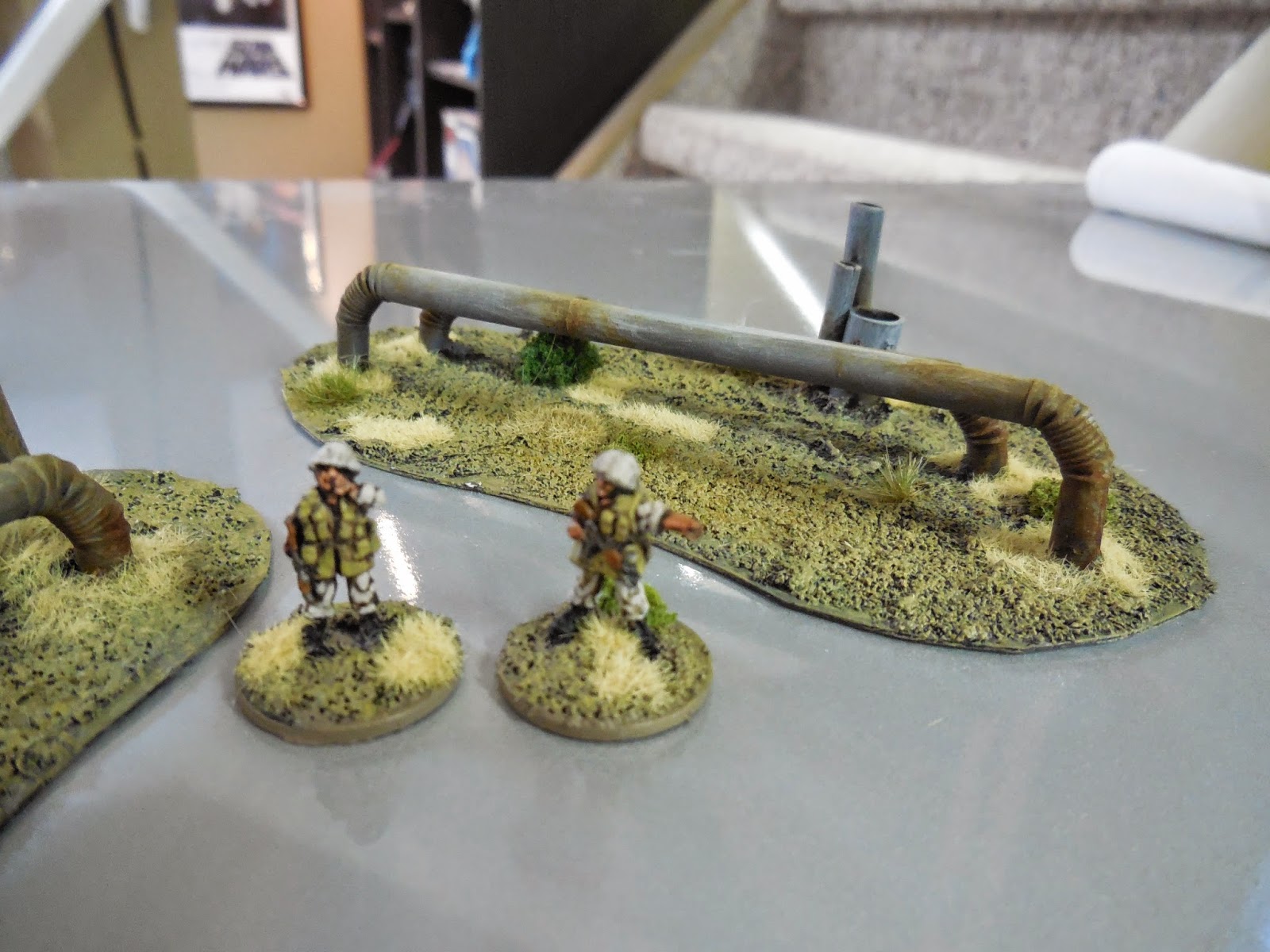 Should do for some ground cover at the Experimental Farm. 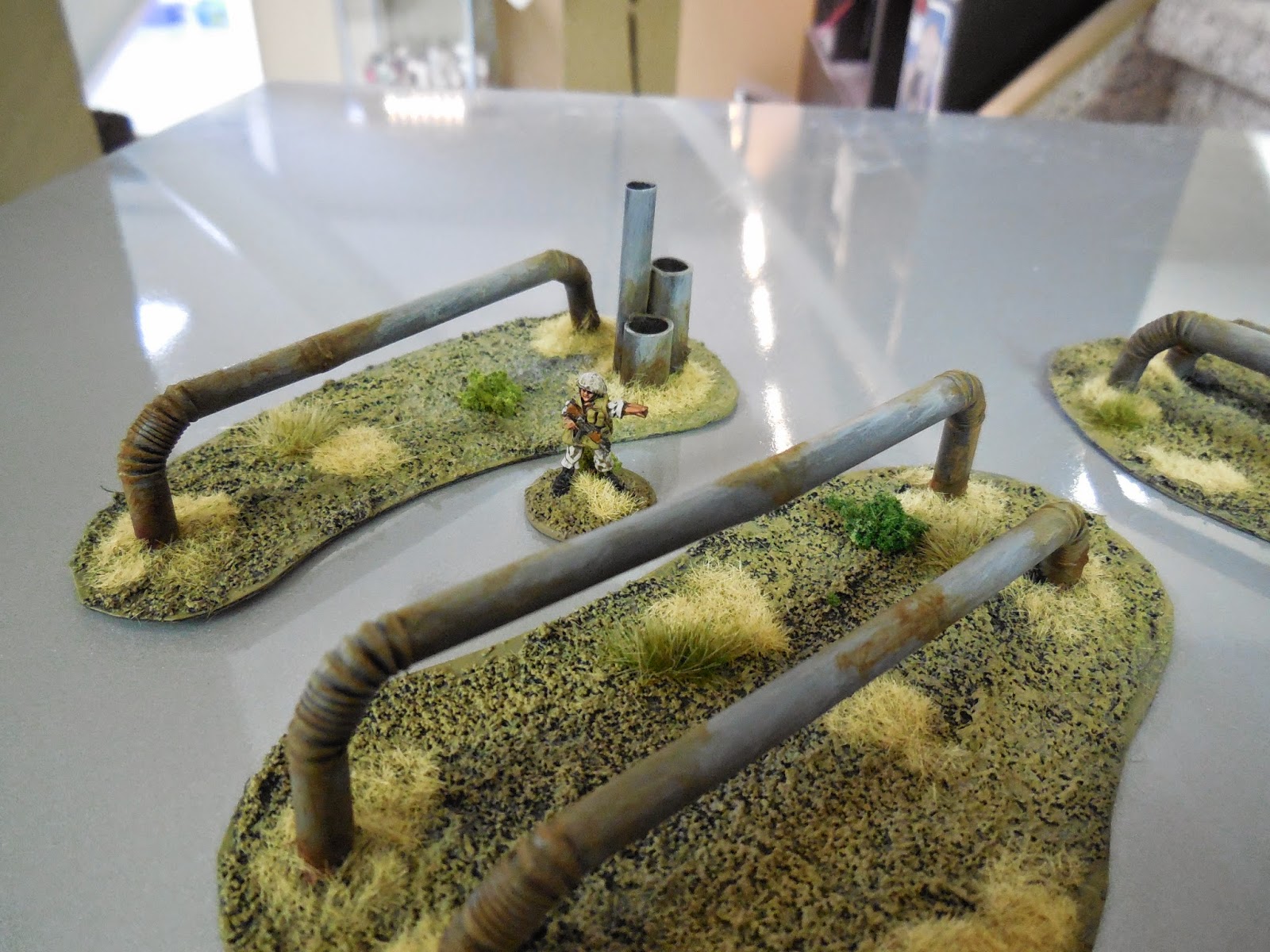 It'll work for generic sci-fi purposes as well. A worthwhile project for a weekend afternoon I reckon.

Very nice tanks and impressive straws- I like the way you've 'hidden' the joins by painting them as joins!

Dude - these look great! The IDF gunners are overjoyed...

lovely work as usual! I couldn't find much on Chinese farm either!

Definitely picking up some drinking straws next time I'm at the grocery store.

Great job on both projects