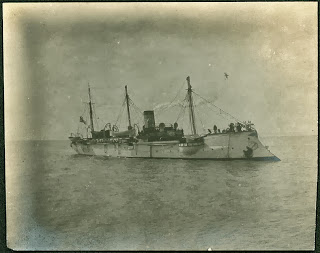 Last year I ran a fairly well-received Russo-Japanese War naval scenario, re-creating the Battle off Ulsan. I do enjoy playing pre-dreadnought cruiser engagements. The action is fast and furious, and you don't have to keep track of lots of big battleships, aircraft, or submarines.

I have since purchased some more 1/2400 scale Russian and Japanese ship models from Panzerschiffe. The statement quoted in the title above was made by my wife, remarking on the size of these little resin models. (That`s a Canadian quarter in the photo below.) 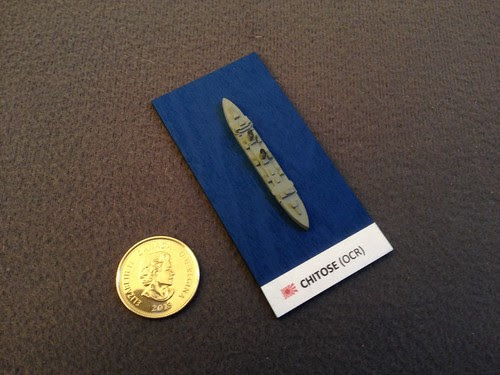 I got enough cruisers and gun- and torpedo-boats to recreate the Battle of Chemulpo Bay, fought on Feb. 9, 1904 near the current Incheon, Korea. At the time, the Russians had a couple of ships in Chemulpo Bay, the main port for Seoul. There was the Variag, a protected cruiser, and the Korietz, an older gunboat (pictured at the top of the page). This battle, one of the opening engagements of the war, was part of a larger strategic plan by the Japanese to inflict a pre-emptive strike against Russian assets.

The Japanese commander delivered a letter to the Russian cruiser Variag and neutral vessels, including the British cruiser Talbot, the French cruiser Pascal, the Italian cruiser Elba, and the U.S. gunboat USS Vicksburg and collier USS Pompey:

Sir: I have the honor to notify you that as hostilities exist between the Empire of Japan and the Empire of Russia at present I shall attack the men-of-war of the Government of Russia, stationed at present in the port of Chemulpo, with the force under my command, in case of the refusal of the Russian senior naval officer present at Chemulpo to my demand to leave the port of Chemulpo before the noon of the 9th of February, 1904, and I respectfully request you to keep away from the scene of action in the port so that no danger from the action would come to the ship under your command. The above-mentioned attack will not take place before 4 o'clock p. m. of the 9th of February, 1904, to give time to put into practice the above-mentioned request.

If there are any transports or merchant vessels of your nationality in the port of Chemulpo at present, I request you to communicate to them the above notification.

I have the honor to be, sir, your most obedient servant,


It is an interesting action, where the Variag and the Korietz fought at a marked disadvantage against a strong Japanese squadron of several cruisers and torpedo boats.

This weekend I based and labeled the ship models. 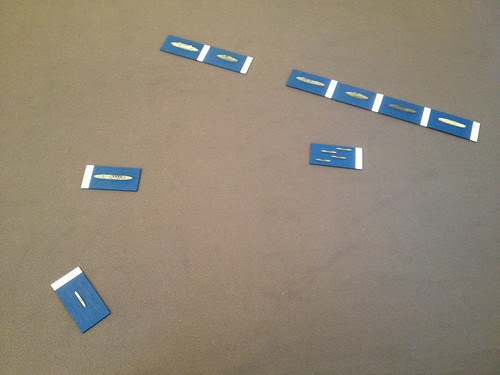 I plan on again using Coaling Stations, a fast playing game. Under these rules torpedo boats of a  division are collected together on a single base. 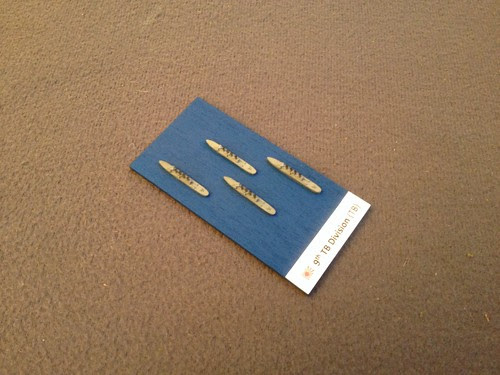 Some of the Conscripts have also expressed an interest in re-fighting the Ulsan action. That is a more balanced scenario, pitting six Japanese cruisers against three or four Russian commerce-raiding cruisers. The Japanese edge in numbers and technology is offset somewhat by the resilience and toughness of the larger Russian vessels. 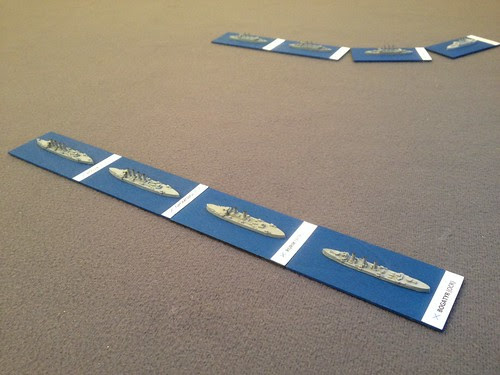 It looked like and interesting game, Russo-Japanese naval is an interesting period. We have gamed it in 1/600th scale using the "Fire When Ready" rules. We played on the floor of a warehouse with I think a 20ft by 20ft play area. Here is a battle report from my blog http://mlwodementia.blogspot.com/2009/10/russo-japanese-naval-battle.html

Nice looking ships, and well based too. Will look forward to more installments of this.

ColKillgore, that's a good looking scneario you posted about. The 1/600 scale ships look great; they are very evocative of the period.

Eventually it might be cool to re-create larger battles, that included batleships.

The ships are from my buddy ChuckarooBob's collection. They are Merrimack Miniatures from Old Glory. We haven't played any more games lately but he is still adding ships to the fleet.