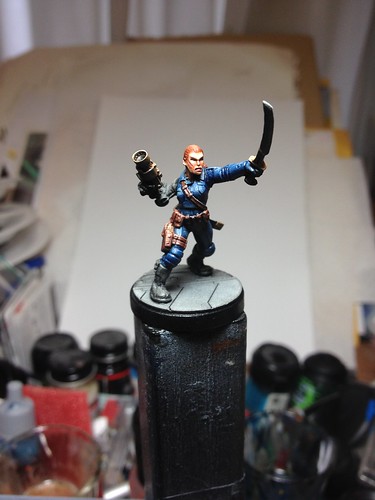 I used various shades of gray and white oil paints for the reflections off the blade of Kara's sword... 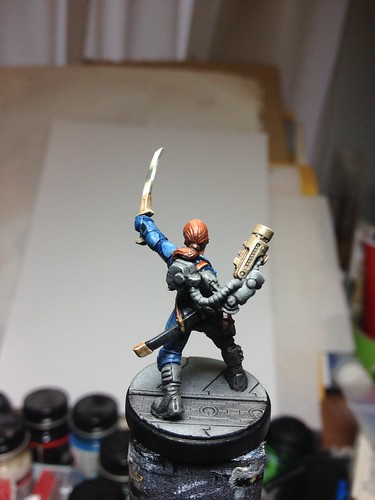 ...and Barker's tank top and exo-skeleton (with some rust stains added to the latter). 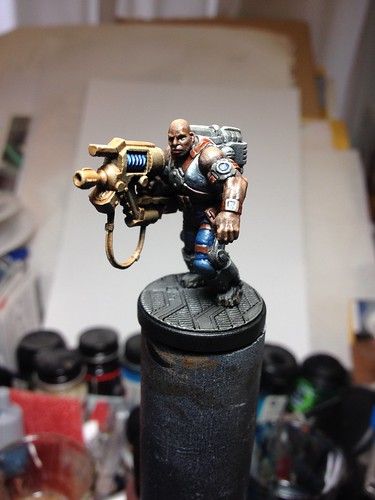 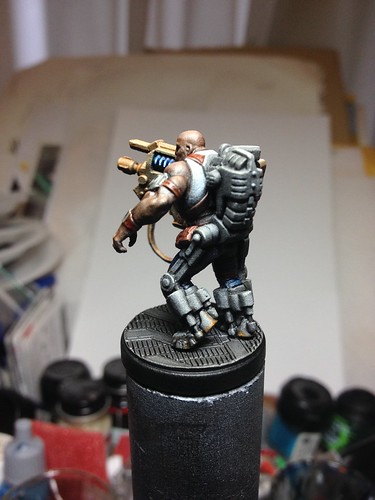 The photos don't show it well, but I used thin glazes of a Weber light flesh toned oil paint on Morgan's gloves to make them look like latex over flesh. 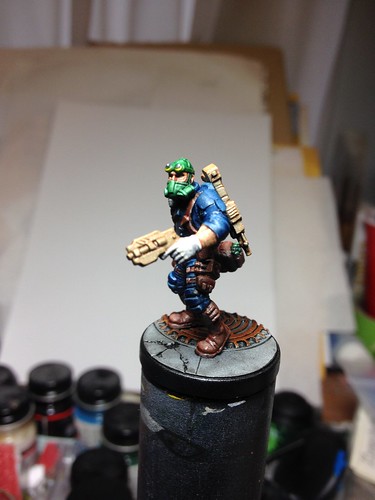 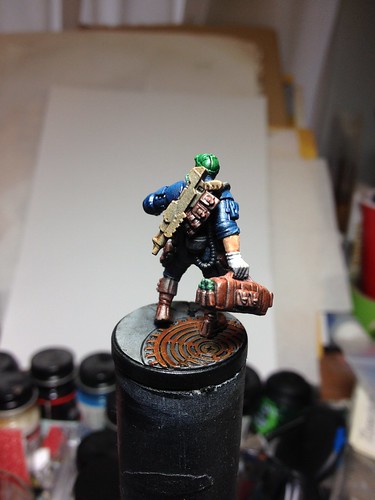 I now have a compact force of various Vanguard infantry and drones. 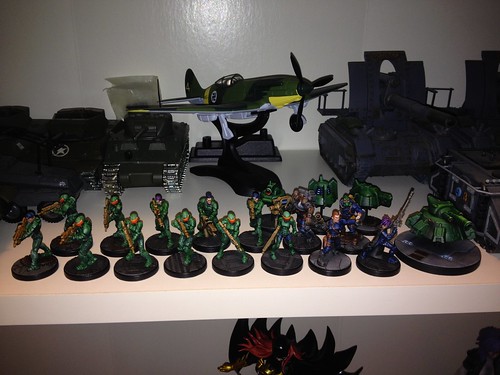 The Strain are next in my painting queue, but I do have future plans to add to my Vanguard:

Great stuff Dave. Can hardly wait to see all these cool models on the table!