A while back I published a listing of my Mad Plan, and then my Mad Plan - Update 1 for the Curt's 4th Annual Analogue Hobbies Painting Challenge. Well, since the challenge is now over, I felt I should give one final update on how it all went before moving onto other things.

Before going into specific pieces, here is an image of everything that I got painted for the Challenge.

That's a whole lot of figures! I think it is probably more than I have ever done in 3 months before!

Total count was:
The first goal I had was to get 8 infantry sections of Canadians and 3 infantry sections of Germans and 2 HMG's done for my WW1 force for Through the Mud and the Blood.  We'll on a pure number basis, that didn't happen, but I had mixed thoughts on if I would get them done entirely anyway as gamer ADHD sets in to quickly to stay on target for that many figures.

I did however get 6 Canadian Sections done, 3 German sections, and 1 HMG. 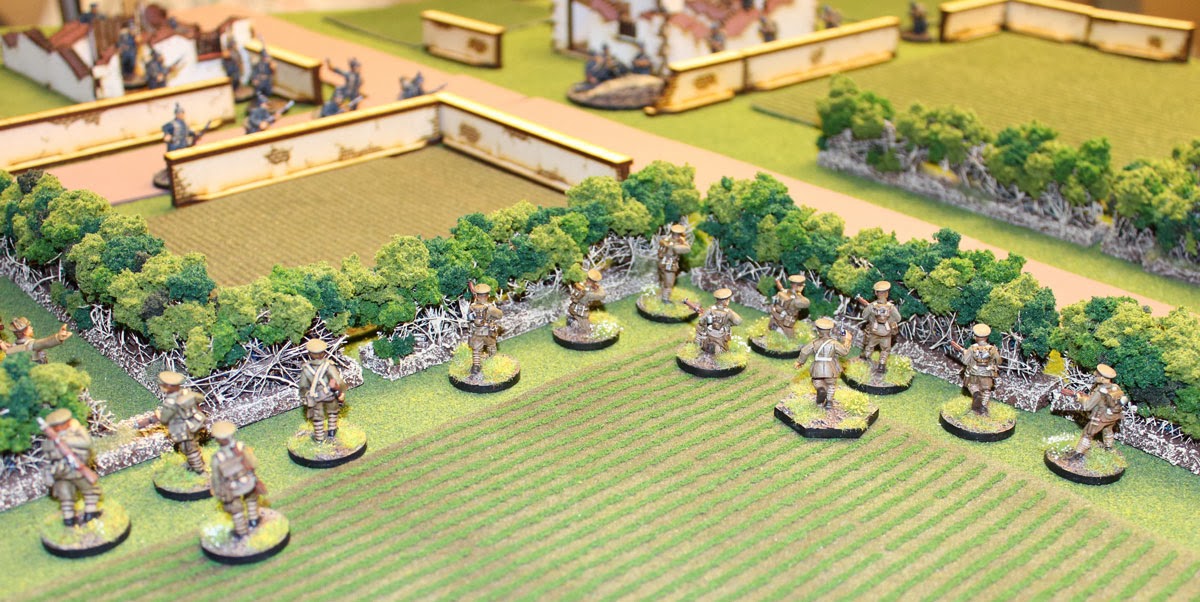 Even though I fell short by 2 Canadian infantry sections and a German HMG, I count the goal complete as I managed to get a game in with them, so it was all good. More pictures of the game can be found here: WW1 Take the Farm.
My second goal was to get at least one unit of 28mm French Napolionic figures done, so that I can actually contribute (in a VERY small way) to Napolionic games that Curt brings our way.

I left these way to late in the challenge and had a hard time with them, not knowing the period in detail enough to get specifics correct without bugging Curt and Greg a lot. I did however get them done, just in the nic of time, a complete unit of 30 infantry with a mounted commander. 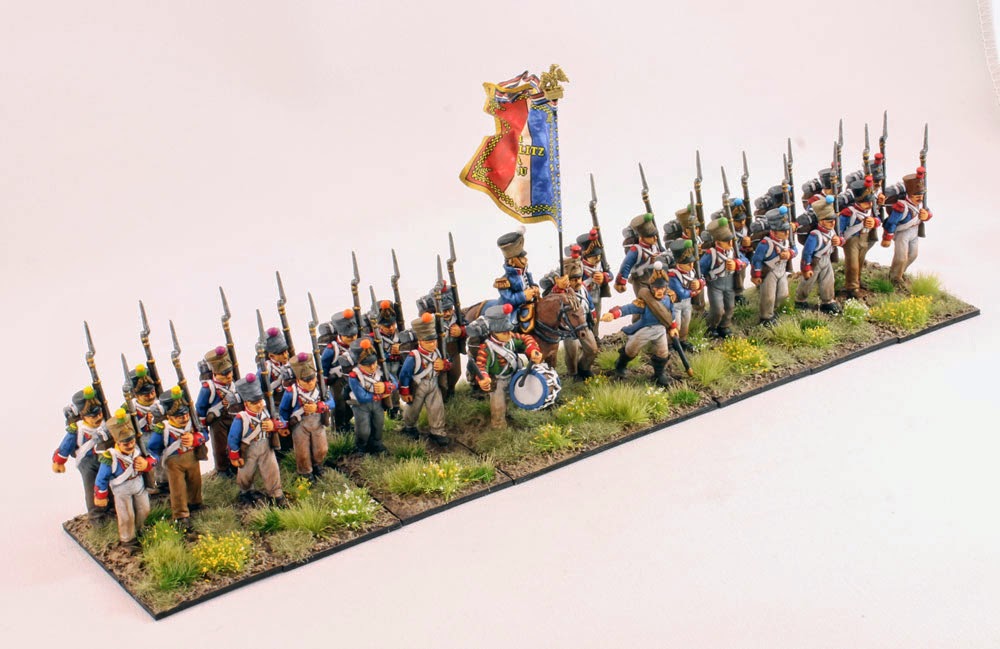 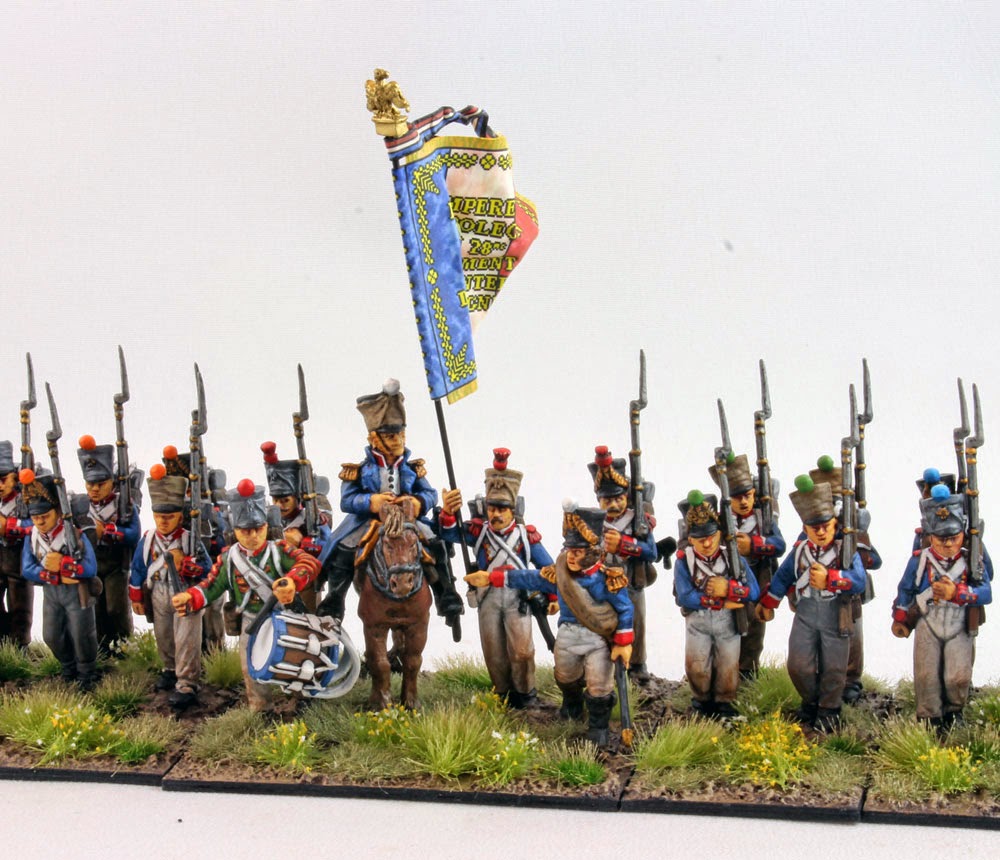 While not perfect, and I see flaws on individual models, as a whole group they look pretty damn impressive! Even if I do say so myself.  Greg and Curt have been supportive of this saying in this kind of game with mass infantry it is about the overall impression not having each individual absolutely perfect.  Coming from 40k I have issues with that, or maybe its my OCD, but I do have to agree when looking at the whole unit from table distance they are impressive.  I guess I have to try to get over the little things..... not very likely, but oh well.

My third stated goal was to clean up a lot of the stuff sitting around gathering dust. I started out OK with this but then kept adding more to my collection.  Greg especially was a bad influence with a venture into the 30k universe (more on that in a blog update later today).

I did however get a bunch of Zombicide figures painted in grey scale (picture in the fourth goal area below) and a complete Chain of Command Canadian WWII force done in 15mm, so I feel good about cleaning some things up at least.

My fourth and final goal was to submit at least 5 entries out of the 7 possible for the different bonus rounds.  I did even better by managing to complete a perfect 7/7.  This netted me a total 350 bonus points and really helped my overall score.  Even more importantly, it let me try different things and break our individual miniatures that I may not have gotten to otherwise. 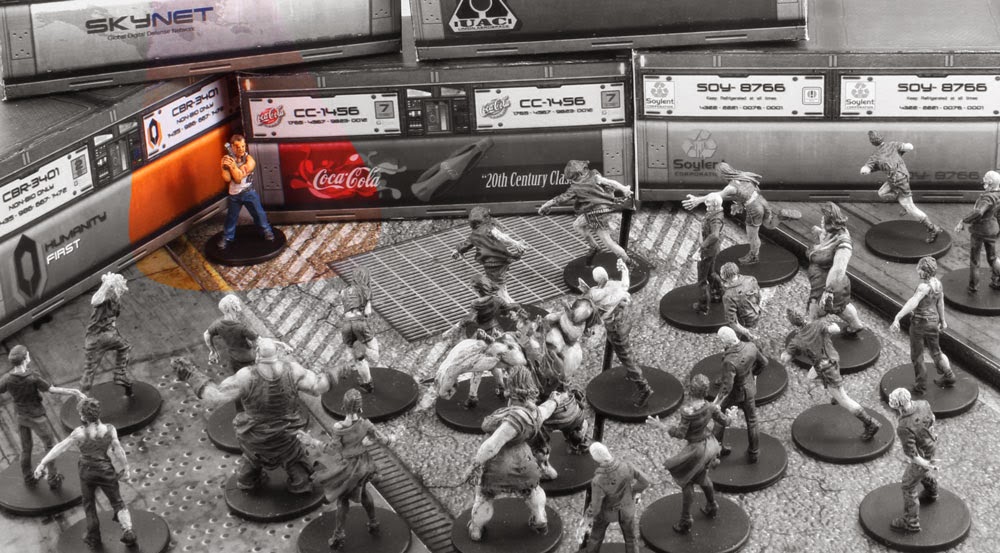 When the challenge started out, I initially wanted to complete 750 points worth of figures.  A 28mm standard trooper counts for 5 points.  This meant that I would have to paint roughly 150 figures in about 3 months, a lofty goal.  Then Curt added the fortnight challenge goals, each of which could add 50 points, so I upped my goal to 1000 points, with the thought that just maybe I could hit it.

By the end, I hit 1643 points and placed 10th out of 61 for pure quantity of work completed.  Overall, I am pretty damn happy with that!  Sure I could probably have painted more, but not while keeping to a table top quality for gaming that I would be happy with.

Again to Curt, a big thank you for running the event, it was a lot of fun and got me painting more than I have in probably forever!  I can barely wait for next year, already formulating a even madder plan for my second run through.  I am not sure if I will attempt to up my points goal, as I would rather go for more quality than quantity and keep the painting to a level I feel is worthy of seeing a tabletop, rather than just paint on a figure for points sake, especially since this is only for fun, there is no real winner or loser.

So I wrap this up with a comment to all the other Conscripts, especially those that did not enter this year:  Get Ready!  It was a lot of fun and something that should not be missed, make sure you plan ahead and let's see what we can get done as a club for next year.


You can find all my entries with this link: ByronM Entries for the 4th Annual Analogue Hobbies Painting Challenge.
Posted by ByronM at 9:08 AM

Cracking effort mate. I think the Naps are my favourites but it's all gorgeous.