I finished some drones for my Sedition Wars Vanguard forces. 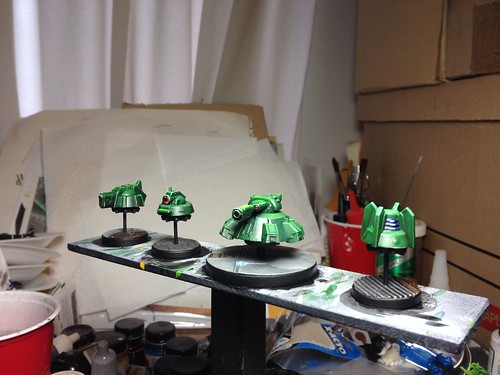 In the game, Hurley the Tactical A.I. is an expensive piece, but adds a lot of firepower and provides anti-nano-virus defense. 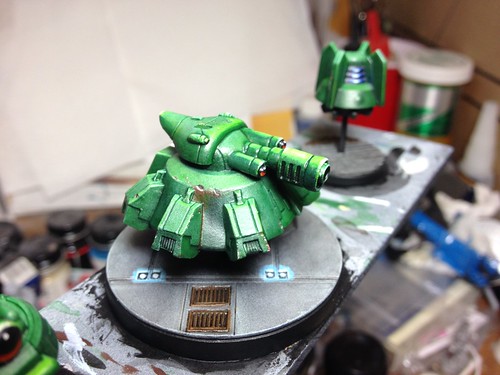 Hurley also has the ability to field and operate three types of mini-drones (namely, Attack, Sentry, and Shield drones), to support the Vanguard infantry. 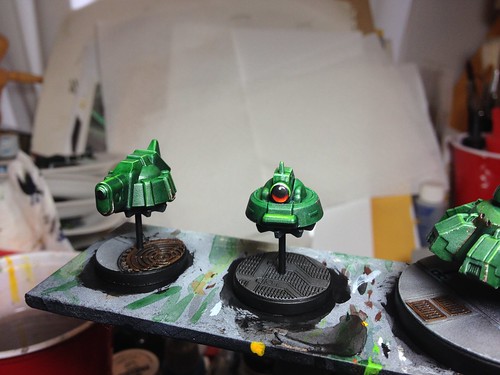 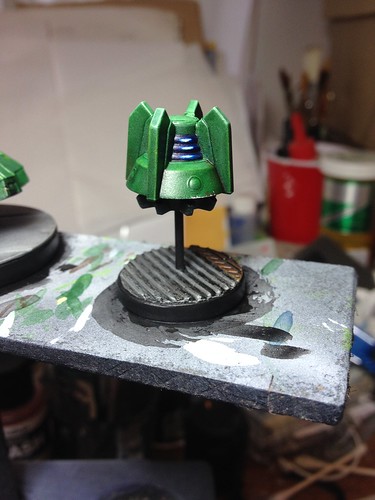 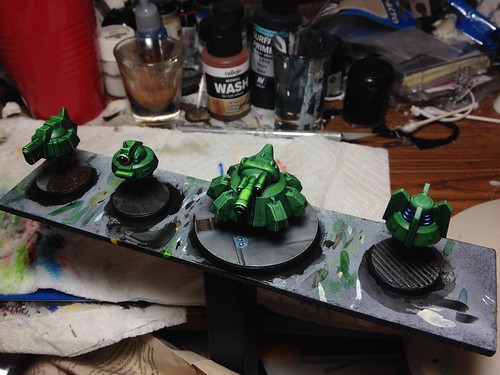 I figured that the A.I. drones (being functionally expendable) would not be as well maintained as the personal armour of the Vanguard Samaritans. Accordingly, I did some light weathering, adding acrylic paint chips, and some stains using oil paint dot filters. Optics (like the Sentry drone's glass cover, or Hurley's gunsights) were painted in Conscript BrianH's "gem" style. 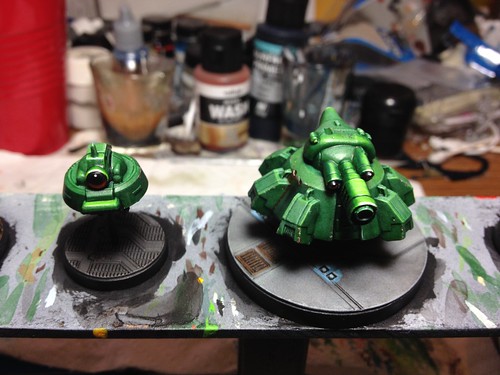 Hurley's hull was slightly miscast, so I added some battle damage. 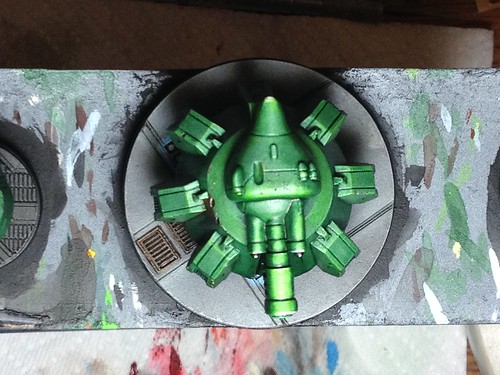 Great work Dave - I love those drones. Neat sculpts...they have some character, even though they are just AIs...